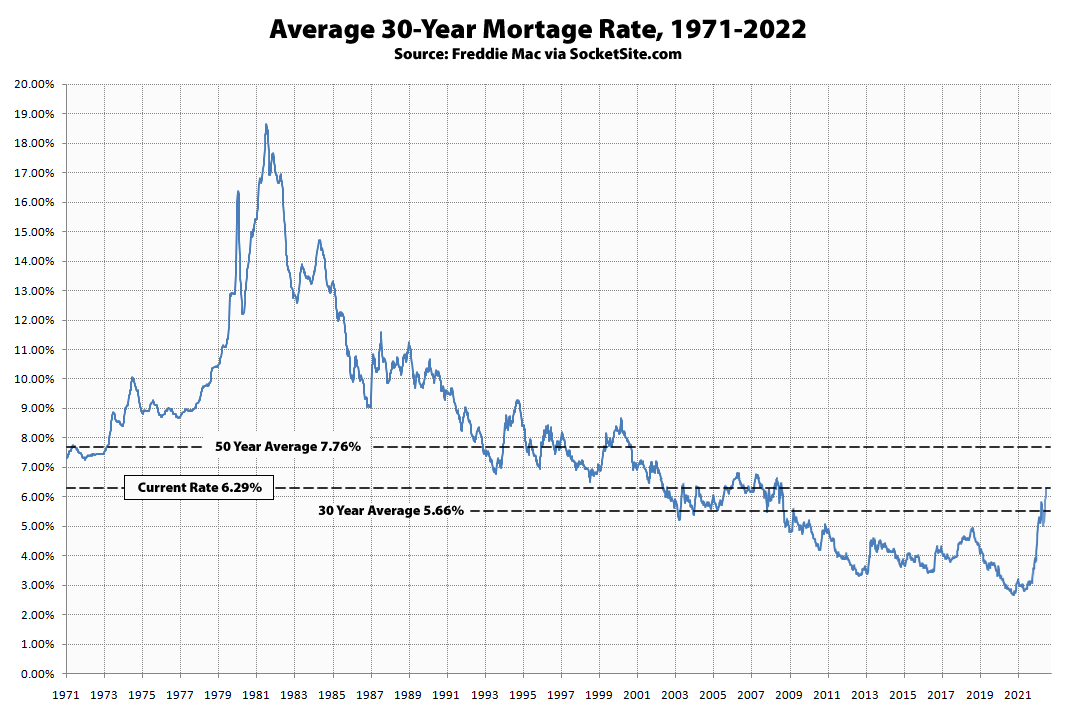 Measured prior to yesterday’s announcement of another 75 basis point hike by the Fed, the average rate for a benchmark 30-year mortgage had already climbed another 27 basis points (0.27 percentage points) over the past week to 6.29 percent.

All that being said, keep in mind that the prevailing 30-year rate isn’t particularly high relative to its historic averages. And while yesterday’s rate hike appears to have been mostly priced in by the markets, the 10-year treasury rate, which is the foundation for 30-year mortgages, subsequently ticked up 12 basis points and the probability of the Fed raising rates by at least another full percentage point (100 basis points) by the end of the year is now running around 98 percent.