Number of Homes for Sale in San Francisco Has Jumped 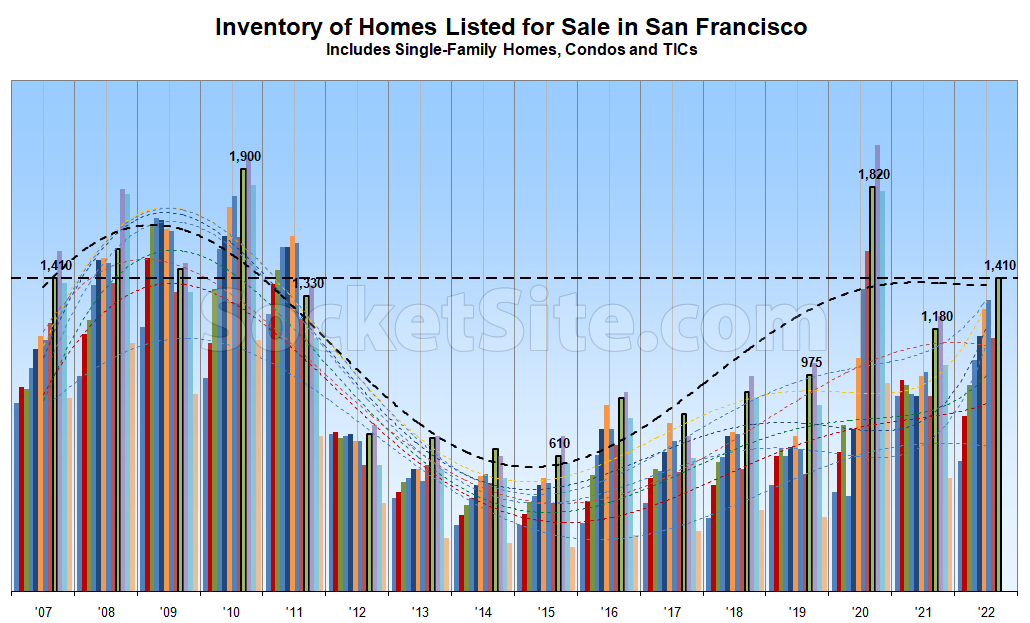 Driven by a pronounced slowdown in the pace of sales, the net number of homes on the market in San Francisco (i.e., inventory) has jumped by 25 percent over the past two weeks to 1,410, which shouldn’t catch any plugged-in readers by surprise.

Expect inventory levels to continue to climb over the next month to an annual peak in October and then trailing off through the end of the year, with an increase in reductions and properties being withdrawn from the MLS before returning in the spring. We’ll keep you posted and plugged-in.