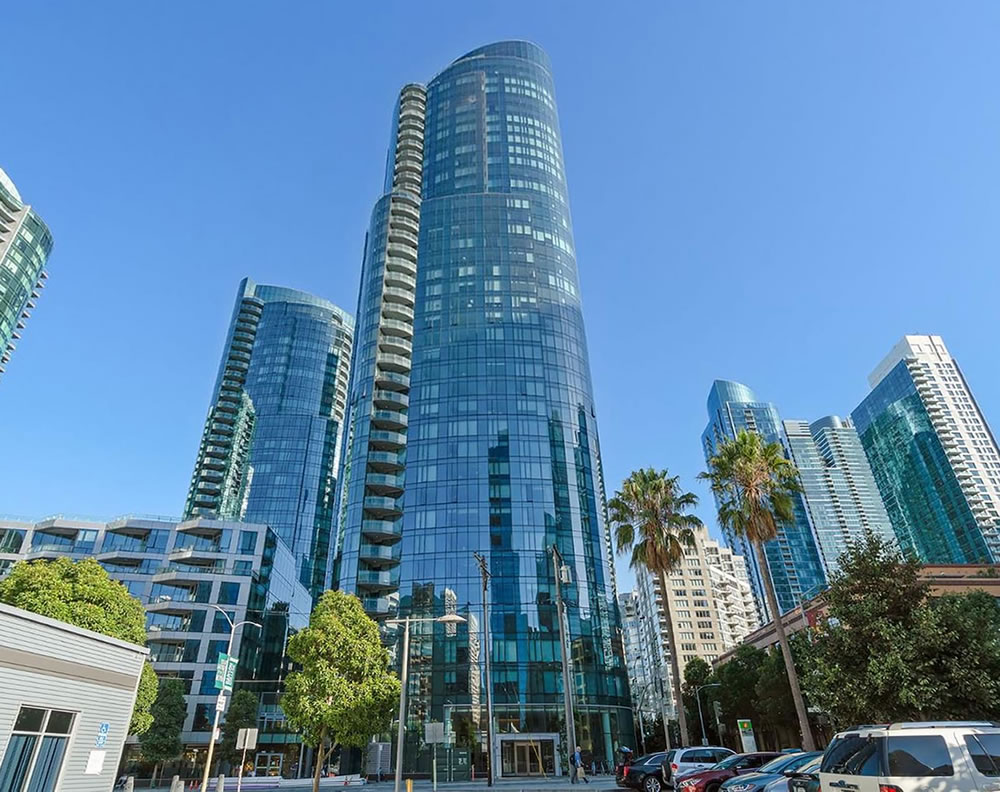 Purchased for $1.650 million in July of 2016, the 1,366-square-foot, two-bedroom unit #7E in the Lumina tower at 201 Folsom Street, an interior facing unit with “peaceful garden views,” returned to the market priced at $1.899 million in 2019 but was withdrawn from the MLS without a sale having closed.

At the same time, the estimated carrying cost of the unit would now run around $10,400 per month “at asking,” including a 30-year jumbo mortgage at the prevailing benchmark rate with 20 percent down, property taxes, insurance and HOA dues of $1,287 per month, but not accounting for the opportunity cost of that $280,000 down payment. The carrying cost with a 5-year ARM would be closer to $9,500 a month, assuming a conforming rate could be secured.

A sale “at asking” would also be 15 percent below the price the luxury two-bedroom condo fetched in 2016 when the average 30-year rate was running at around 3.5 percent versus closer to 7.0 percent as of today.