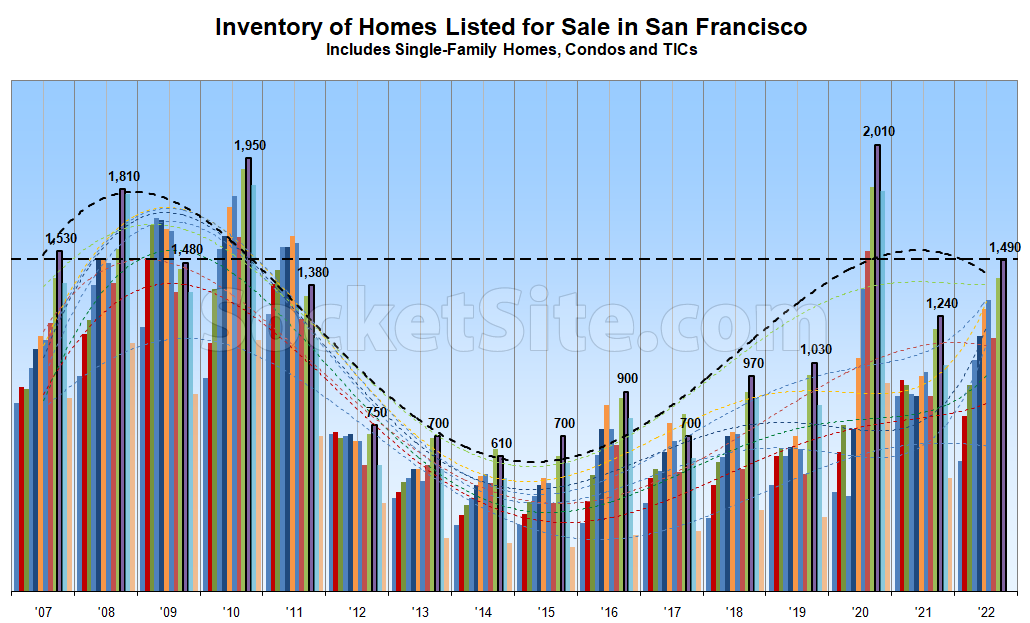 Having effectively peaked a couple weeks ago, as projected, the net number of homes on the market in San Francisco (i.e., inventory) remains 20 percent higher than at the same time last year, 45 percent higher than prior the pandemic, and over twice as high as in 2015, driven by a pronounced drop in sales.

In fact, listed inventory levels have effectively hit a 12-year high in San Francisco, save for when the market was frozen in 2020, with 34 percent of the homes on the market having now been reduced at least once, which is up from 25 percent at the same time last year.

Expect inventory levels to continue to start inching down through the end of the year in the absolute, accompanied by a further increase in reductions and properties being withdrawn from the MLS before returning in the spring. We’ll keep you posted and plugged-in.