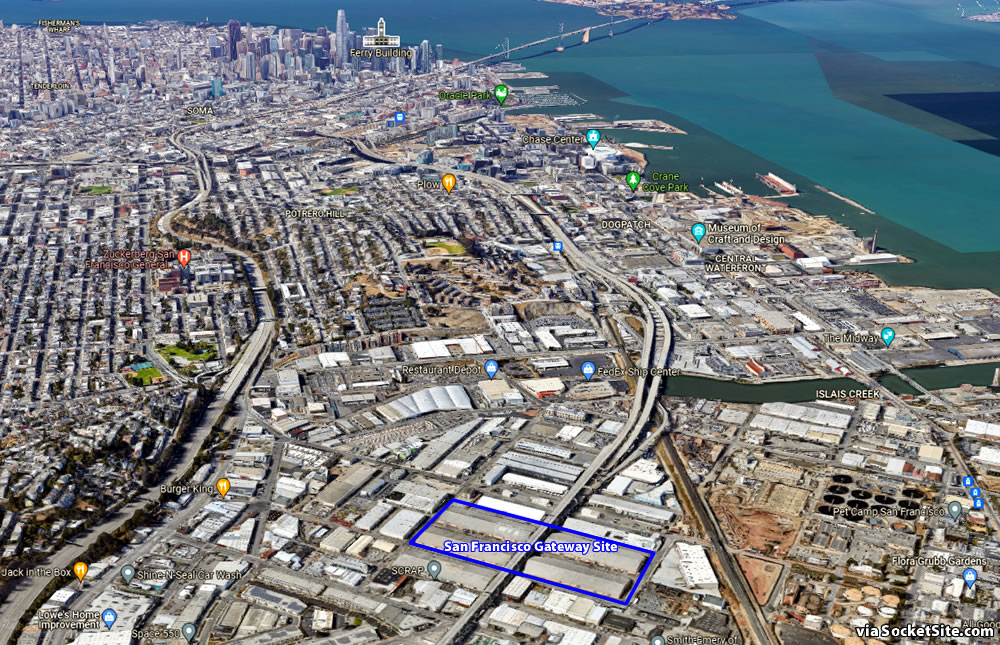 It was that back in 2014 that we first noted that the LaSalle Industrial Park complex at 749 Toland Street, upon which four single-story warehouse buildings with a total of 448,000 square feet of space currently sit, bisected by I-280, was on the market in western Bayview.  And as we outlined at the time, the 17-acre site presents an opportunity for the largest industrial redevelopment in San Francisco in over a decade, the draft plans for which were subsequently drawn.

Since refined by Prologis, the massive “San Francisco Gateway” project would rise up to 115 feet in height on either side of I-280 and yield nearly 1.2 million square feet of “Production, Distribution and Repair (PDR)” space, with 760,000 square feet allocated to parcel/last mile delivery uses, 372,000 square feet for wholesale and storage, and a token 35,000 square feet for light manufacturing/maker uses; along with parking for 1,166 vehicles, 72 loading spaces, two logistics yards and 8,400 square feet of ground floor retail space. 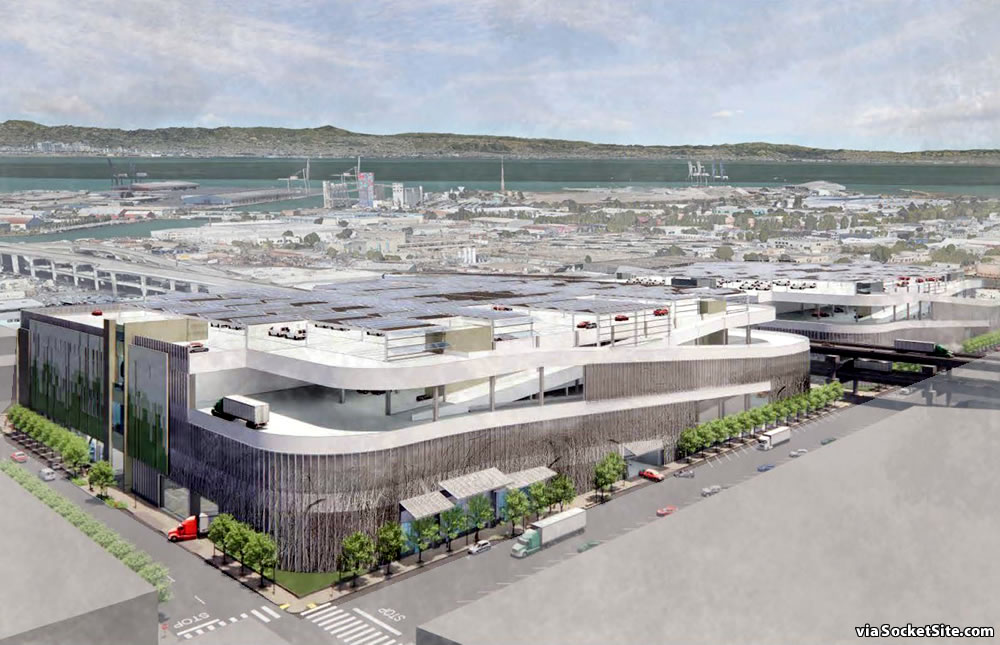 A priority processing application for the Gateway project, which would require the 65-foot height limit for the site to be increased, was approved last year and the preparation of an environmental impact report (EIR) for the project is now about to get underway.

As a point of reference, the proposed Gateway project, which is likely to spark grander plans for the surrounding neighborhood and parcels, not to mention plenty of conflict, would be around three times the size of Amazon’s proposed distribution and delivery station to rise upon the Prime Showplace Square parcel at 900 7th Street. We’ll keep you posted and plugged-in.