Plans for a Massive New Industrial Center in San Francisco 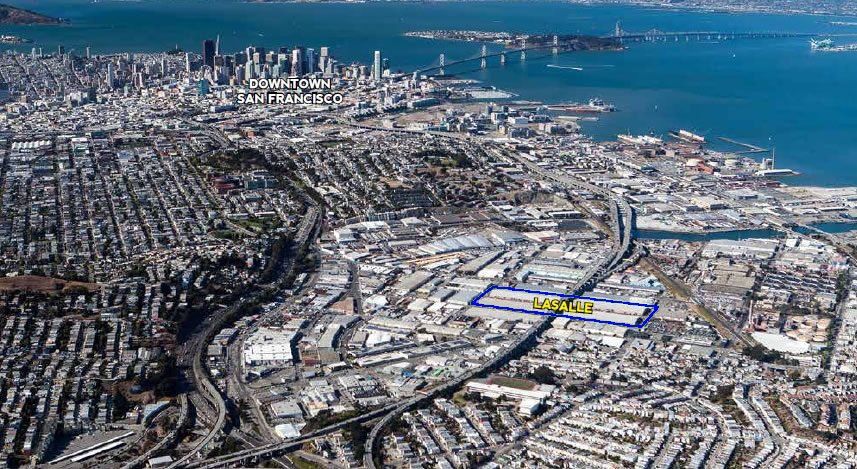 A few years ago we first noted that the LaSalle Industrial Park complex at 749 Toland Street in western Bayview, upon which four single-story warehouse buildings with a total of 448,000 square feet of space currently sit, bisected by I-280, was on the market. And as we wrote at the time, the 17-acre site represents the largest industrial redevelopment opportunity in San Francisco in over a decade and is currently zoned for development up to 65 feet in height.

Plans to raze the existing buildings on the site have since been drafted. And as newly proposed, the massive “San Francisco Gateway” project will rise up to 115 feet in height on either side of I-280, with four new buildings yielding over 1.1 million square feet of modern Production, Distribution and Repair (PDR) space and a central parking structure with 380 loading spaces and slots to park an additional 750 cars. 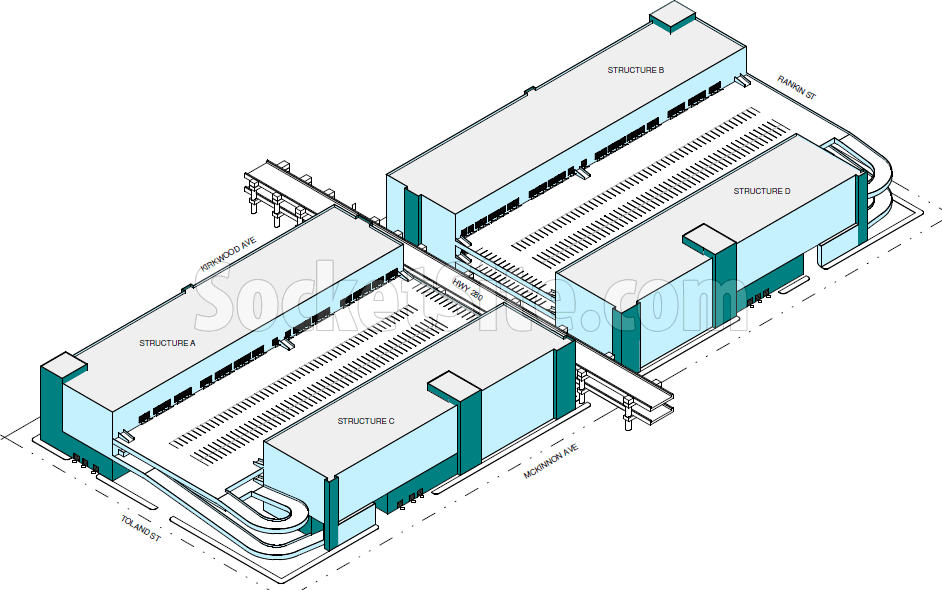 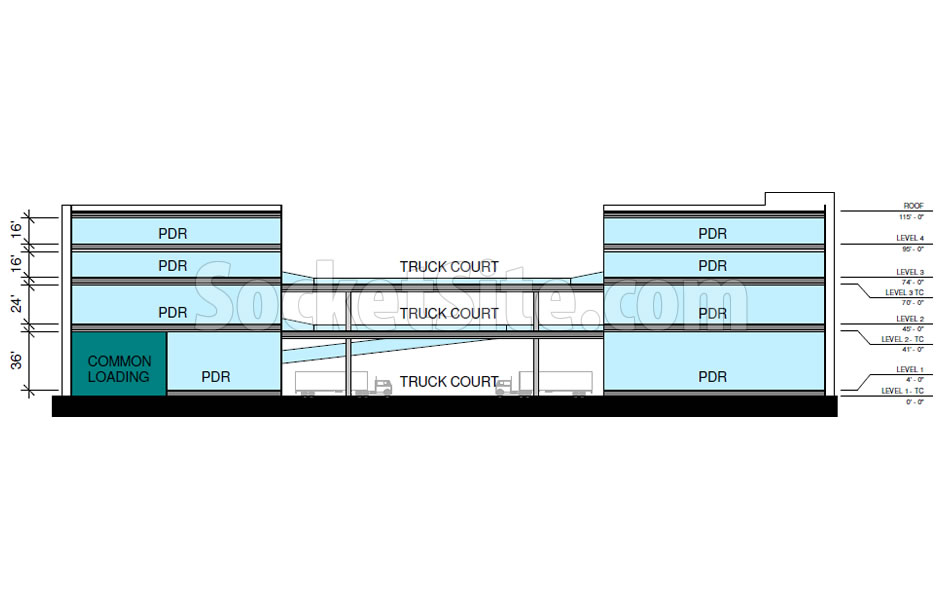 Positioned by Prologis as a new industrial center for the City, an up-zoning for the Gateway project’s parcels will need to be approved for the development to proceed as proposed. And the proposal is likely to spark grander plans for the surrounding neighborhood and parcels, not to mention plenty of conflict.

As a point of reference, the proposed Gateway project would be roughly three times the size of the Hundred Hooper Innovation Campus that’s approved to rise at the base of Potrero Hill.

Why LuLu's Shuttering Shouldn't Come as a Surprise