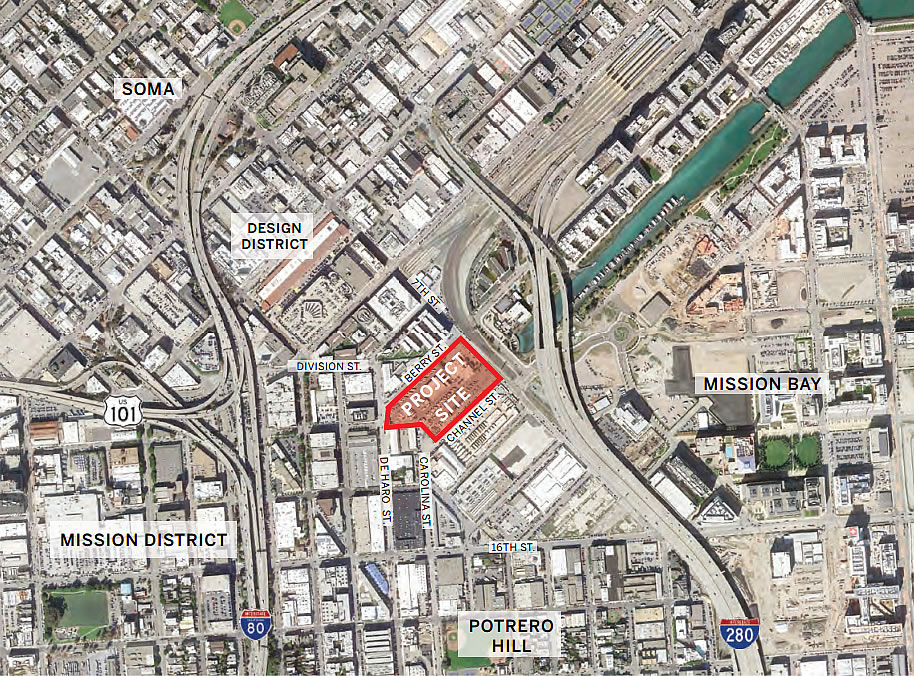 While plans to build up to 500 residential units, between 550,000 and 625,000 square feet of office space and an additional 200,000 to 312,500 square feet of “PDR” space with ground floor retail on the nearly 6-acre Recology site at 900 7th Street – which is bounded by 7th, Berry, De Haro, Carolina and Channel – have been in the works since 2018, Amazon has just announced that it has paid $200 million for the prime Showplace Square site and plans to build a 510,000-square-foot distribution center on the parcel instead. 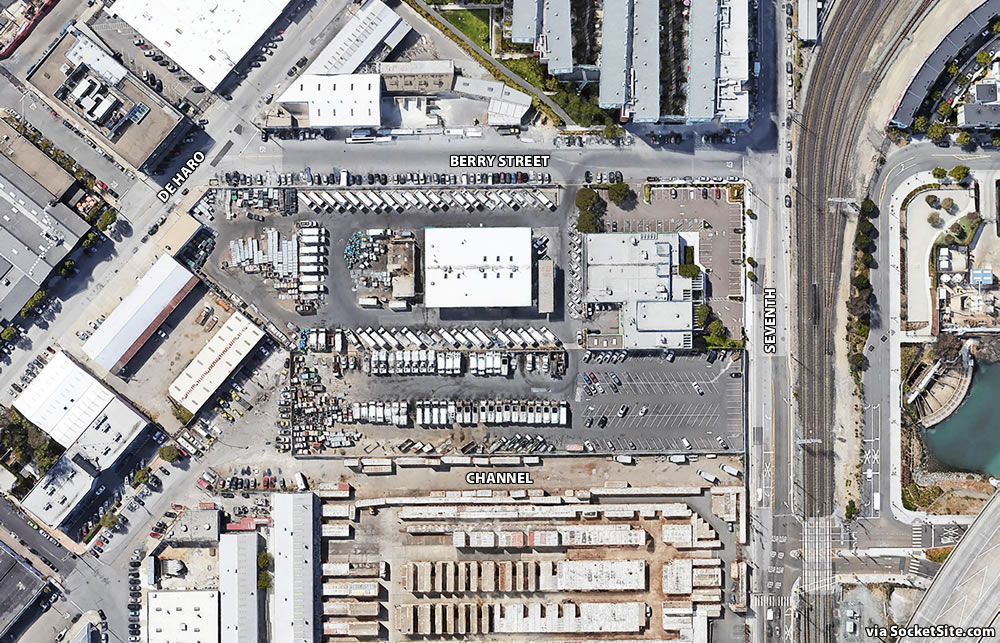 Amazon’s three-story center would rise up to 57 feet in height on site as envisioned, with a 122,200-square-foot logistic facility on the ground floor, 22,700 square feet of accessory office space and 350,000 square feet of interior loading, staging and off-street parking space for vehicles. And the center’s roof would yield an additional 215,000 square feet of active “fleet staging space,” enough for around 300 vehicles, as well.

Keep in mind that the site is zoned for PDR (Production, Distribution and Repair) uses as of right and would have had to be rezoned for either residential or general office uses and any development over 58 feet in height (as had been proposed).