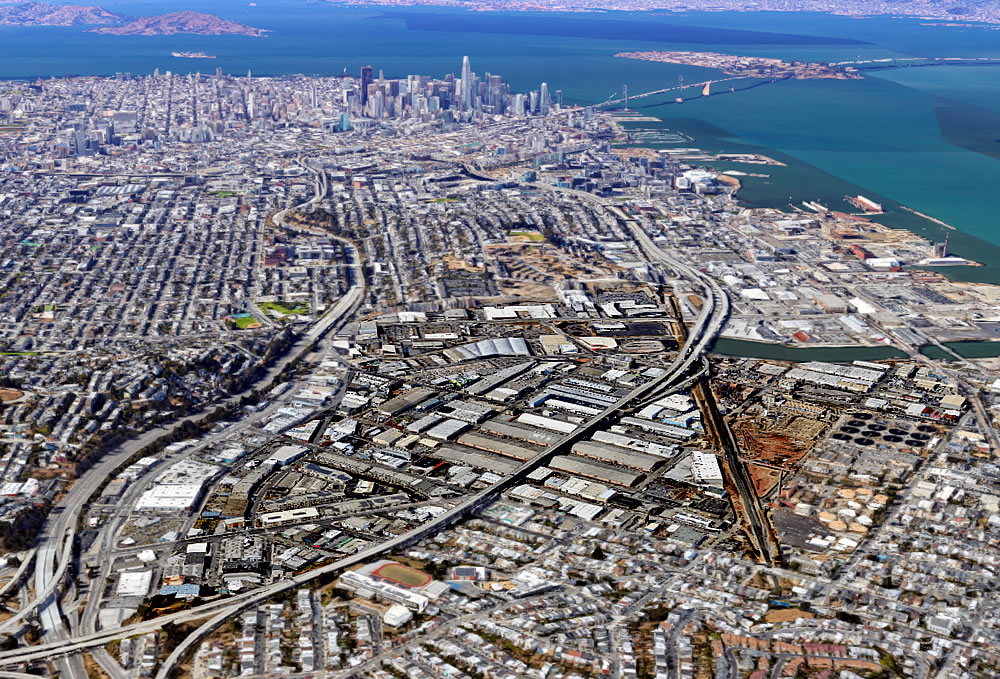 Created in 2001 to protect industrial businesses from being displaced by higher-paying residential, retail and office developments in San Francisco’s Eastern Neighborhoods, the City’s Industrial Protection Zone (IPZ) Special Use District applies Manufacturing (M) zoning controls to a large swath of land in Bayshore and western Bayview, generally bounded by 25th /26th Streets to the north, the Caltrain right-of-way to the east, Oakdale/I-280 to the South, and Barneveld/Loomis to the west (along with an area east of the Caltrain right-of-way, between Islais Creek to the north and the PUC Southeast Treatment Plant to the South, and a couple of other little patches as outlined below). 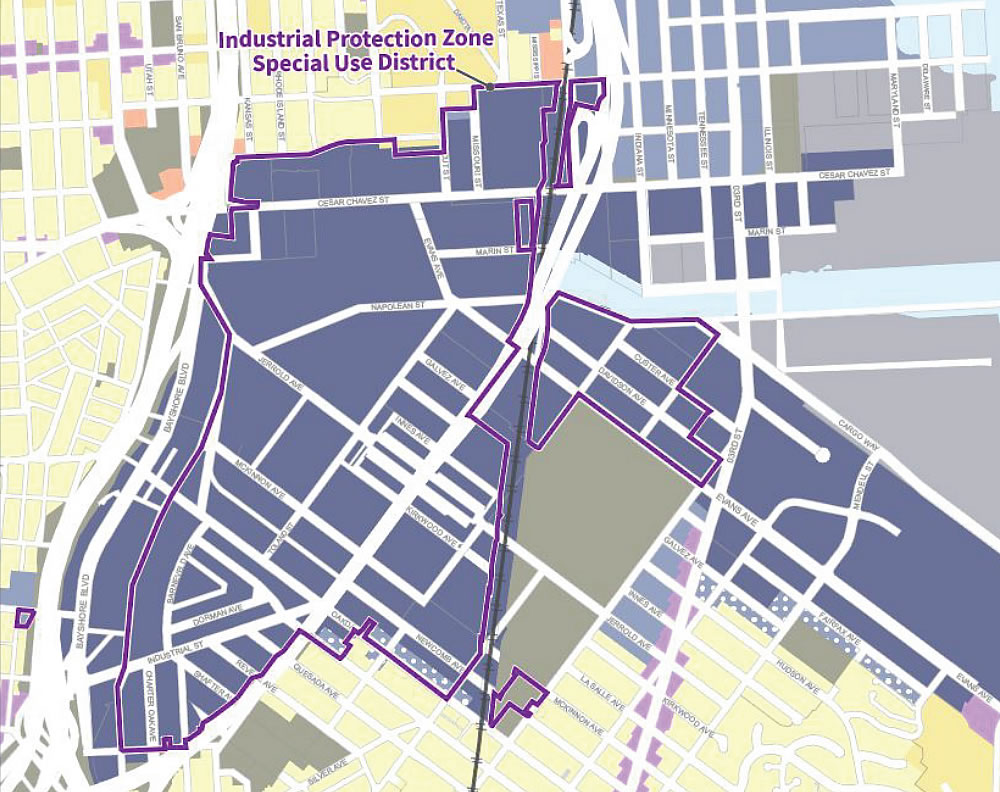 Plans to eliminate the Industrial Protection Zone Special Use District could be approved by San Francisco’s Planning Commission next week, however, at which point the underlying production, distribution and repair (PDR) zoning would then apply to the areas if then adopted by San Francisco’s Board of Supervisors.

Since the 1990s, however, the permissiveness of the M zones has been found obsolete and ineffective in dealing with the City’s market forces and land use dynamics. As the City’s economy changed over the last three decades, sensitive and more economically attractive uses like housing and office located within or adjacent to the M Districts. This raised concerns about compatibility and quality of life for residents in areas not designed for residential life; concerns about the ability to conduct industrial activity in such environments; and concerns about the preservation of industrially used land necessary for the City’s economic functions and diversity.

As a result of these dynamics, over the past 20 years the City rezoned almost all M-zoned parcels not under the jurisdiction of the Port, through the Eastern Neighborhoods, Bayview, and other comprehensive planning efforts. Several M district parcels in the Bayview and along infrastructure corridors were rezoned in September 2020.

It was an oversight not to remove the IPZ when PDR zoning was adopted in 2008. By referring to obsolete M-1 and M-2 zoning, the IPZ undermines the more robust, underlying PDR controls [and] leaves a loophole that allows self-storage, big box retail, and heavy industrial uses that are inappropriate for active and thriving PDR neighborhoods.

As plugged-in people should know, while residential and general office uses are not allowed within PDR districts, lab space, including ancillary office space to serve said labs, is a permitted PDR use.

In addition the proposed ordinance that would eliminate the IPZ would also newly allow Social Service or Philanthropic Facilities uses of greater than 5,000 gross square feet on parcels zoned Production, Distribution and Repair 2 (PDR-2) throughout the city. We’ll keep you posted and plugged-in.

Purchase Activity for New Homes in the U.S. Ticks Down