Amended Plans for More Parking and a Gated Mid-Block Mews 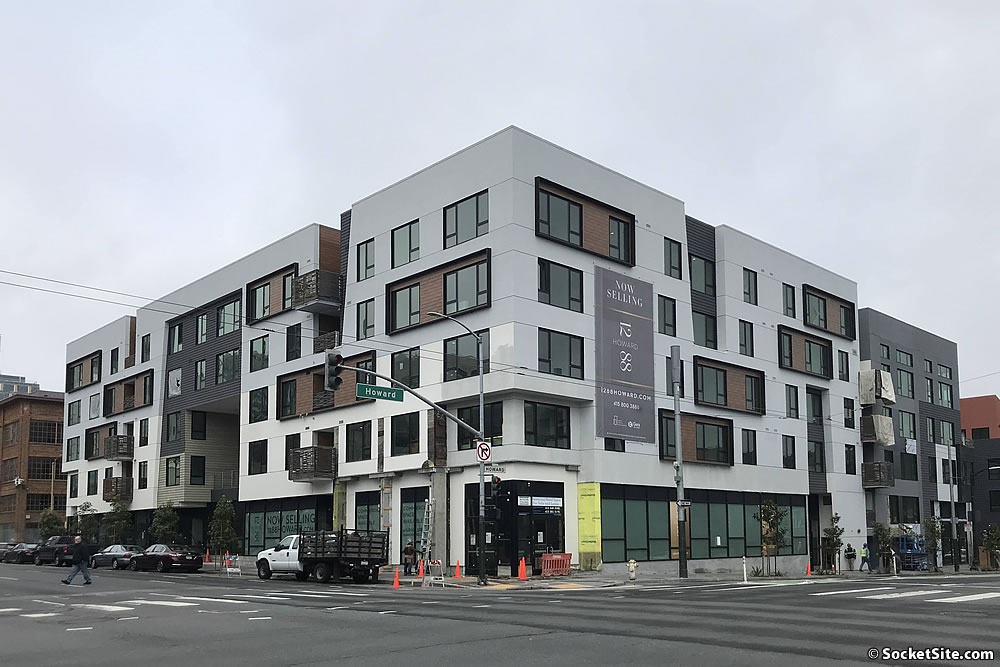 With construction on the five-story development on the northeast corner of Howard and Ninth nearing completion and pre-sales of the building’s 129 condos underway, the project team is seeking a modification of the entitlements for the project which were approved back in 2017.

In addition, plans for 8-foot-tall metal fences to rise on either end of the mid-block pedestrian mews through the development, which is to connect Howard to Natoma Alley, have been drawn and an exception to the requirement that the mews remain un-gated and freely passable 24 hours a day, “because of security concerns” for the 14 ground floor condos that will front the mews, is now being sought as well and could be approved next week. 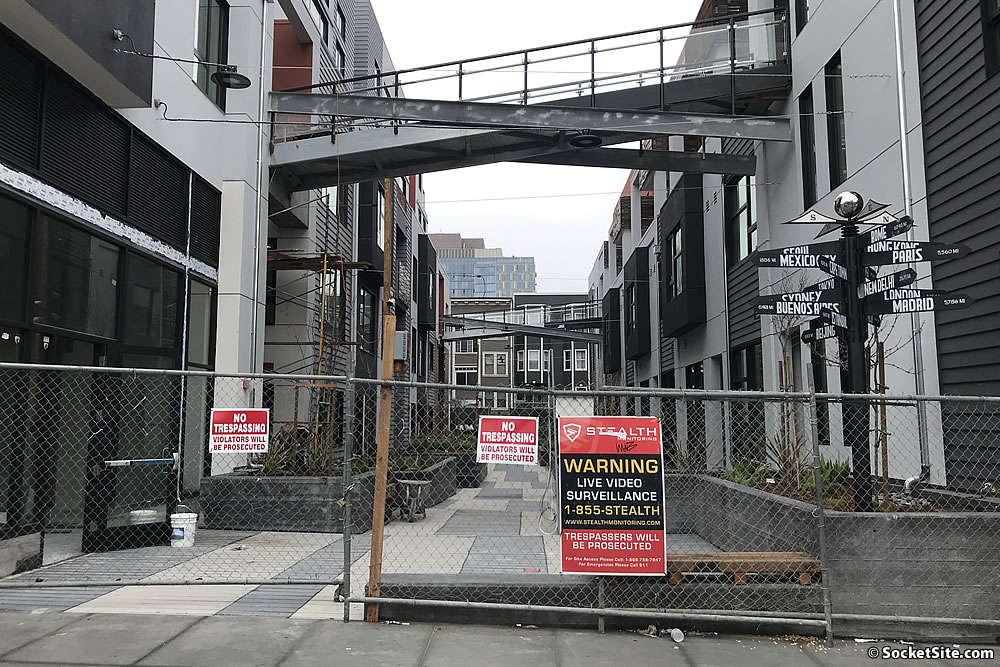 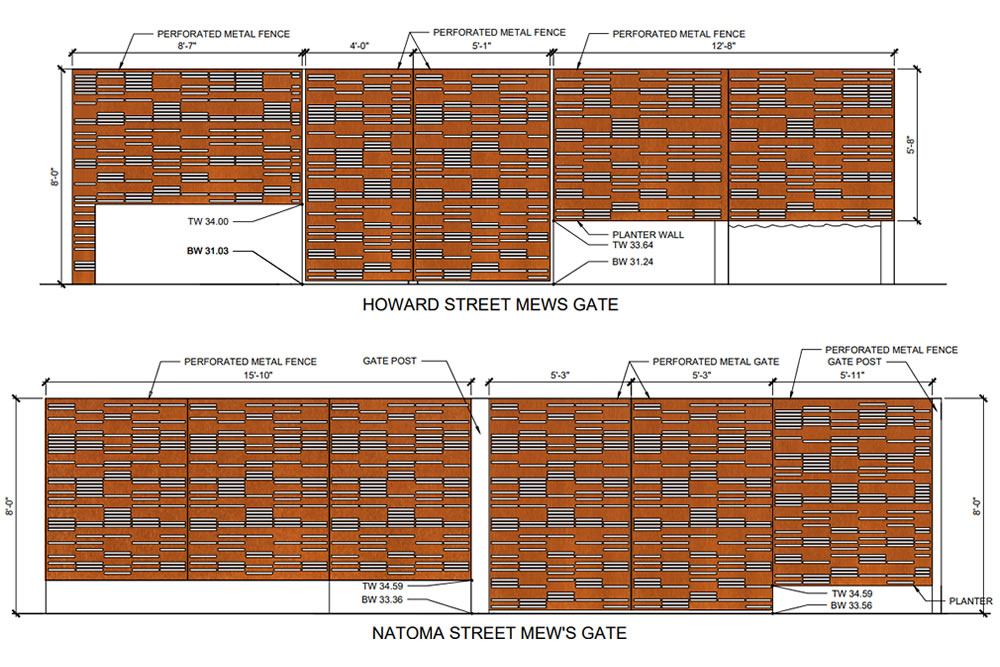 Pace of Home Sales in San Francisco Remains Down