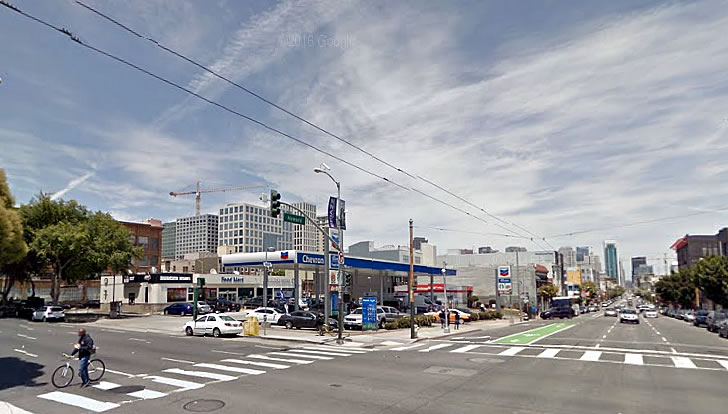 It was nearly twenty years ago that San Francisco’s Planning Department first authorized the theoretical conversion of the gas station parcel on northeast corner of Howard and 9th Street which is zoned for development up to 55 feet in height.

Two years ago, preliminary plans for razing the existing Chevron, Burger King and Starbucks on the 1298 Howard Street site, and building around 120 residential units over 13,000 square feet of commercial space, along with a mid-block pedestrian alley, were first submitted to the City for review, as we first reported at the time.

And as early as next month, the refined plans for 124 apartments, nearly 14,000 square feet of ground floor commercial space, and a basement garage for 71 cars (and 188 bikes) could be approved to rise up to five stories in height across the Western SoMa site.

As newly rendered by Levy Design Partners, the mid-block pedestrian alley between Howard and Natoma remains, which would be lined with residences and could be gated as designed.

And in terms of the project’s timing, while Chevron’s current lease runs out in two years time, we do believe there’s the possibility of an extension (or two). 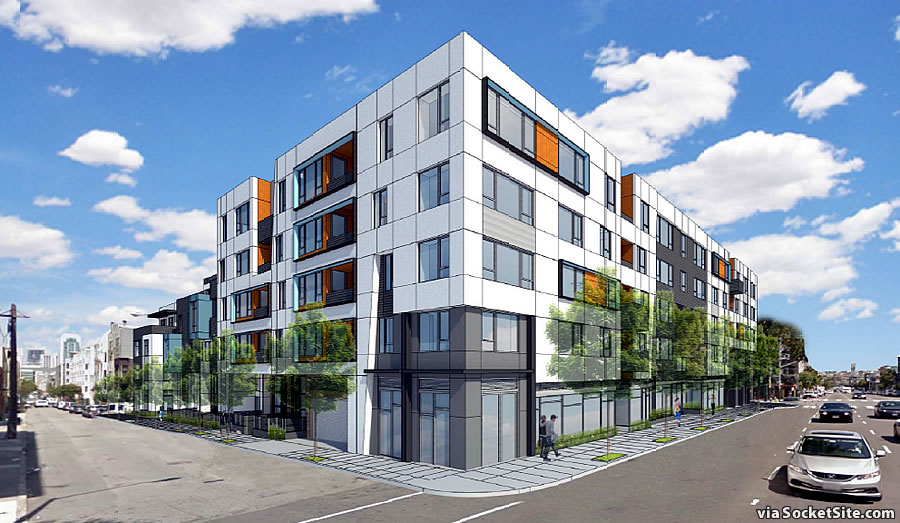