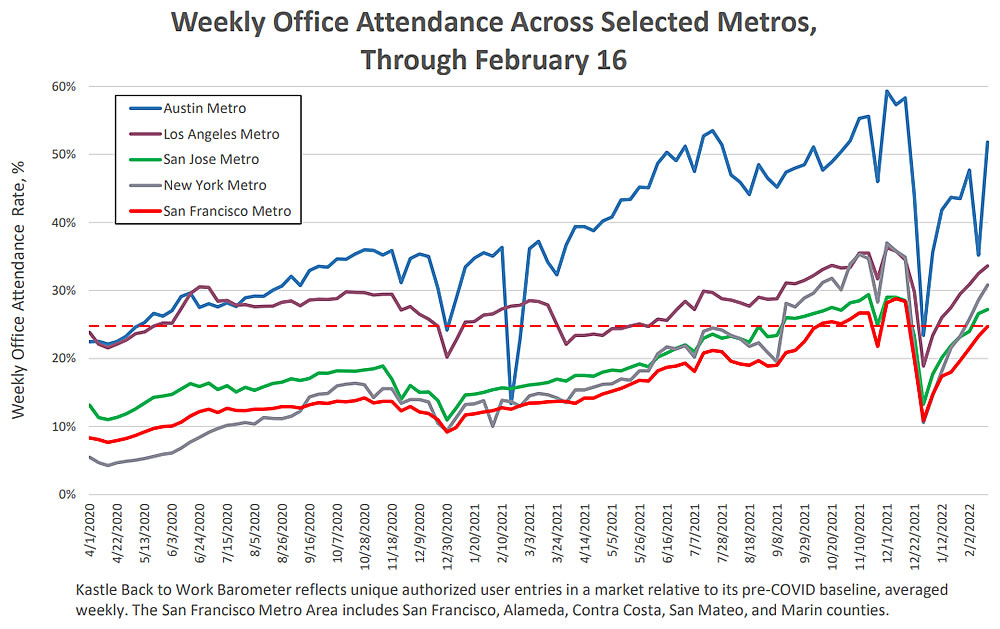 Having dropped back under 20 percent in January, driven by the Omicron surge, the weekly attendance rate for office workers in San Francisco, which was nearing 30 percent in mid-December, has since ticked back up to around 25 percent, according to the City’s latest Re-Opening report.

At the same time, the hotel occupancy rate in San Francisco, which dropped back under 30 percent last month, having briefly hit 50 percent in December and averaged closer to 80 percent prior to the pandemic, has ticked back up to around 45 percent. 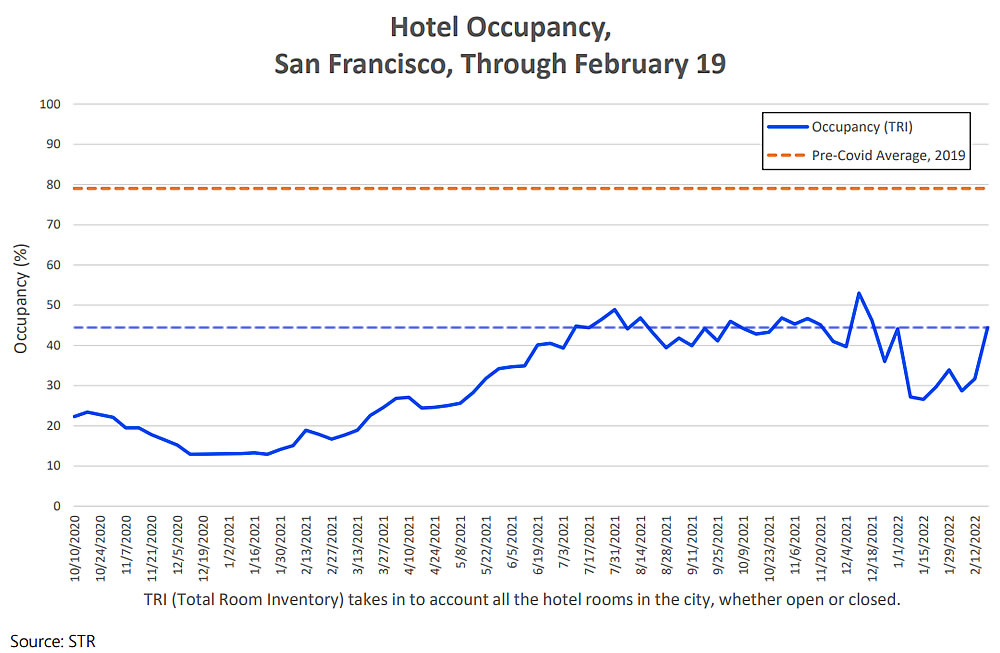 And having dropped at the end of last year, San Francisco residents are spending around 5 percent more time outside of their homes than they were last month but still 15 percent less time than two years ago. 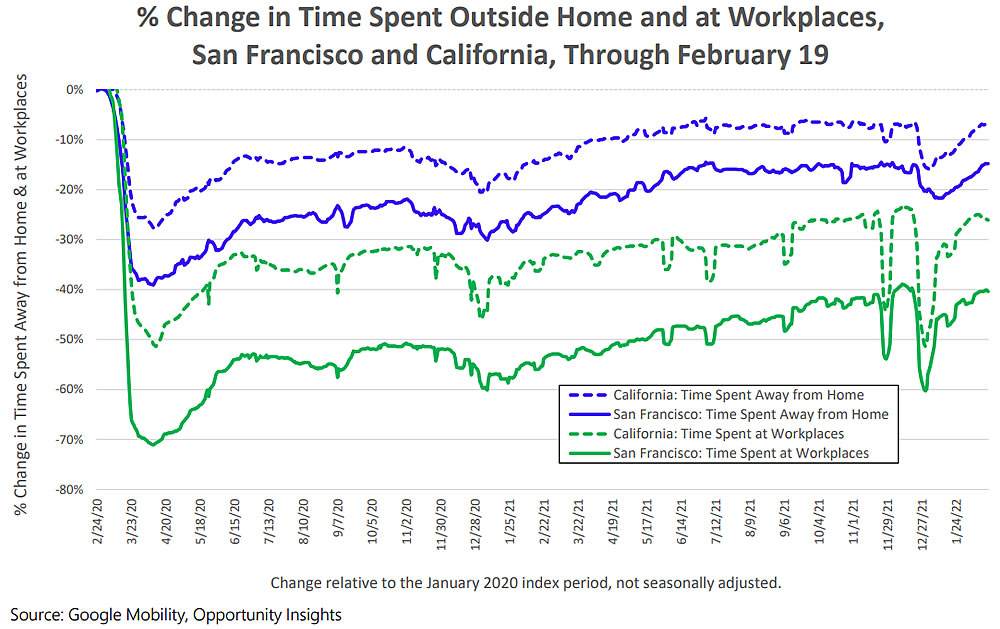 Number of Homes on the Market in San Francisco Climbs