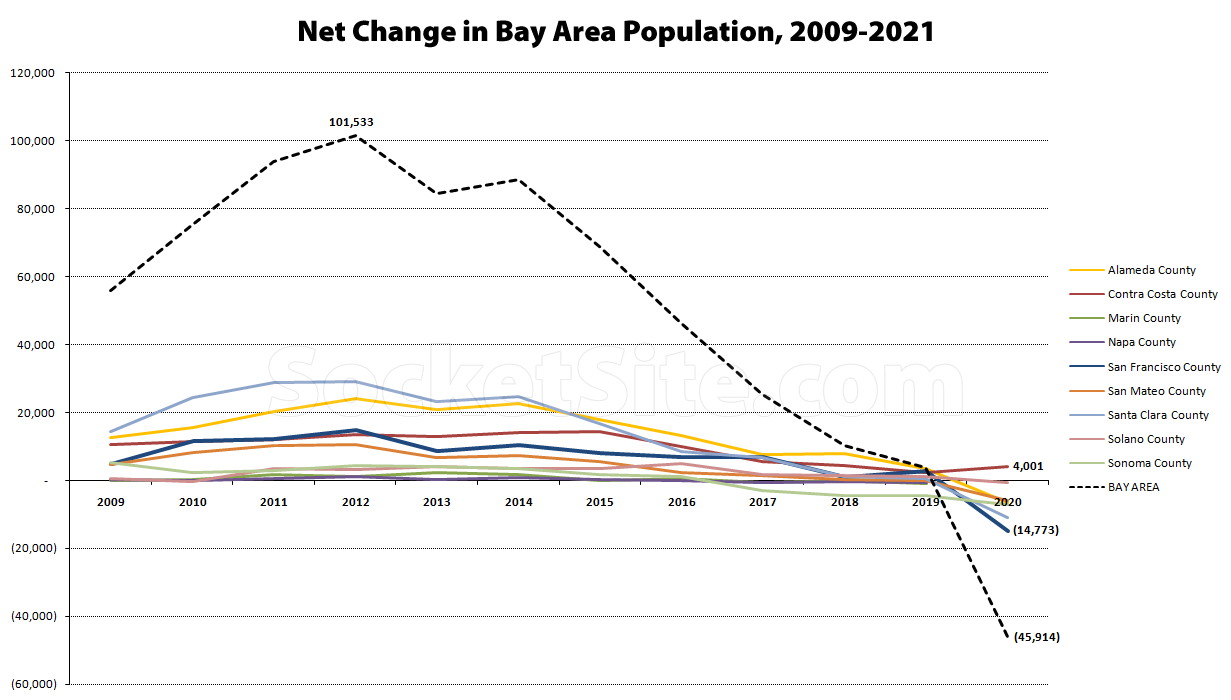 Following a trend that shouldn’t catch any plugged-in reader’s by surprise, the estimated population of San Francisco proper decreased by 14,773 (1.7 percent) in 2020, representing the largest decline across all of the Bay Area counties on both an absolute and percentage basis, for an estimated population of 875,010 at the end of 2020 and start of 2021.