A Misleading Drop in the Bay Area Unemployment Rate 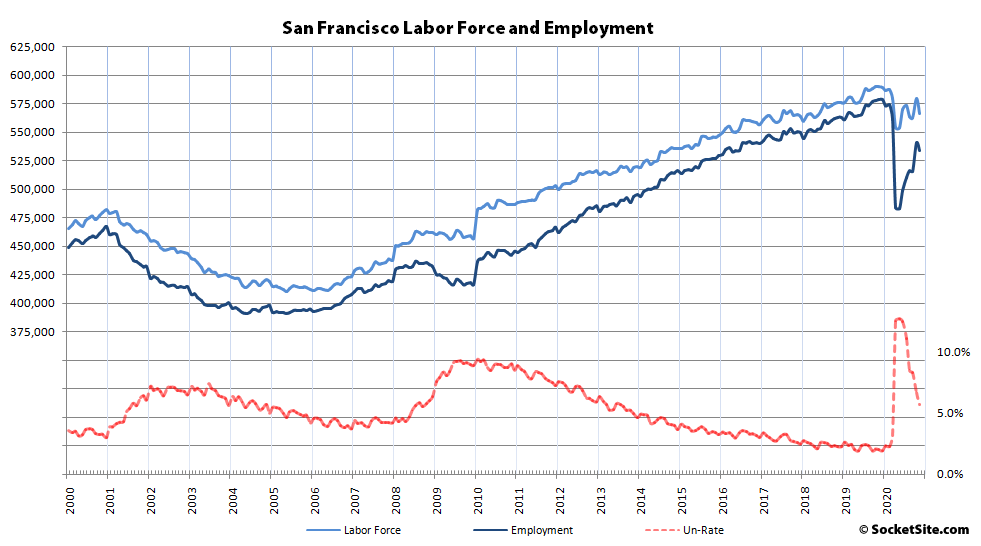 Despite the unemployment rate in San Francisco having declined from 6.7 percent in October to 5.7 percent in November, the number of people living in San Francisco with a paycheck actually dropped by 6,600 last month to 534,100, which is 44,000 fewer employed residents than at the same time last year.

And in fact, the drop in the local unemployment rate was driven by a sharp decline in the local labor force which dropped by 12,800 in November and is now 23,300 lower than at the same time last year having dropped by 20,700 since the end of February. 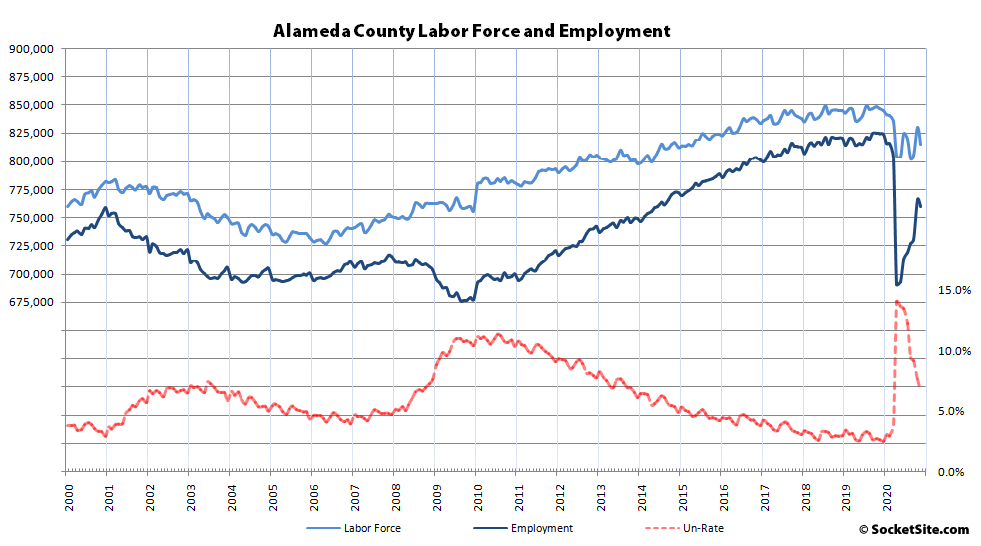 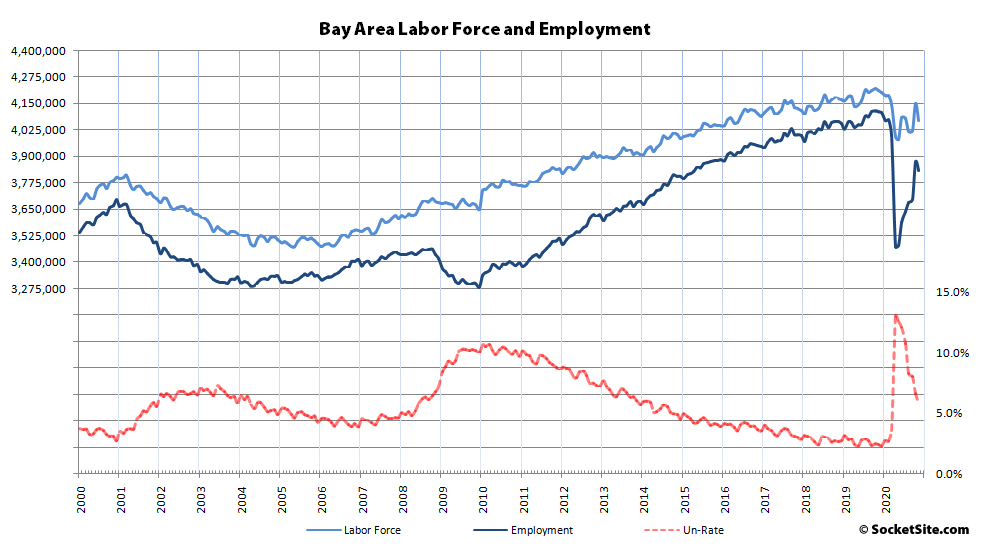 And keep in mind that the figures above effectively pre-dated the multiple rounds of reopening rollbacks in San Francisco last month and the stricter Stay Home order for the greater Bay Area which will be in effect through at least January 8, 2021.