Pace of Home Sales in the U.S. Slips, Mix Drives Median Price Up 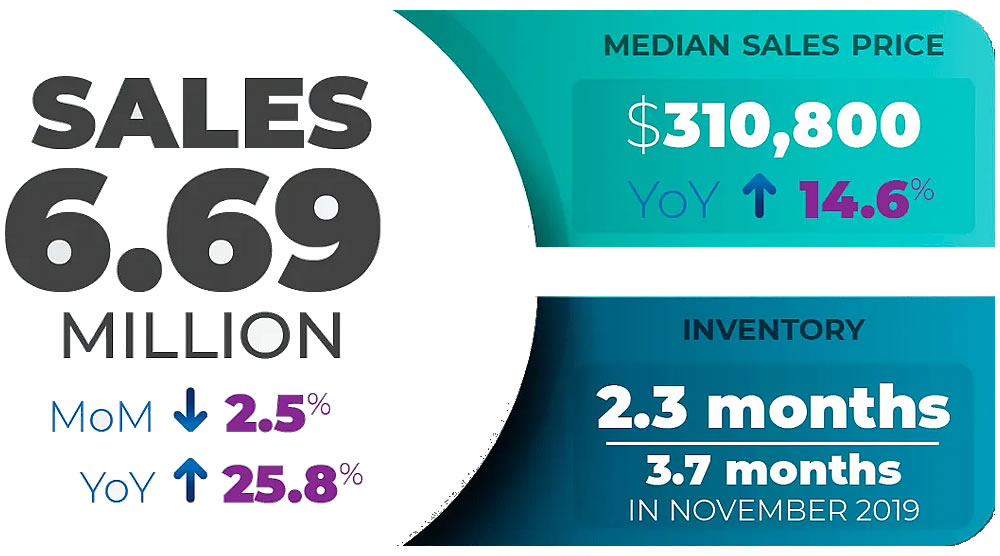 Having hit a 14-year high in October, the seasonally adjusted pace of existing-home sales across the U.S. slipped 2.5 percent in November to an annual rate of 6.69 million sales, which is still 25.8 percent higher than at the same time last year but represents the first slip since May, according to the National Association of Realtors, a slip which shouldn’t have caught any plugged-in readers by surprise.

At the same time, listed inventory levels across the U.S. dropped 9.9 percent in November to 1.28 million homes, which is down 22 percent on a year-over-year basis versus 175 percent higher in San Francisco.

And with respect to the median existing-home sale price of $310,800 in the U.S. being up 14.6% versus the same time last year ($271,300), the frequently misreported “gain” is being driven by a dramatic change in the mix of sales (as is the trend/habit locally as well): 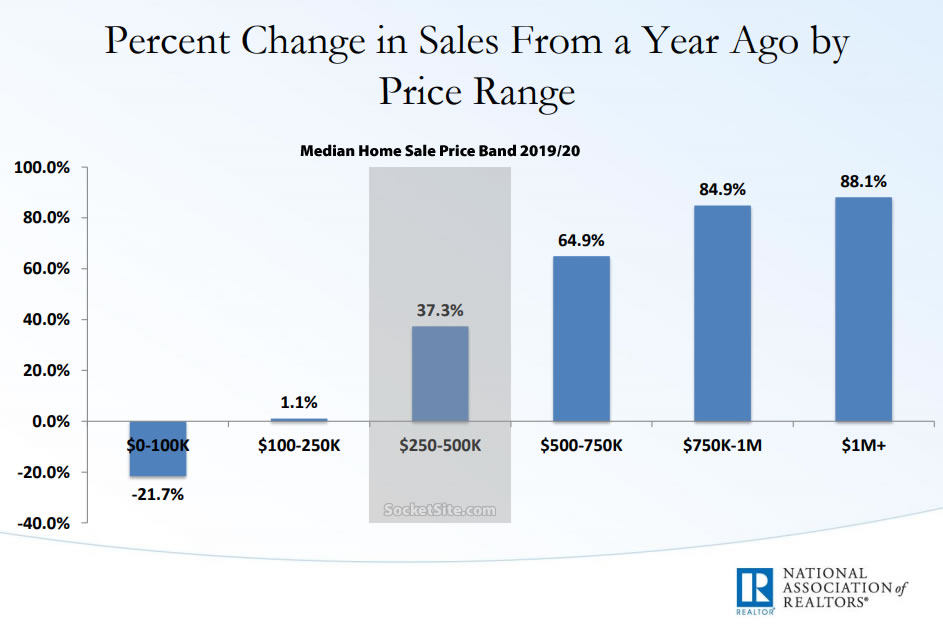