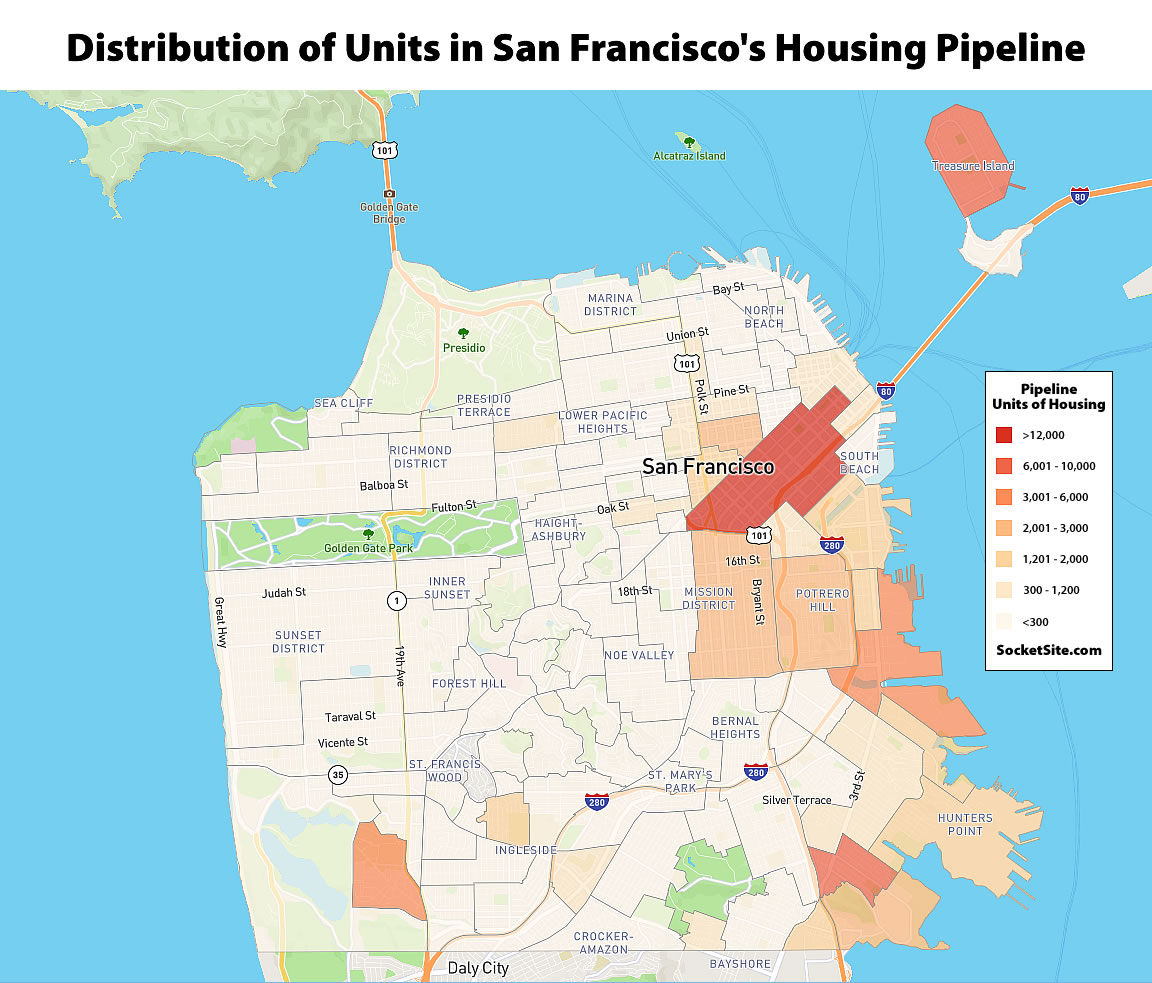 With new permitting and entitlement activity having effectively ground to a halt in the third quarter of this year while construction crews continued to work and deliver new units, the net pipeline of new apartments and condos under development in San Francisco inched down half a percent to just over 70,000 units of housing which is within a half percent of the overall pipeline at the same time last year.

Roughly 13 percent (9,250) of those 70,000 units are already under construction and should be ready for occupancy within the next year or two, which is 1.9 percent fewer units under construction than at the same time last year but roughly 50 percent more than the average number of units which have been under construction across the city over the past decade.

At the same time, the number of housing units in projects have already been entitled and for which building permits have either been issued, approved or requested – but for which the ground has yet to be broken – has ticked up to 18,000, which is the most in over a decade and 31 percent higher than at the same time last year, while the number of units in projects that have already been approved but not yet permitted (which still includes the majority of the 10,500 units by Candlestick, 7,800 units on Treasure Island and 5,680 units at Parkmerced, projects which have overall timelines measured in decades, not years) has inched down to 32,100 versus 31,900 units at the same time last year.

And with proposals for another 10,700 units of housing now under review by the City’s Planning Department, which is 30 percent fewer than at the same time last year, San Francisco’s overall Housing Pipeline now totals 70,036 units of housing, which is down 0.5 percent on a year-over-year basis and includes 13,400 units of affordable housing, according to our latest accounting of Planning’s databases as mapped and distributed above.

Pace of Home Sales in the U.S. Slips, Mix Drives Median Price Up