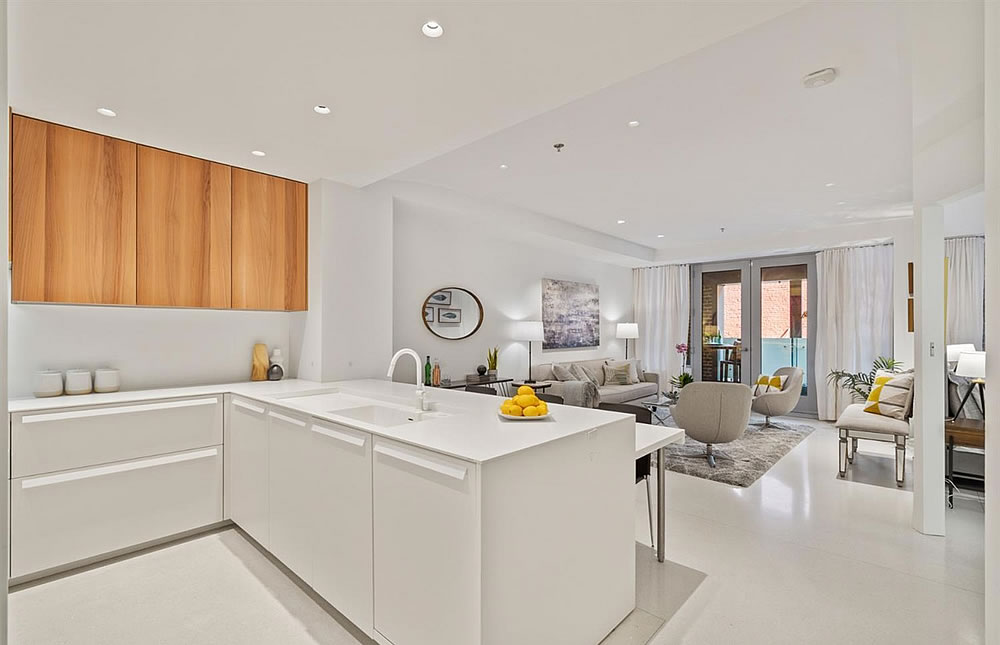 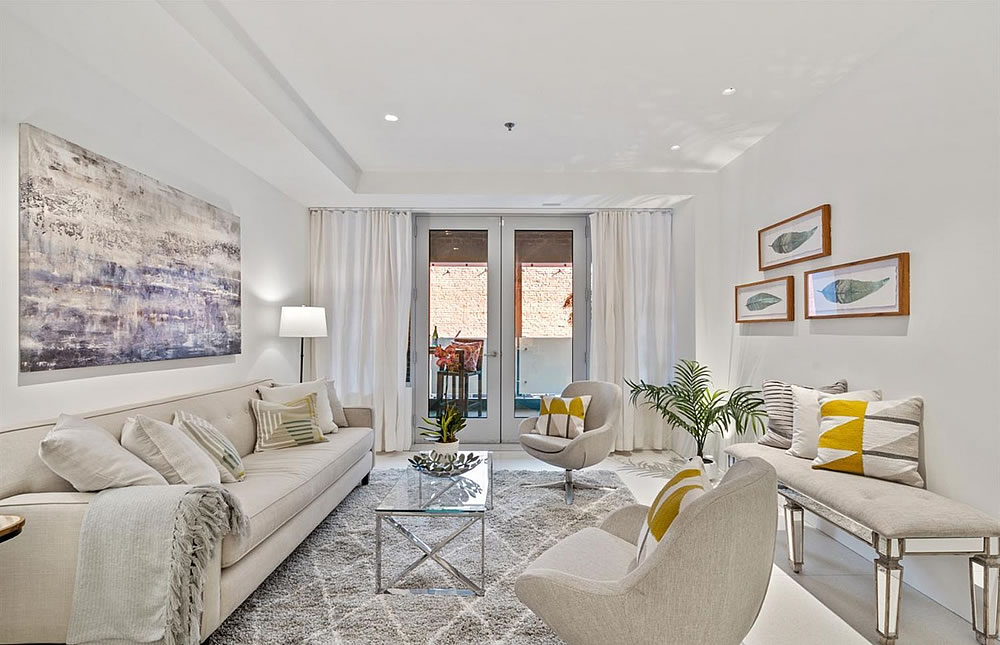 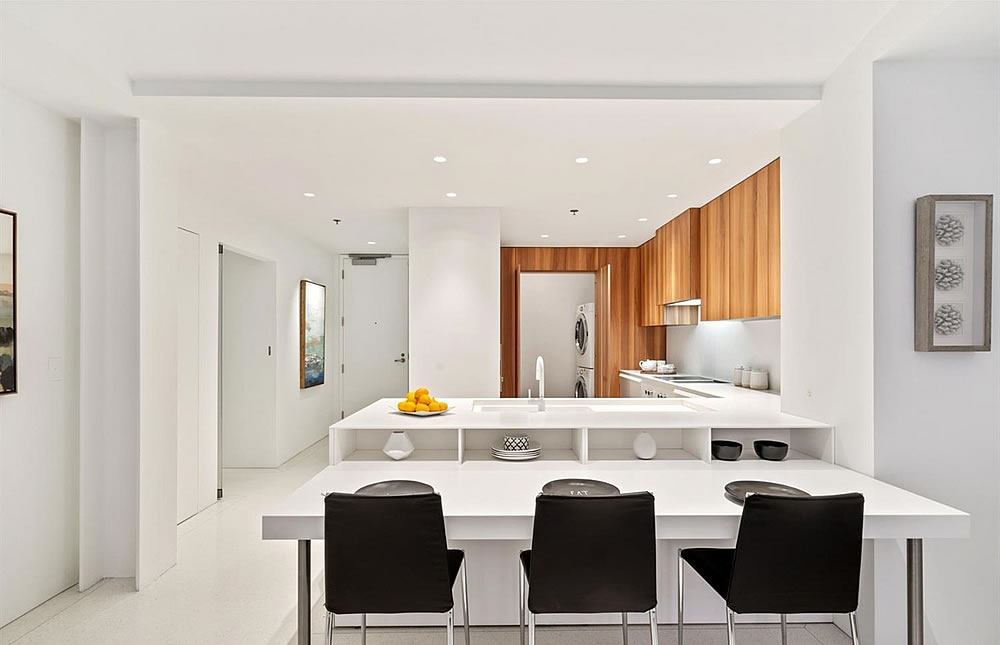 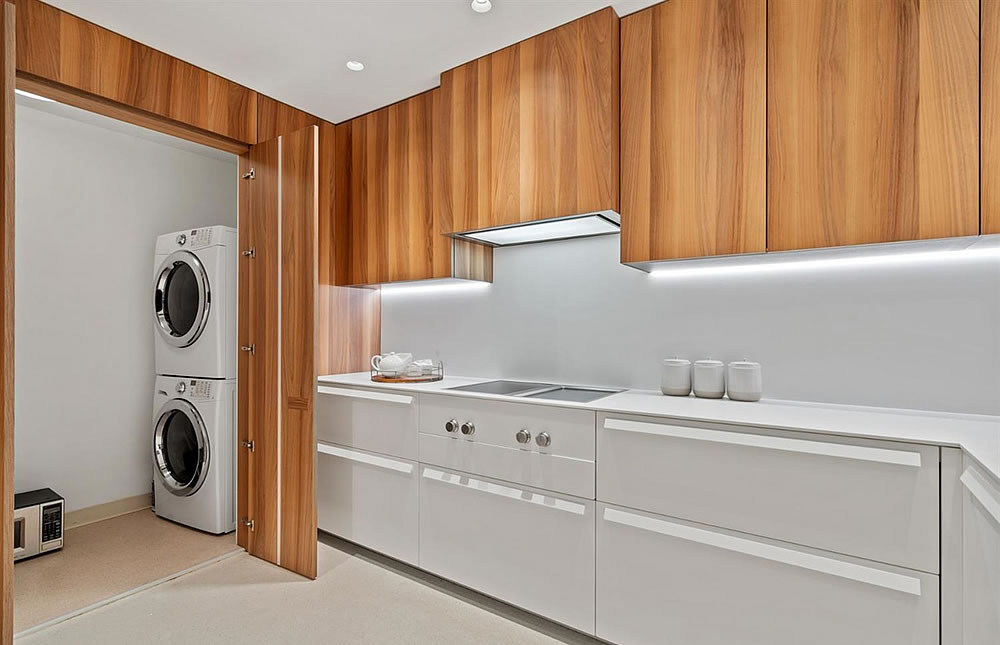 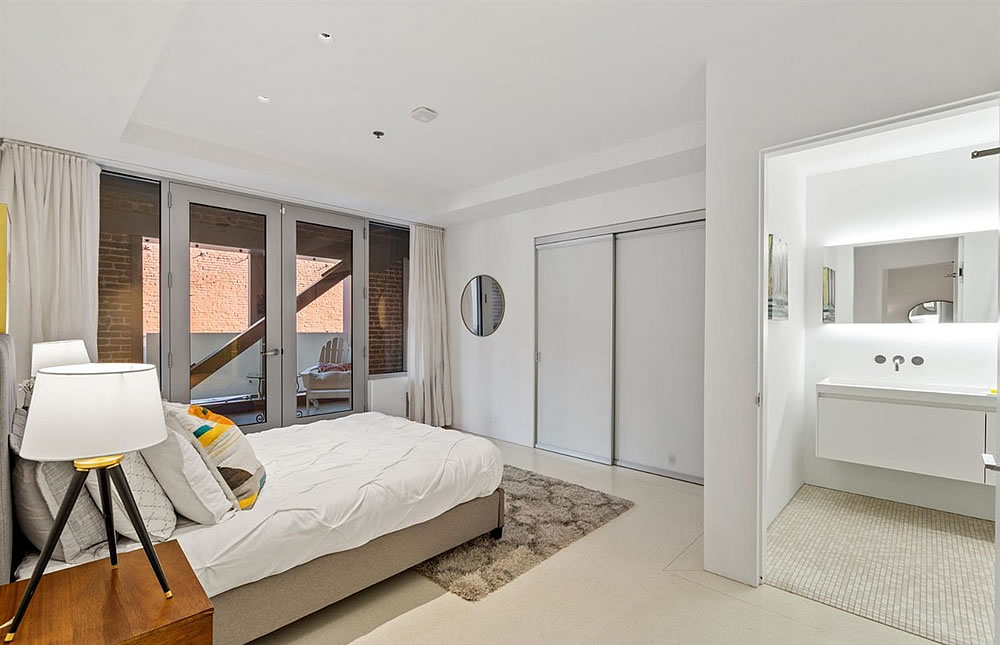 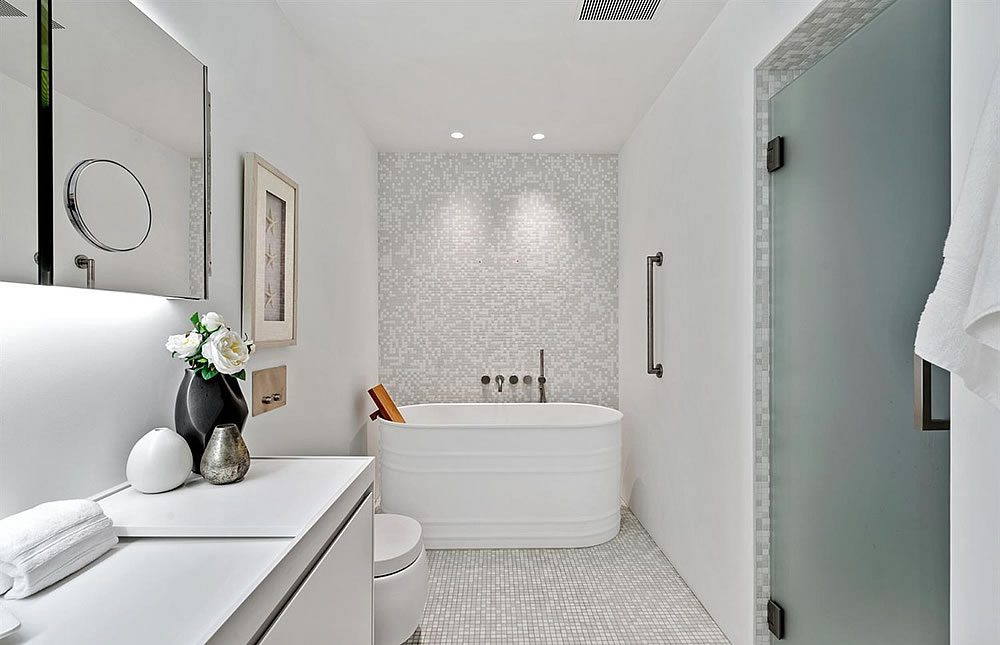 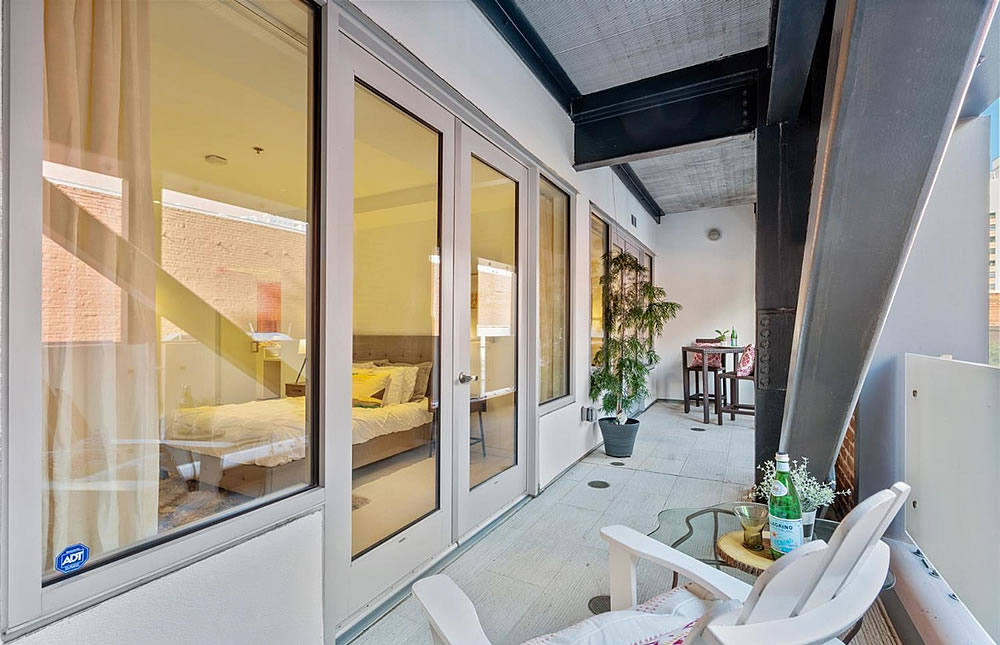 The two-bedroom, two-bath Unit C in the converted Jackson Square building at 845 Montgomery Street, which is located in the heart of the “coveted Jackson Square Historic District,” “surrounded by world class art galleries, tree lined streets, charming alleys, and distinctive eateries,” just sold for $1.3 million having been listed for $1.595 million in May.

And having traded for $1.205 million in September of 2014, the recent sale might appear to be evidence of market appreciation and a decent gain for the sleek condo despite the under asking sale.

But the 1,044-square-foot unit was completely remodeled in 2015, which is when the high-end Boffi kitchen and Gaggenau appliances; the Agape and About Water fixtures and finishes in the new bathrooms; the built-in walnut veneer cabinetry; the seamless recessed lights; and the white Terrazzo floors were added.

And in 2016, the “ultra modern loft-style condominium” then traded for $1.625 million and was entered into the MLS as a “comp” to be used for other sales.

And as such, while the value of the unit is “up” from 2014 according to MLS-based reports and stats, the most recent sale of 845 Montgomery Unit C actually represents a 27.8 percent drop in value for the designer Jackson Square unit since the first quarter of 2018 on an apples-to-apples basis (and the latest comp for the building and surrounding neighborhood).