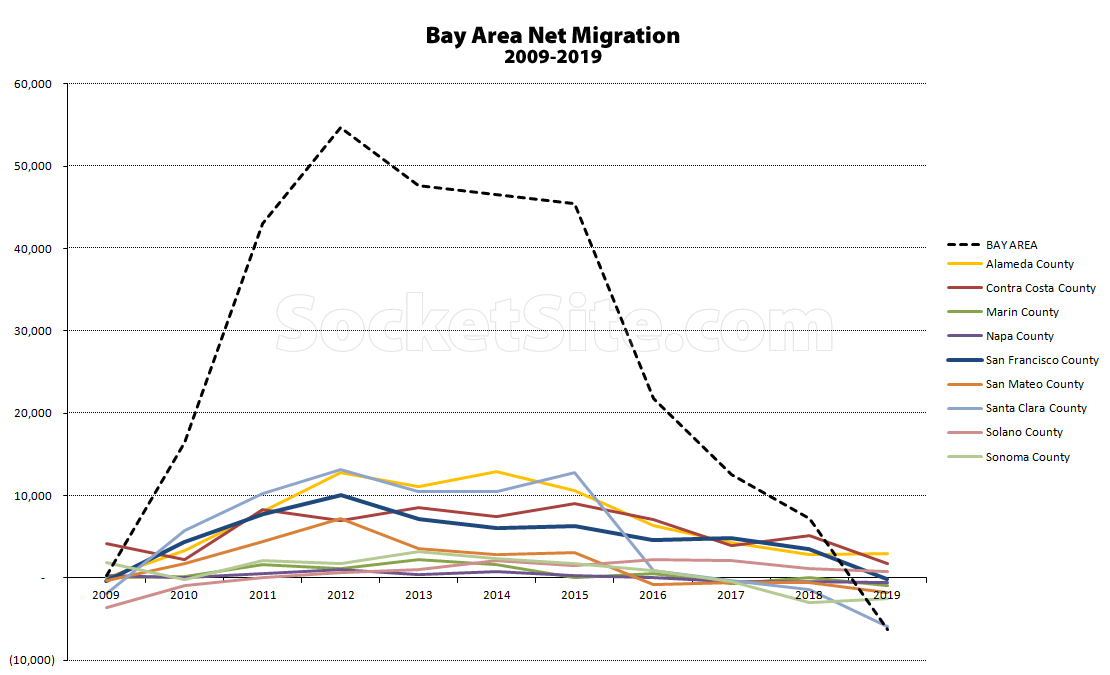 Having really slowed its roll last year, the estimated population of San Francisco proper continued to grow at an annual rate of 0.3 percent in the first half of 2019 and hit a record high of 889,360 as of July 1.

That being said, for the first time in a decade, the net migration into the city was actually negative, with outmigration having hit a decade high of 5,288 while immigration dropped to 5,200, for a net exodus of 88 people, according to the latest data from California’s Department of Finance.

In fact, had it not been for more babies having been born in the city (8,669) than the number of residents that died (5,839), the population of San Francisco would have actually declined over the past year.  And with respect to the adult population, it did (decline).

Across the greater Bay Area, while the total population ticked up to a record high of 7,796,235, the growth rate dropped to a decade-low of 0.3 percent and net migration tuned negative for the first time in a decade as well, with Alameda County continuing to leading the way in terms of growth (up 11,385 to 1,674,115) followed by Contra Costa County (up 5,750 to 1,153,077), with the populations in Sonoma, Napa and Marin having slipped by an average of 0.3 percent and a below-average growth rate of 0.2 percent down in The Valley.