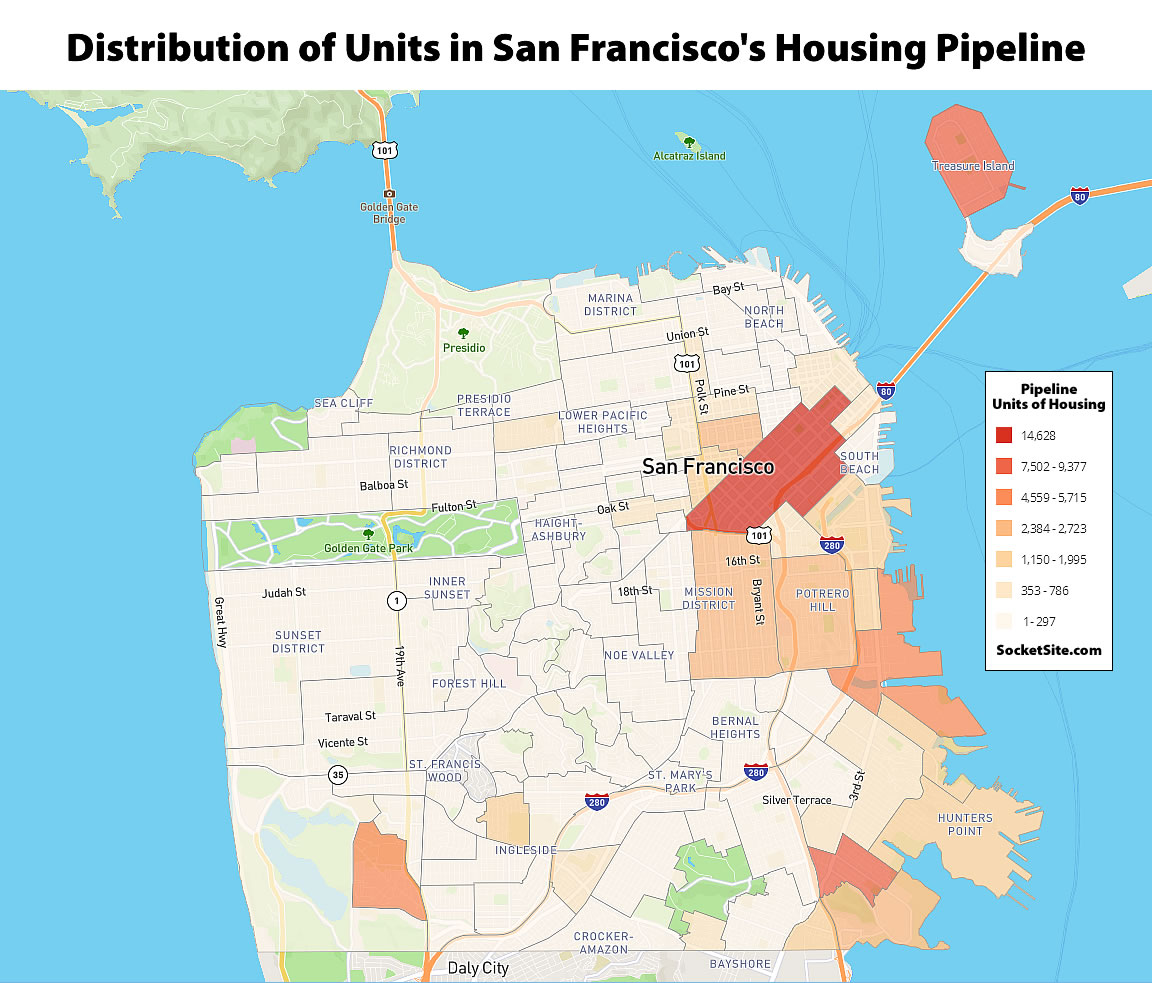 But for the sixth quarter in a row, the number of units in developments which are currently under construction and should be ready for occupancy within the next year or two has increased, jumping to over 9,700 units, which is the most in over a decade, nearly 40 percent more than at the same time last year and nearly 70 percent above the average number of units under construction across the city at any point over the past decade as well.

At the same time, the net-new number of units of housing for which building permits have either been issued, approved or requested – but for which the ground has yet to be broken – has dropped from 16,800 to 14,900 while the number of units in projects that have already been approved but not yet permitted (which still includes the majority of the 10,500 units by Candlestick, 7,800 units on Treasure Island and 5,680 units at Parkmerced, projects which have overall timelines measured in decades, not years) has dropped from 33,500 to 32,400.

And with proposals for another 15,700 units of housing now under review by the City’s Planning Department, which continues to be bolstered by the passage of San Francisco’s proposed Central SoMa Plan, San Francisco’s Housing Pipeline now totals 72,750 units, including nearly 14,300 units of “affordable housing” which are to be offered at below market rates, according to our latest accounting of Planning’s database as mapped above.

Keep in mind that home sales in San Francisco remain at an 8-year low, inventory levels have hit an 8-year high, and pending sales haven’t jumped.