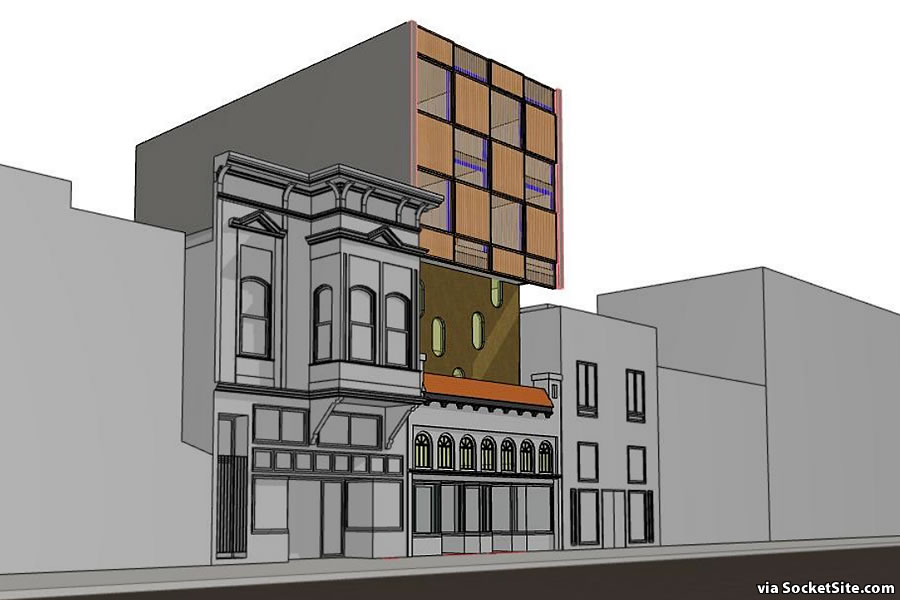 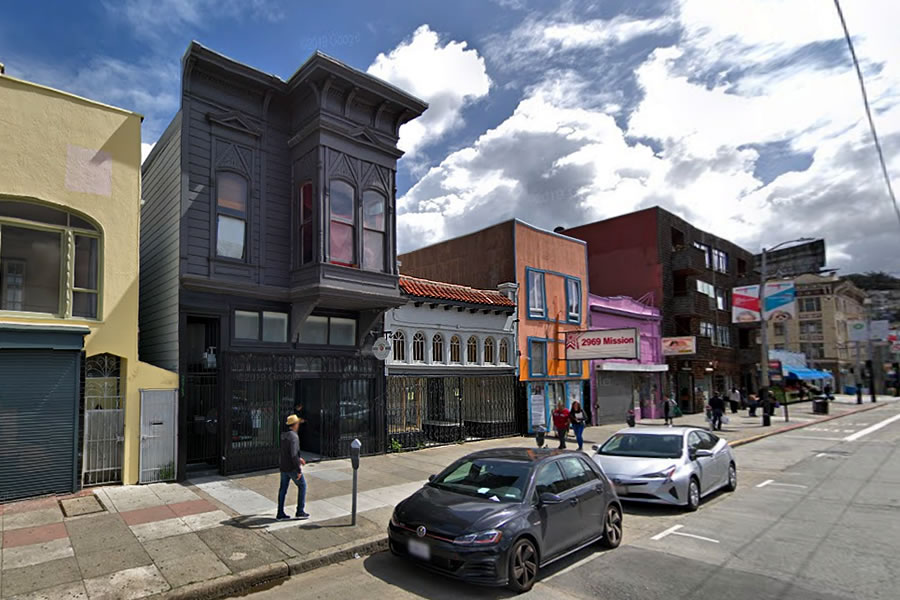 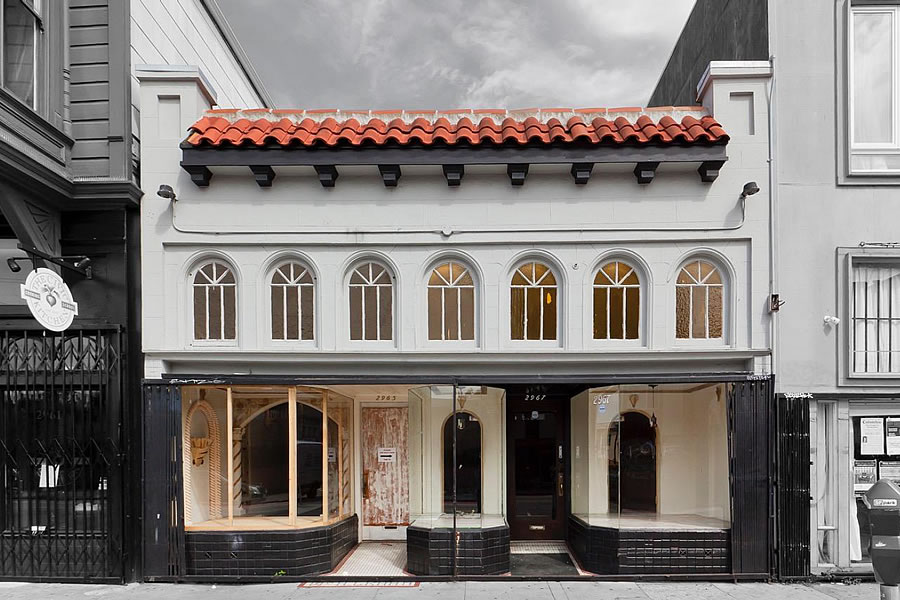 As we first reported earlier this year, plans for a modern addition to rise atop the historic commercial building at 2965-2967 Mission Street, which Endgames Improv purchased for $2 million back in March of 2018, have been sketched by DNM Architecture.

While the building’s Mediterranean Revival style façade would be preserved as envisioned, a recessed modern addition would rise up to 55 feet in height behind, featuring a contemporary brise soleil, “to control the western sun and referencing the scale of detail and material of the historic facade below,” an addition which would yield three new theater spaces for Endgames and three new apartments as well.

From Planning’s preliminary review of the plans as proposed:

“While in certain circumstances, contemporary additions to historic structures can preserve the architectural features that make the subject structure culturally or historically significant, the addition as proposed does not sufficiently enable the existing façade to maintain its visual prominence, and therefore degrades the existing physical fabric and character.