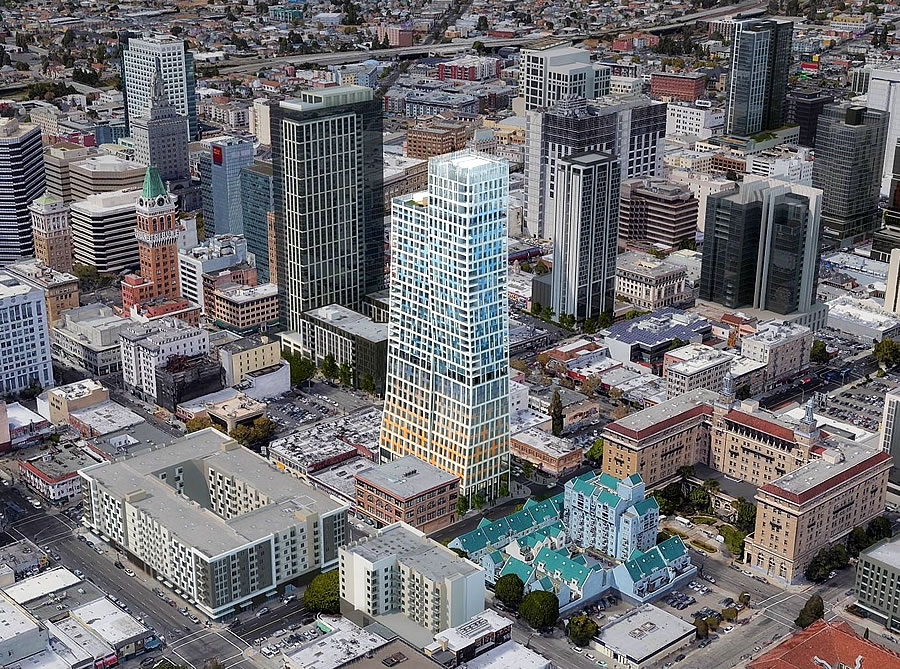 With Oakland’s Planning Commission having formally rejected plans for a proposed 460-foot-tall, and seemingly split, tower to rise on the historic King Block in Downtown Oakland last year, a move which shouldn’t have caught any plugged-in readers by surprise, the project team returned to the city’s Landmarks Preservation Advisory Board earlier this year with revised plans for a shorter, and façade preserving, tower to rise upon the 1261 Harrison Street site. 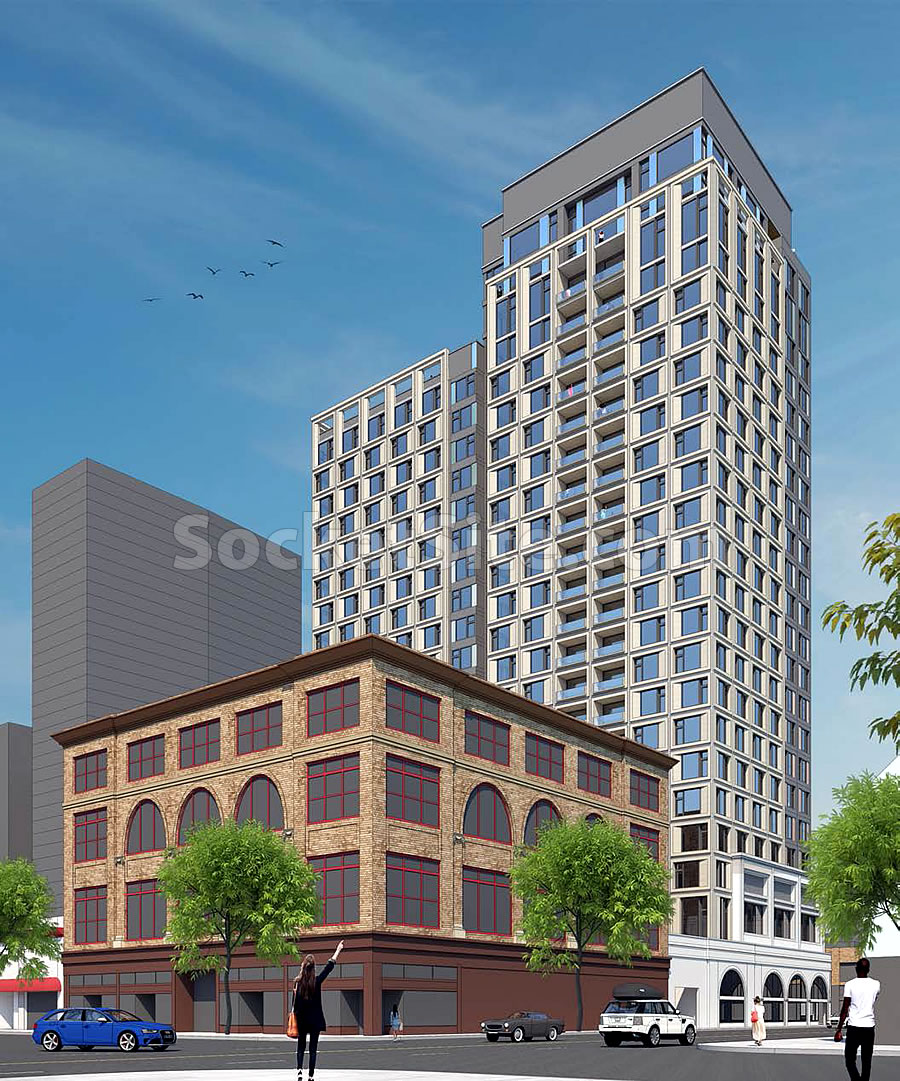 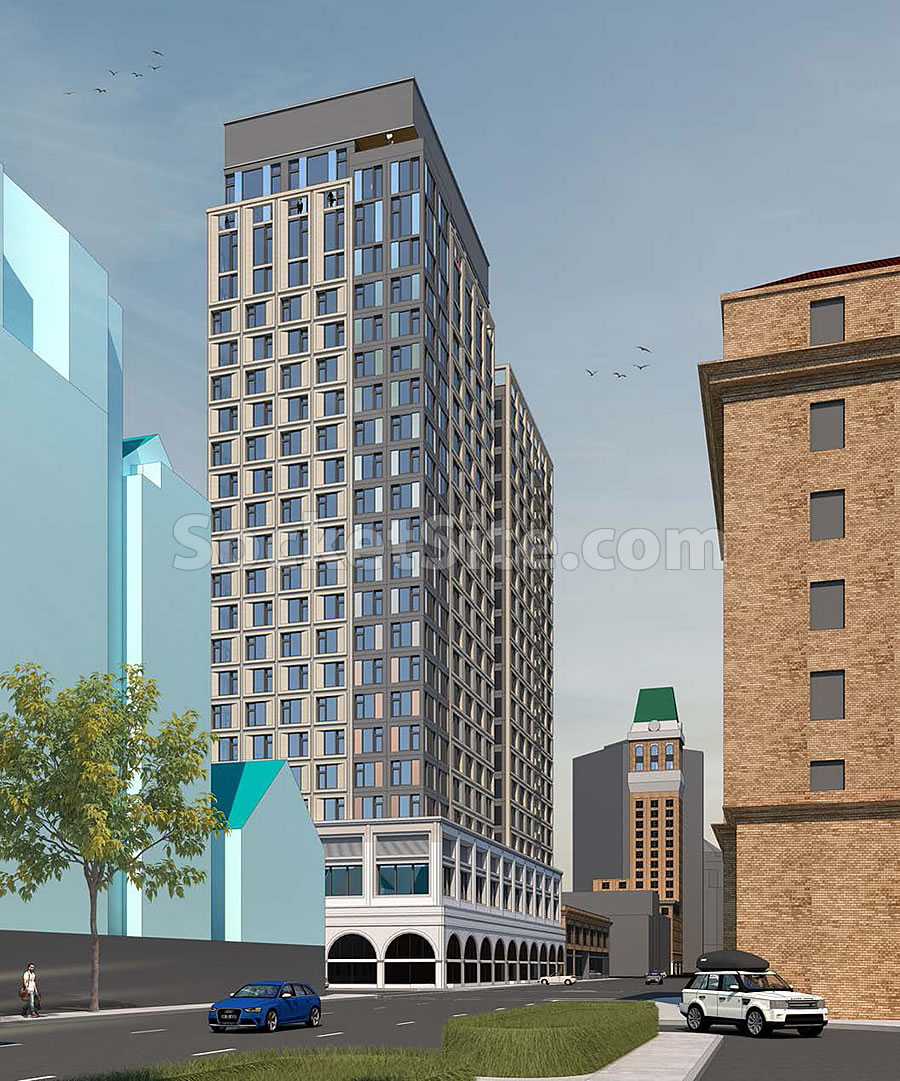 While the current height limit for the site is currently set at 85 feet, and the shorter tower would still rise up to 250 feet in height, the extra 165 feet in height could be achieved by way of an approved conditional use permit and density bonus – versus a special waiver – and would yield up to 185 units of housing over a ground floor market and retail space as well.

But having since been reviewed by a subcommittee of the Landmarks Board, “the subcommittee [has] agreed that a tower is not appropriate [on the site] both in terms of overall massing and height, but also because the [Lake Merritt Station Area Plan] was very specific about setting the 85 foot height limit in the this area due to the historic nature of the King Block.”

As such, the subcommittee is recommending that the revised project as proposed be disallowed while noting that a total height of around 100 feet, which could be achieved by way of a density bonus, “may be appropriate to match the height of the Oakland Hotel across the street.”

And if Oakland’s Planning Commission should reject the subcommittee’s recommendation and allow the revised plans for the 250-foot-tall tower to proceed, the subcommittee is recommending another round of design modifications at the very least, including a larger tower setback and attempt to be more consistent with the surrounding historic district and buildings.

Landmark "Hacker" Church Back on the Market for $7.5M