Challenges for That 1,066-Foot-Tall Tower as Proposed 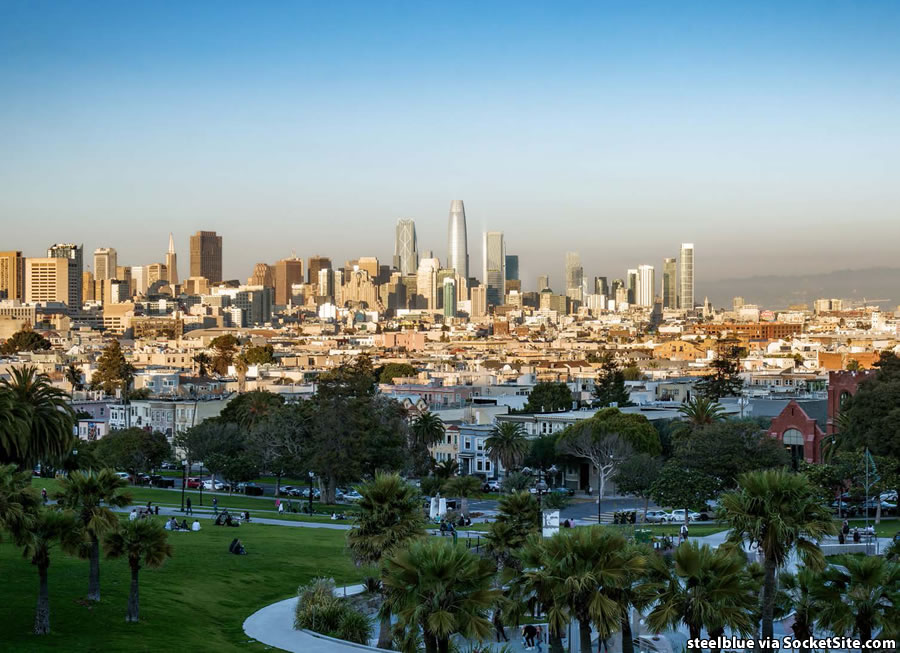 As we first outlined this past November:

Engineered by Planning and adopted back in 2012, San Francisco’s Transit Center District Plan (TCDP) was designed to limit the number of tall buildings that would rise above the city’s downtown core, with building heights stepping down from the Salesforce/Transbay Transit Center Tower to establish a rolling skyline when viewed from afar.

As part of the TCDP, the height limit for the PG&E block bounded by Mission, Main, Beale and Market was set at 400 feet. And as noted by Planning in their preliminary review of the plans for an 818-foot-tall tower to rise at 50 Main Street, which was just completed, the tower as proposed “may conflict with City policies related to a balanced skyline as seen from key public viewpoints within the city and region.”

By invoking California’s Density Bonus Law for the height as proposed, however, the aforementioned “conflict” is likely to be rendered moot (in terms of the project being approved). But Planning is still recommending that Hines reevaluate the overall program and massing of the proposed development and present “alternatives with a lower overall height.”

In addition, it appears as though Hines will need to seek a Zoning Map amendment and/or Special Use District (SUD) for the tower as proposed, as well as for the proposed crown to top the redevelopment of the Pacific Gas and Electric tower at 77 Beale Street next door, which could be a bit more problematic. We’ll keep you posted and plugged-in.

And yes, Hines then increased the proposed height for the 50 Main Street tower to 1,066 feet in December, with a flurry of activity in the press and reports that Hines had suddenly “found that the bonus intended to stimulate affordable housing construction [would allow for] even more extra height than they initially thought.” 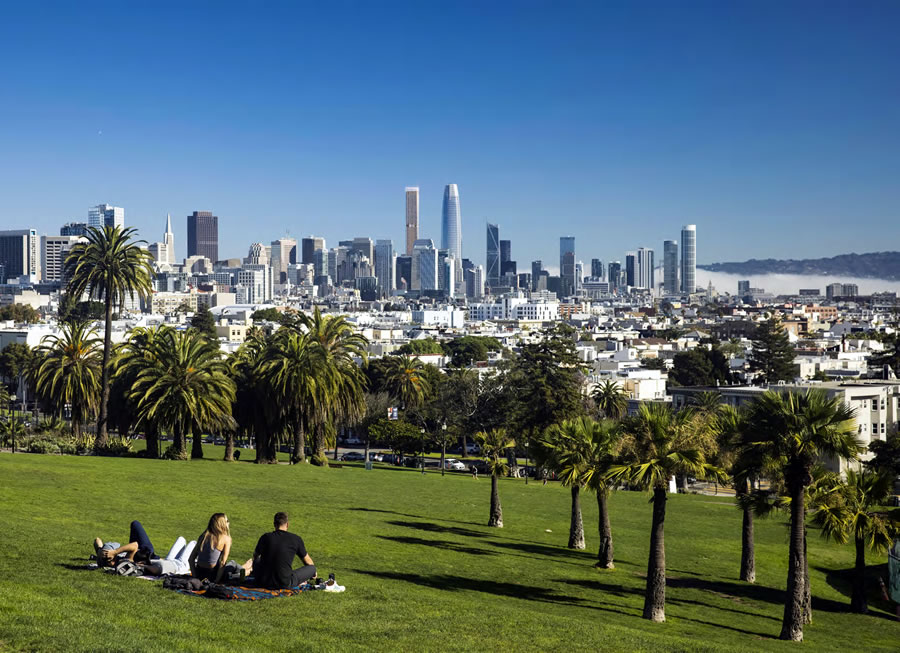 So here’s the scoop. The “found” height for the 1,066-foot-tall tower is based on a proposed redefining of the “50 Main Street” parcel to include the annex buildings in the middle of the block, buildings which were built as additions to the historic Market and Beale Street complex and would require a legislative amendment (or two) and/or the approval of a Special Use District, which is likely to be challenged. 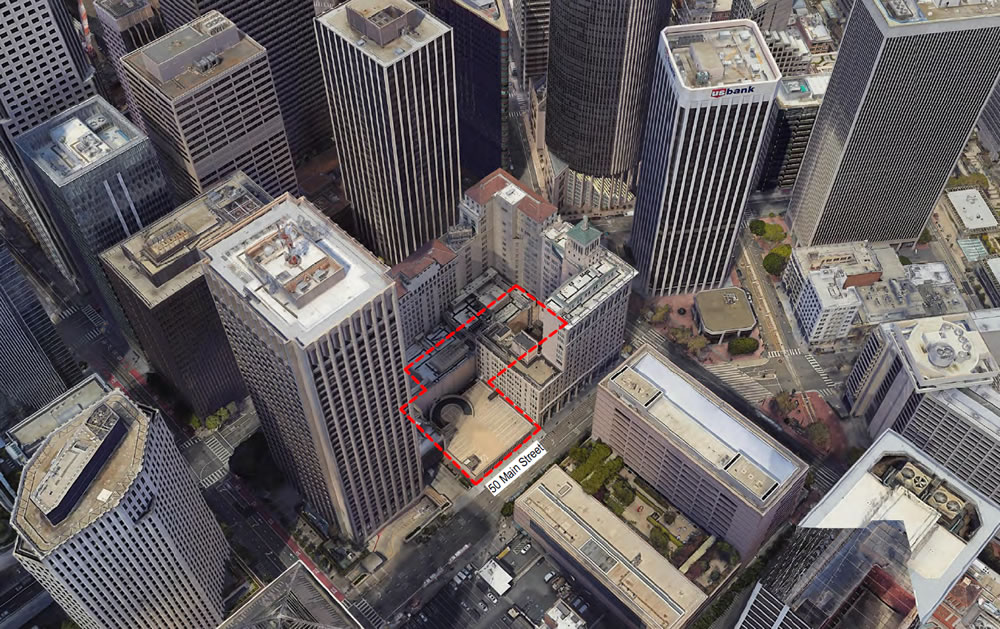 That being said, if Hines is successful in redefining the “50 Main Street” parcel to include the mid-block buildings, the majority of which would be razed, the assembled site would yield the potential square footage to allow for the mass of the 1,066-foot-tall tower as proposed. But there’s another potential challenge as well.

While California’s Density Bonus Law allows for building above zoned heights and waivers from other restrictions, the additional height is generally conditioned upon it being less expensive to build up than elsewhere on the site. And while a parking garage for the new 50 Main Street tower would extend underground across the newly proposed “50 Main Street” parcel, and the extra “found” height for the 1,066-foot-tall tower is based upon the fact that the mid-block portion of the parcel could theoretically support an additional 100,000 square feet of residential development, the mid-block portion of the new parcel wouldn’t be developed above ground, save to serve as open space for the “high-performance live-work-play campus” as proposed. 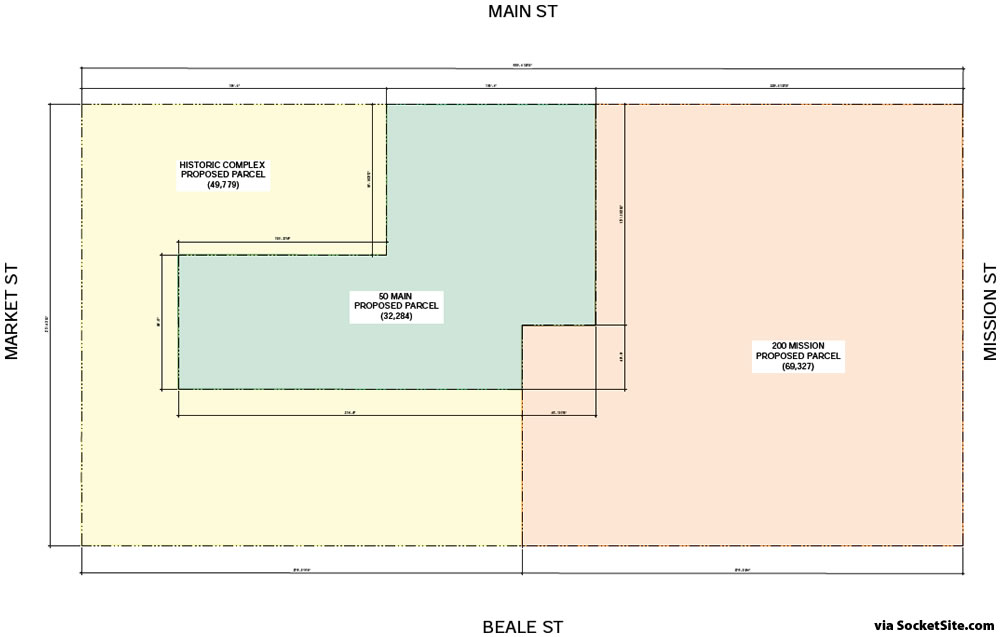 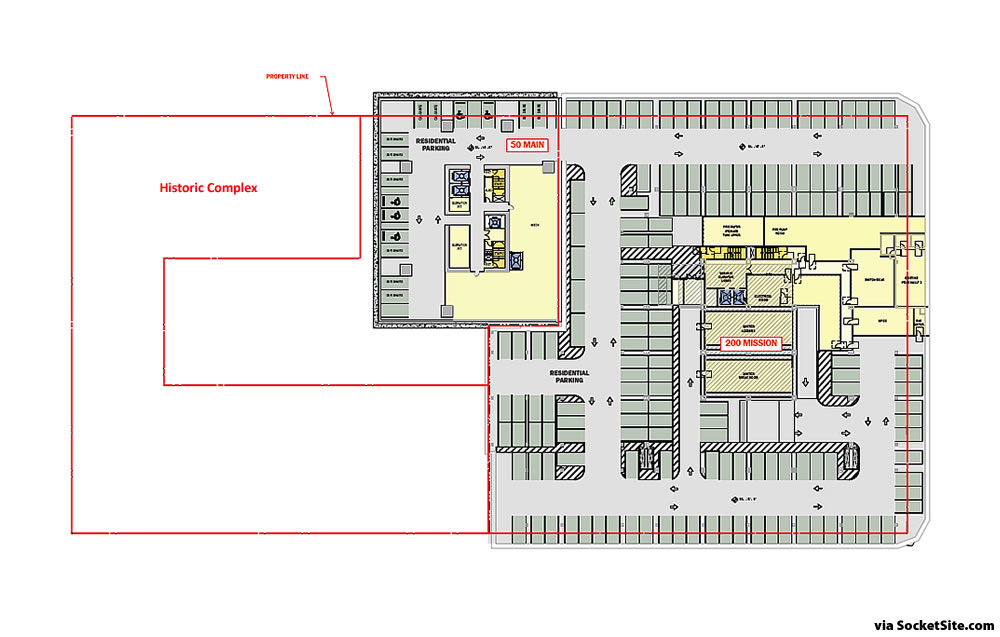 Pending Home Sales in S.F. Drop to a 19-Month Low

Number of Homes on the Market in S.F. Starts Ticking Back Up