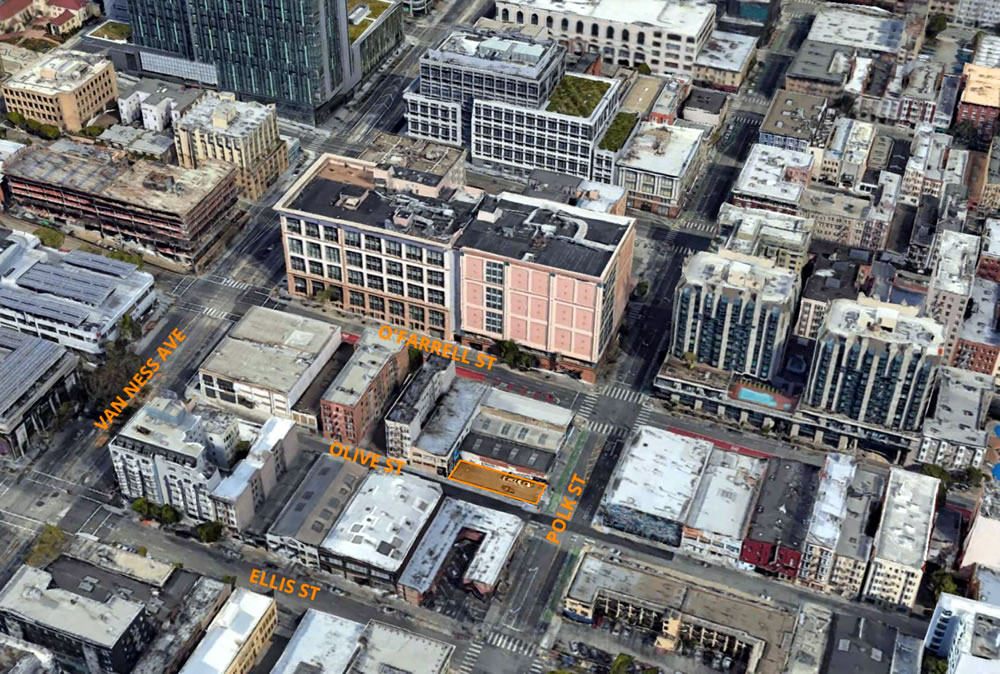 Speaking of small lots and big plans, having been stymied by the rules and allowances for either a State or local (HOME-SF) density bonus, the team behind the proposed 13-story building to rise up to 130 feet in height on the northwest corner of Polk and Olive, across from the Mitchell Brothers O’Farrell Theater site, is now attempting a technical pivot.

As newly rendered by Ankrom Mosian Architects, the 13-story project as proposed would still rise up to 129 feet height, but with “40 bedrooms” of “group housing” inside, which is two (2) fewer bedrooms than technically allowed, with a group kitchen and dining area on the second floor and a 748-square-foot ground floor retail space on the corner. 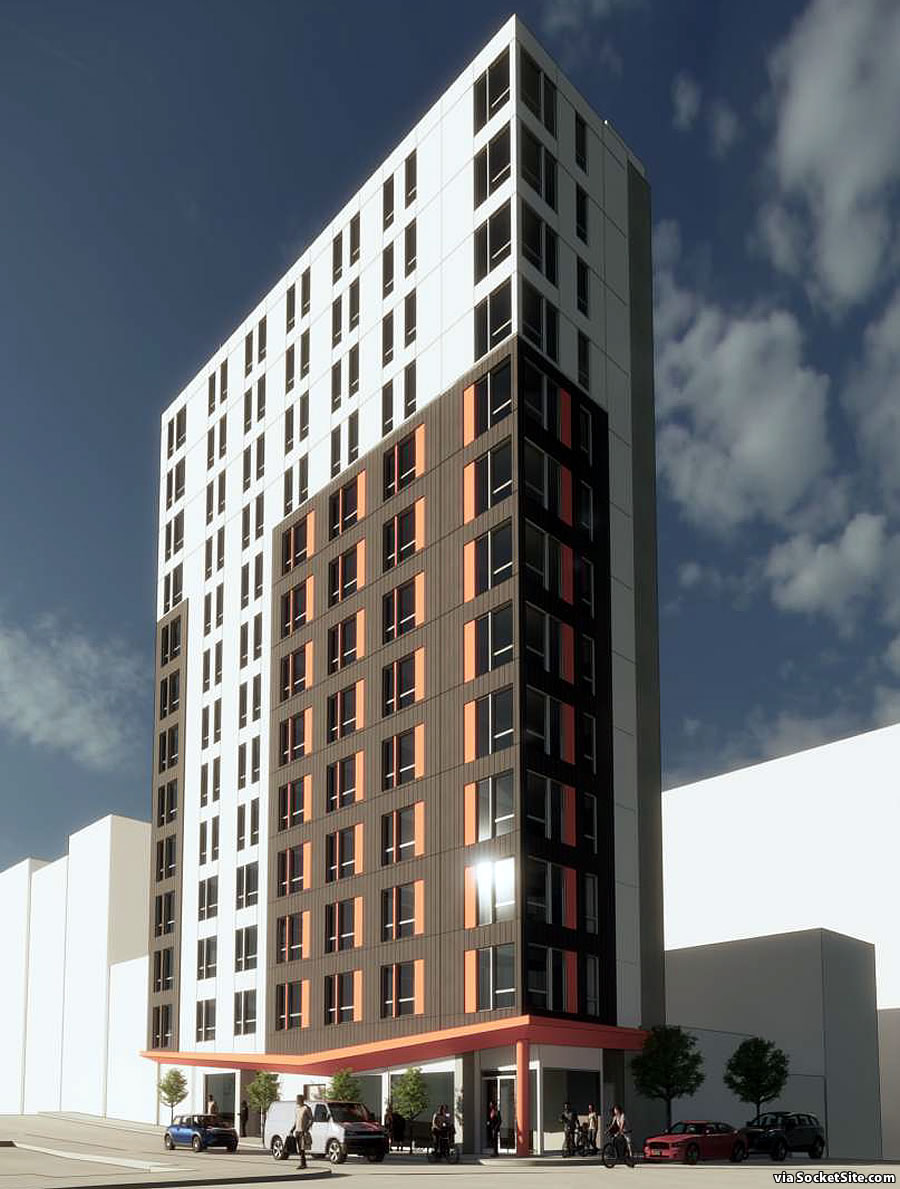 But the “40 bedrooms” as proposed are actually 80 units as designed, each with a bed, bathroom and kitchenette.