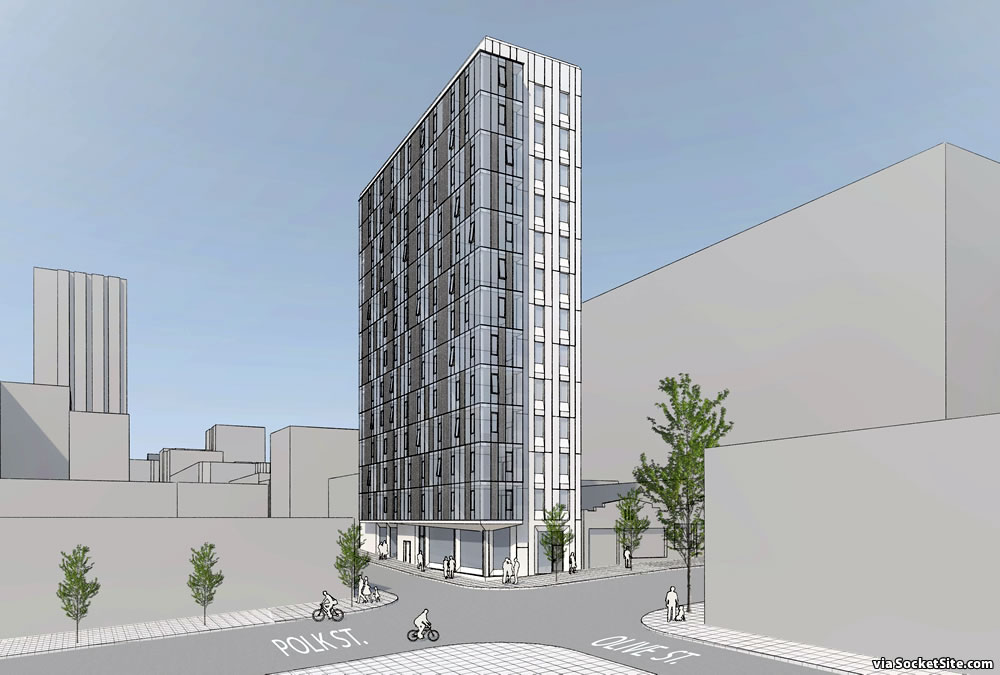 As we revealed back in June, plans for a skinny 13-story building to rise up to 130 feet in height on the northwest corner of Polk and Olive, across from the Mitchell Brothers O’Farrell Theater site, have been drafted.  And as envisioned by the project team, the development would yield 60 studio apartments, employing an Individually Requested State Density Bonus to develop four times the maximum number of units for which the 2,922-square-foot parcel is principally zoned.

But according to the City’s preliminary review of the project team’s work, the State’s Density Bonus Program would allow for a maximum of 23 units to be built on the site.

While San Francisco’s HOME-SF program would allow for 60 units to be developed on the 841 Polk Street parcel, at least 40 percent of the units would then need to have two bedrooms or more and at least 23 percent of the development would need to be offered at below market rates (BMR).