Pace of Construction in San Francisco Drops, but… 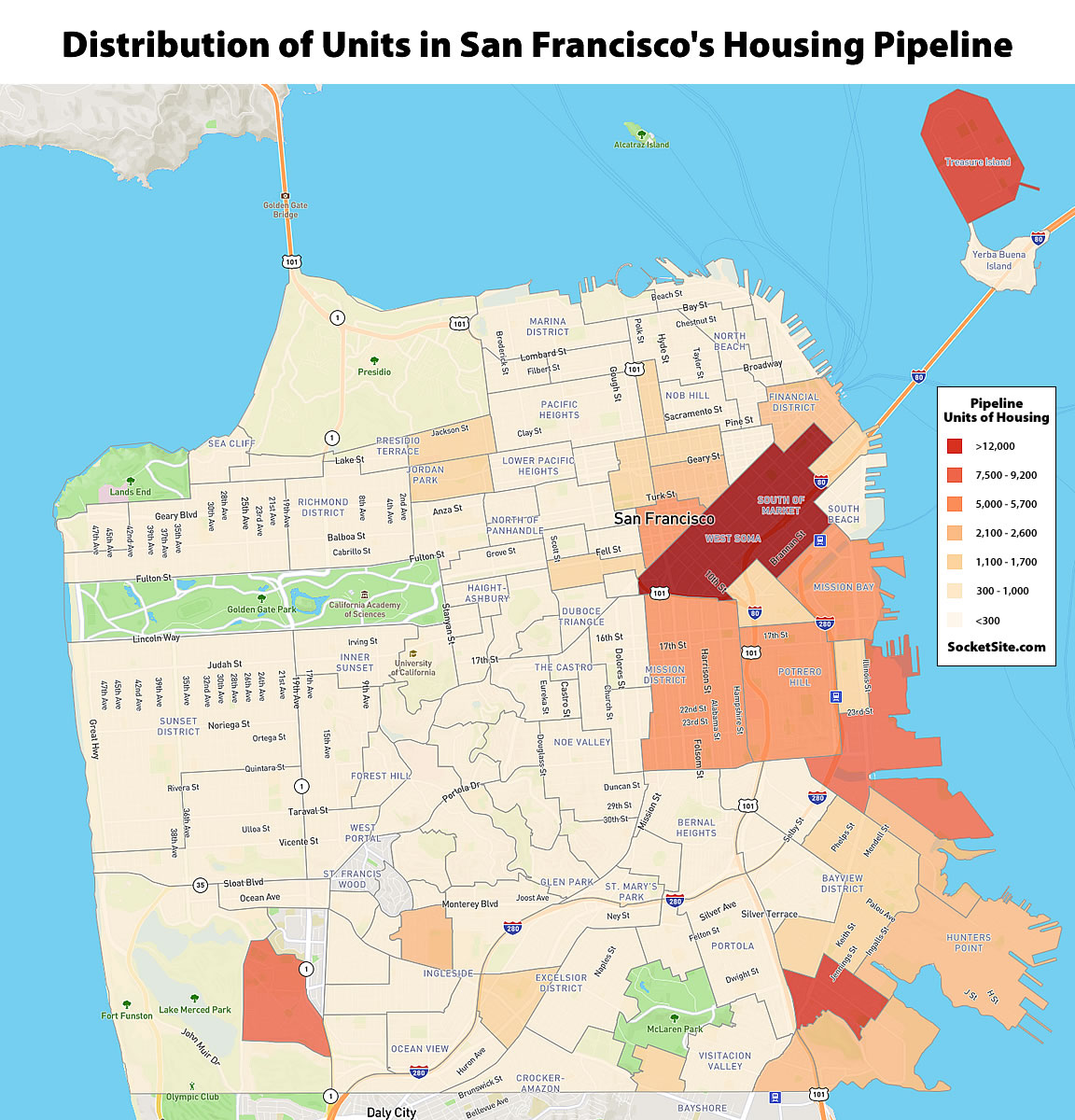 At the same time, the number of units for which building permits were either issued or newly requested, but for which the ground has yet to be broken, increased by 5 percent to 18,900 (which is the most in over a decade and 11 percent higher than at the end of 2019) and the number of units in projects that have already been approved but not yet permitted (which still includes the majority of the units to rise by Candlestick, on Treasure Island and at Parkmerced, projects which have overall timelines measured in decades, not years) is up to 34,200 and nearly 12 percent higher than at the same time last year.

And with proposals for another 10,900 units of housing now under review by the City’s Planning Department, which is 30 percent fewer than at the same time last year but about average for the past 10 years, San Francisco’s Housing Pipeline has ticked up to 72,400 units, which is down 1.9 percent on a year-over-year basis but up 3.4 percent from the quarter before and within 2 percent of a record high, according to our accounting of Planning’s databases as newly mapped above.

The Return(s) of a Formerly Foreclosed Upon Noe Valley Home