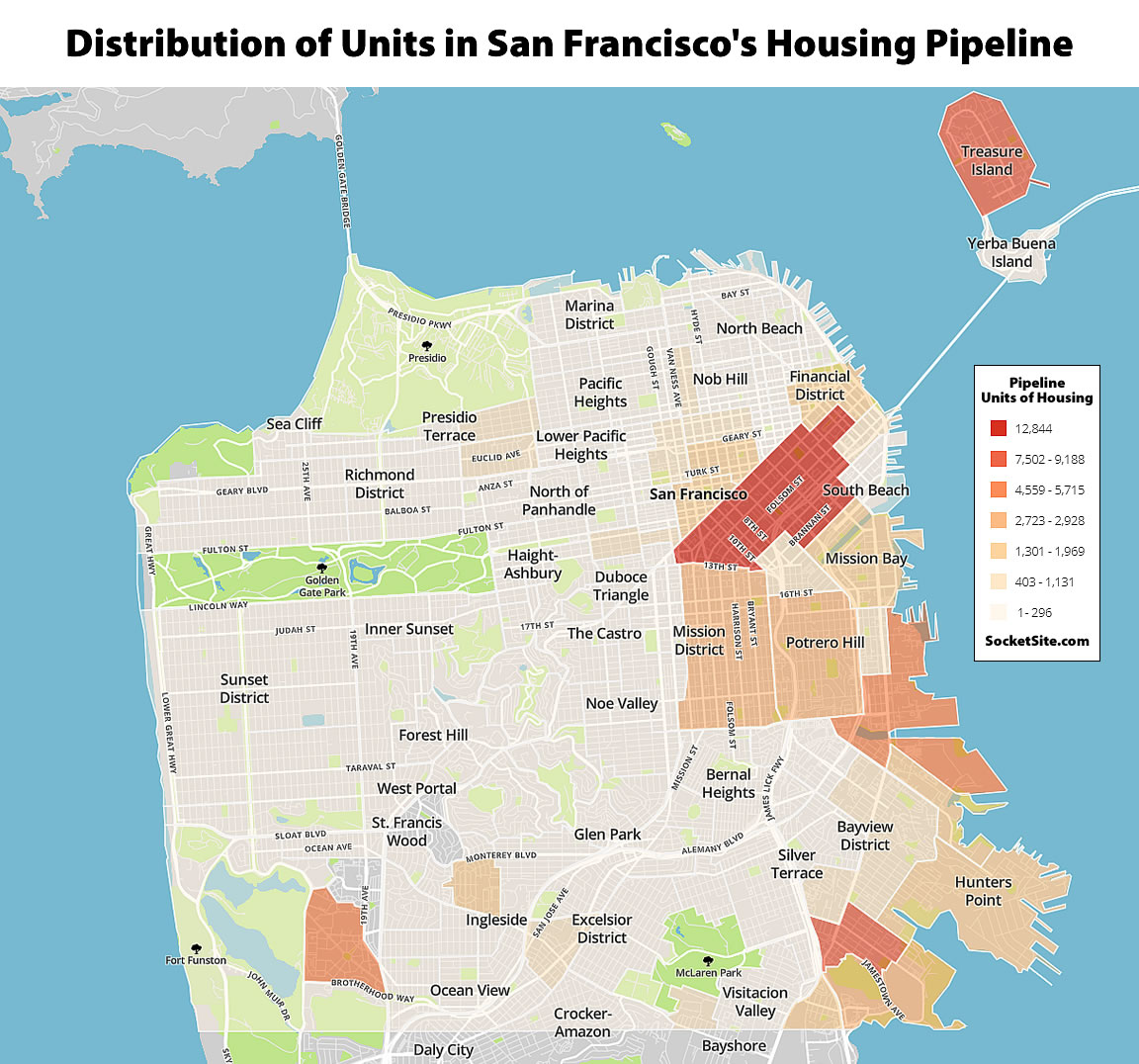 In fact, the number of units which are currently under construction and should be ready for occupancy within the next year or two has ticked up to over 10,000, which is the most in over a decade, 26 percent more than at the same time last year and nearly 70 percent above the average number of units under construction across the city at any point over the past ten years as well.  Of course, construction on some of the smaller projects is currently suspended.

At the same time, the net-new number of units of housing for which building permits have either been issued, approved or requested – but for which the ground has yet to be broken – has ticked up to nearly 17,000, which is the most in over a decade as well, while the number of units in projects that have already been approved but not yet permitted (which still includes the majority of the 10,500 units by Candlestick, 7,800 units on Treasure Island and 5,680 units at Parkmerced, projects which have overall timelines measured in decades, not years) has ticked down to 30,600.

And with proposals for another 16,000 units of housing now under review by the City’s Planning Department, which continues to be bolstered by the passage of San Francisco’s proposed Central SoMa Plan, San Francisco’s Housing Pipeline totals a record 73,819 units, which is 954 more than in the first quarter of 2019, which was the previous high water mark, including over 14,000 units of “affordable housing” which are to be offered at below market rates, according to our latest accounting of Planning’s databases as newly mapped and distributed above.