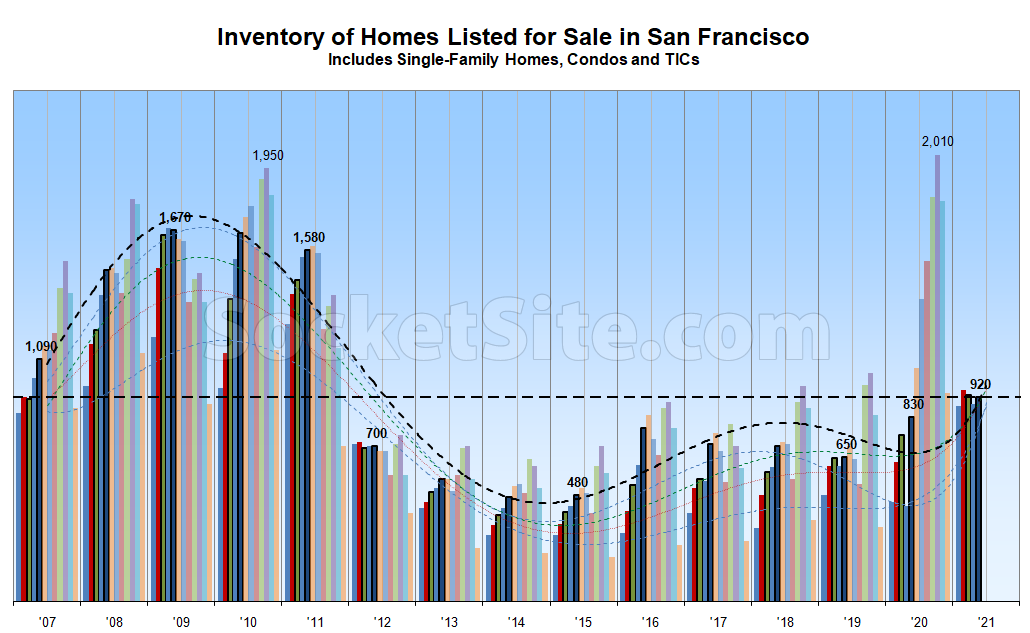 At a more granular basis, listed single-family home inventory (270) is roughly even versus the same time last year while the number of condos on the market (650) is up 15 percent with the list price for 23 percent of the condos on the market having been reduced at least once, and 15 percent of the listings for single-family homes, versus 15 percent and 17 percent, respectively, at the same time last year.

And while the number of homes in contract across San Francisco is still up around 50 percent versus the same time last year, pending sales dropped 6 percent over the past week with an average list price per square foot that’s down 7 percent, year-over-year.

Pace of Construction in San Francisco Drops, but...