A (Less Than) Significant Finding for Proposed Tower to Rise 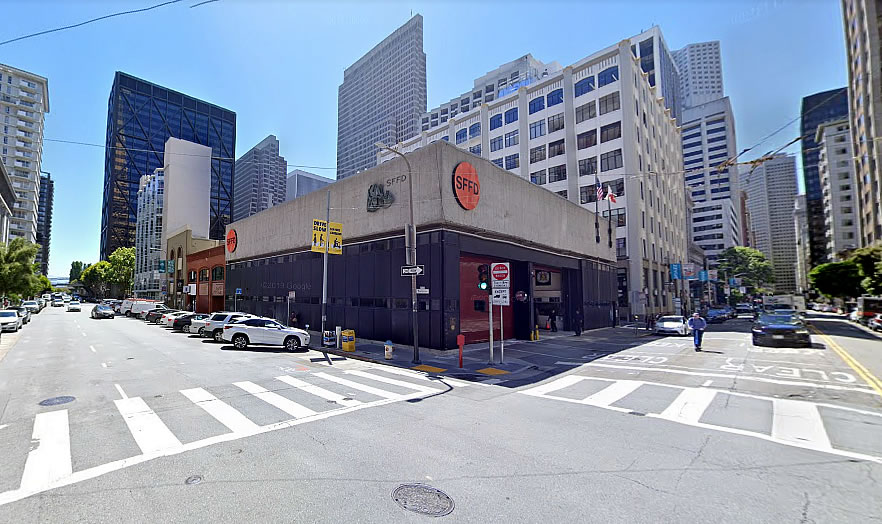 While a detailed analysis of the proposed tower to rise up to 200 feet in height on the site of San Francisco’s aging Fire Station 13, as newly rendered by SOM below, on the southeast corner of Sansome and Washington Streets, has determined that the development would cast some net new shadow on Maritime Plaza, Sue Bierman Park and the nearby Transamerica Redwood Park, the projected new shadow on the Sue Bierman and Transamerica Redwood Parks “would likely not be noticeable.” 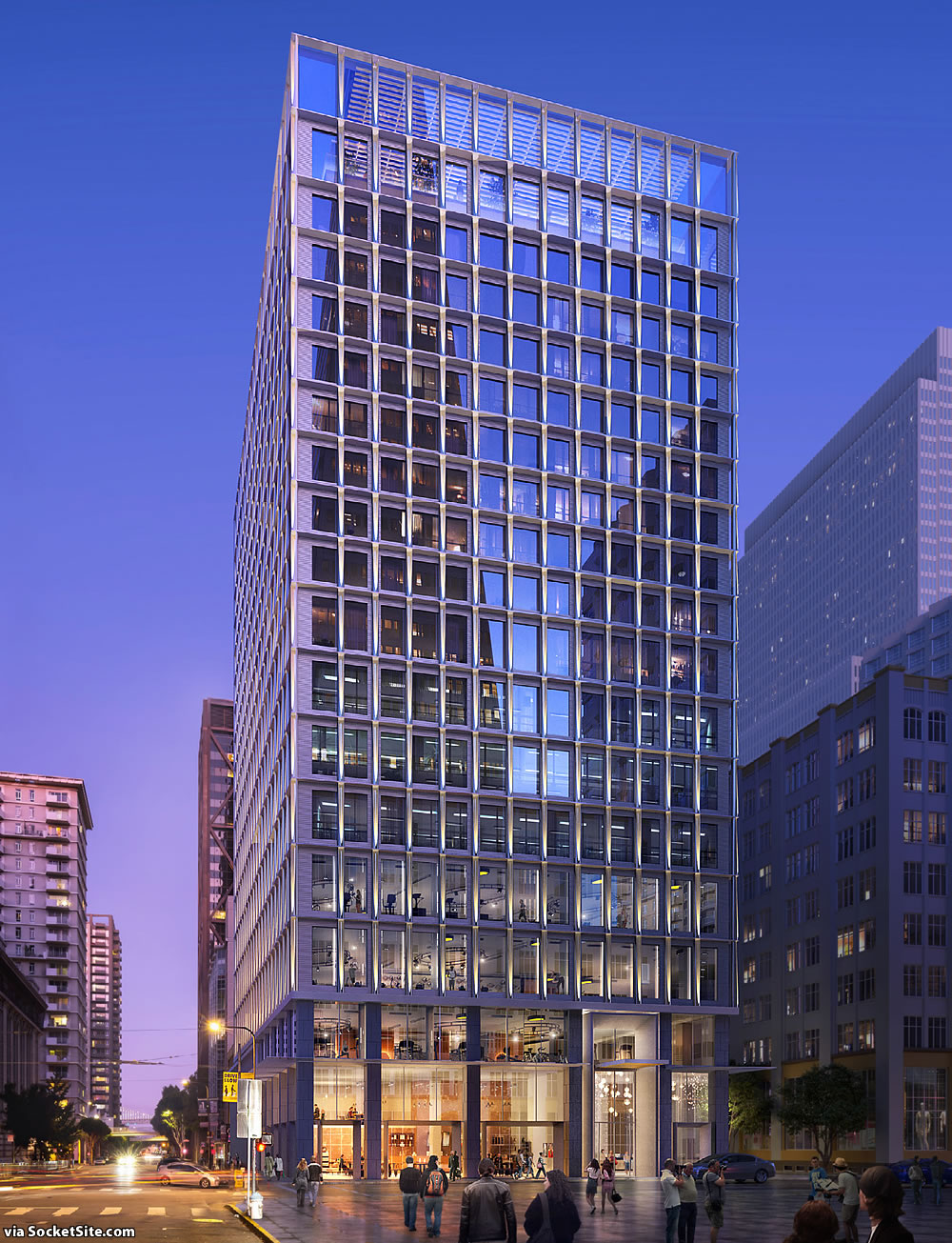 And while the tower’s projected shadow would reach Maritime Plaza for a few hours a day on up to 232 days per year, and “could be noticeable to park users that are particularly sensitive to the availability of sunlight,” “it was observed that the majority of [Maritime Plaza] users engage in transitory activities that are less sensitive to the availability of sunlight.”

And as such, Planning has determined that the net new shadow from the tower “would not substantially affect the use and enjoyment of [Maritime Plaza]” and that the project would have a “less-than-significant impact” on any of the surrounding open spaces under the jurisdiction of the Recreation and Park Department, impacts that are governed by San Francisco’s Sunlight Ordinance (a.k.a. Prop K). 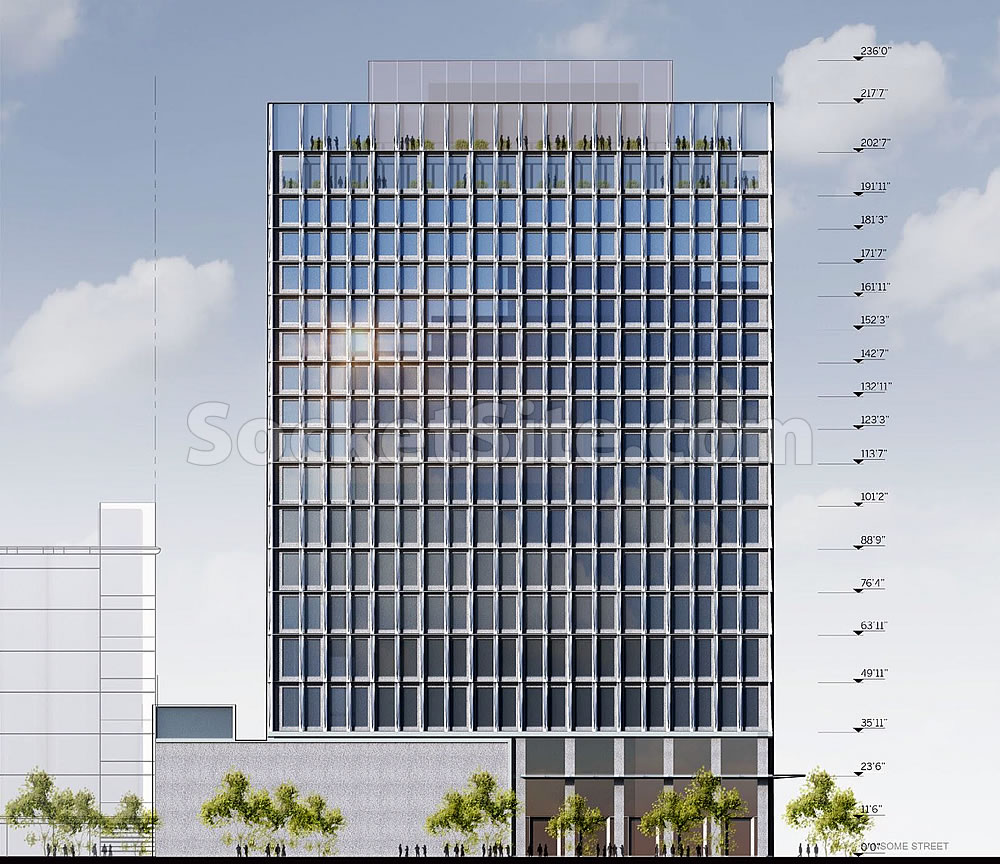 With that in mind, the project has just been granted a Preliminary Mitigated Negative Declaration (PMND), a finding that establishes that that the project “would not have a significant effect on the environment as proposed,” which is a good thing if you’re the developer.

And if the project is approved, funded and survives any neighborhood challenges, the tentative timeline for the development now calls for breaking ground at the end of this year.

Bars Can Reopen in San Francisco, Plus... [UPDATED]