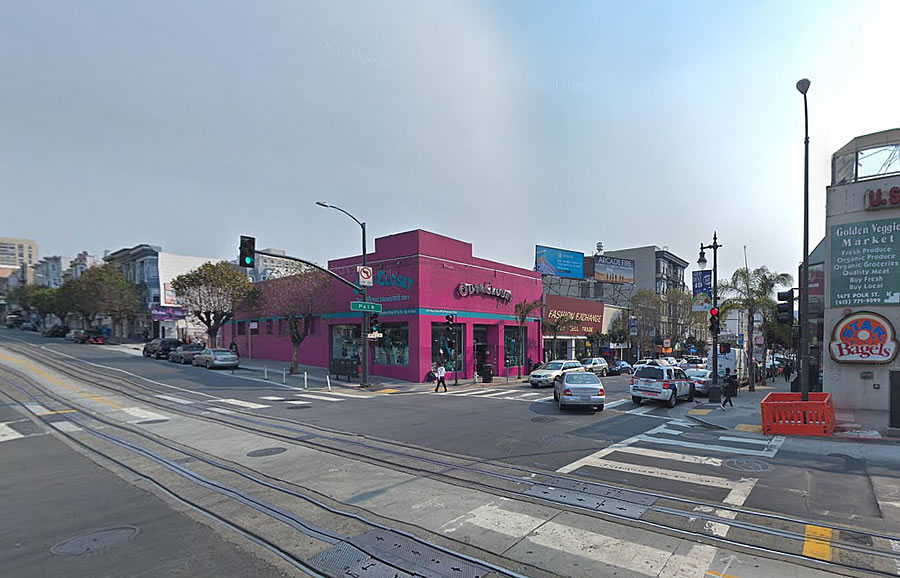 Having been entitled by Planning last year, the plans for an 8-story building to rise up to 80 feet in height on the Out of the Closet site on the southeast corner of Polk and California have been slightly refined to yield 97 units, versus 100 as approved, but with five (5) more one-bedrooms, for a total of 34, and seven (7) fewer studios for a total of 13 and the remainder a mix of two and three bedroom units (along with nearly 10,000 square feet of new ground floor retail space and a storage room for bikes) 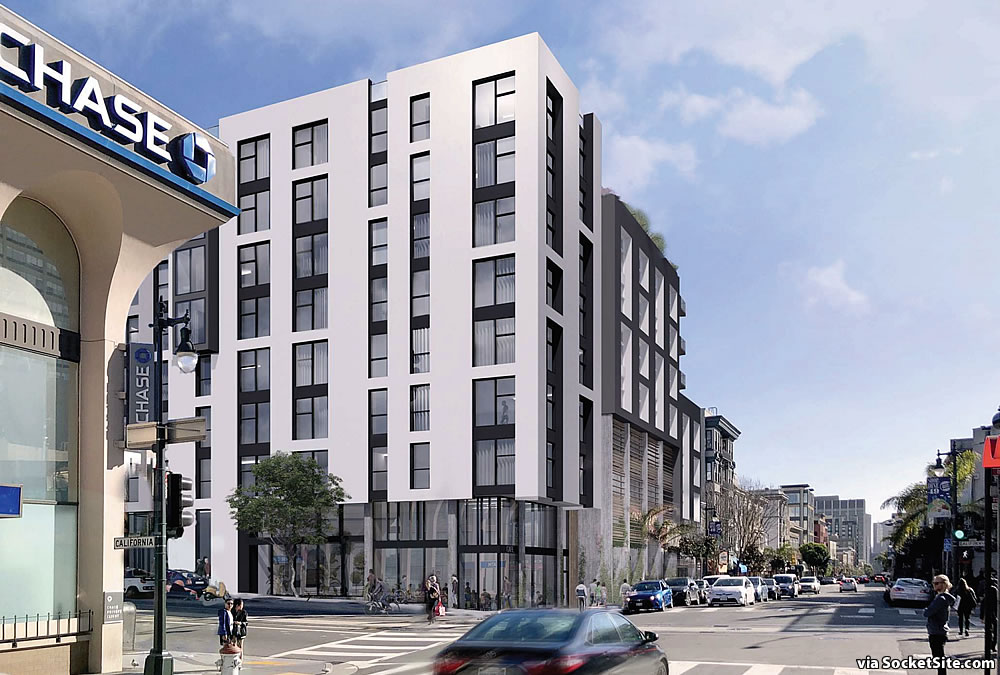 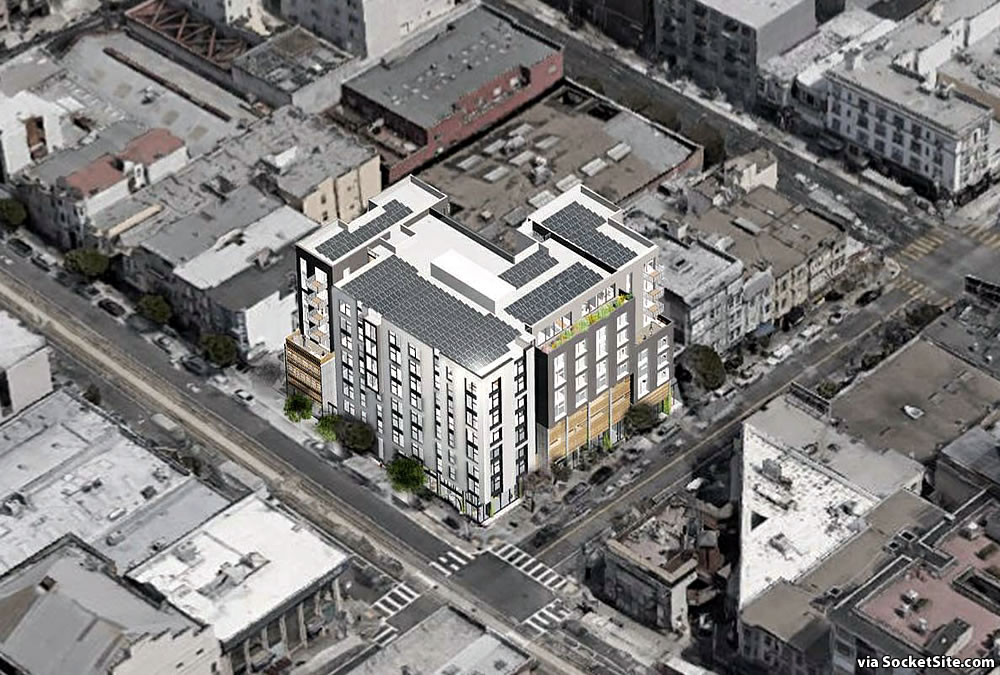 And while demolition permits have yet to be issued, the building permit for the bonus-sized Polk Gulch project development, which had been on hold, is now close to being issued by the City as requested by the project team.

Number of Homes for Sale in San Francisco Holds

Modern Infill on the Boards, Slated for Approval