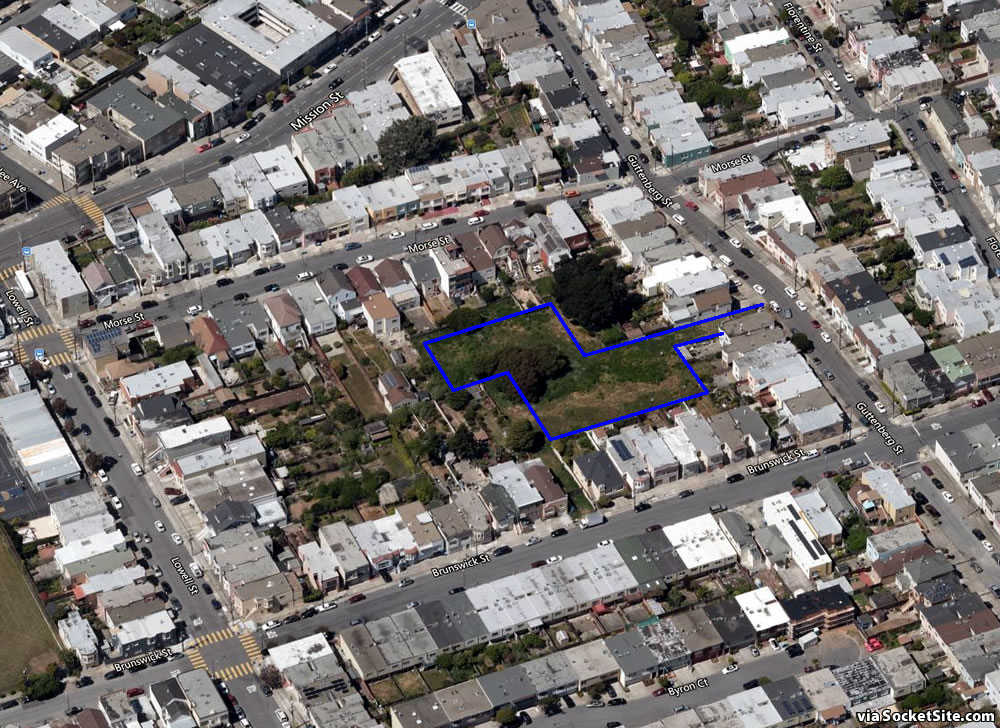 The irregularly-shaped, 36,406-square-foot lot in the middle of the Crocker Amazon that’s block bounded by the homes fronting Guttenberg, Morse, Brunswick and Lowell streets, was purchased for $1.9 million in early 2017. And while technically zoned for the development of one house (RH-1), plans for a 19-unit Planned Unit Development (PUD) have been drawn. 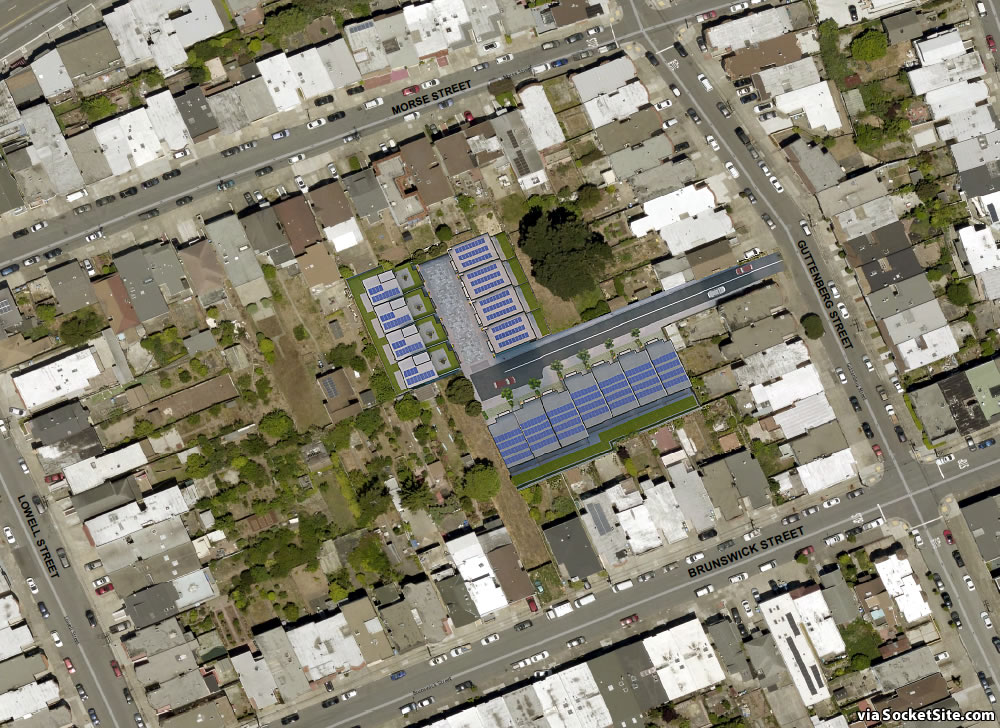 As proposed, four duplexes and eleven townhomes would rise up to 26 feet in height upon the site, with eleven three-bedroom units, eight two-bedroom units and off-street parking for 29 cars, all accessed by way of a new curb cut on Guttenberg Street and a 267-foot-long private driveway with sidewalks on either side. 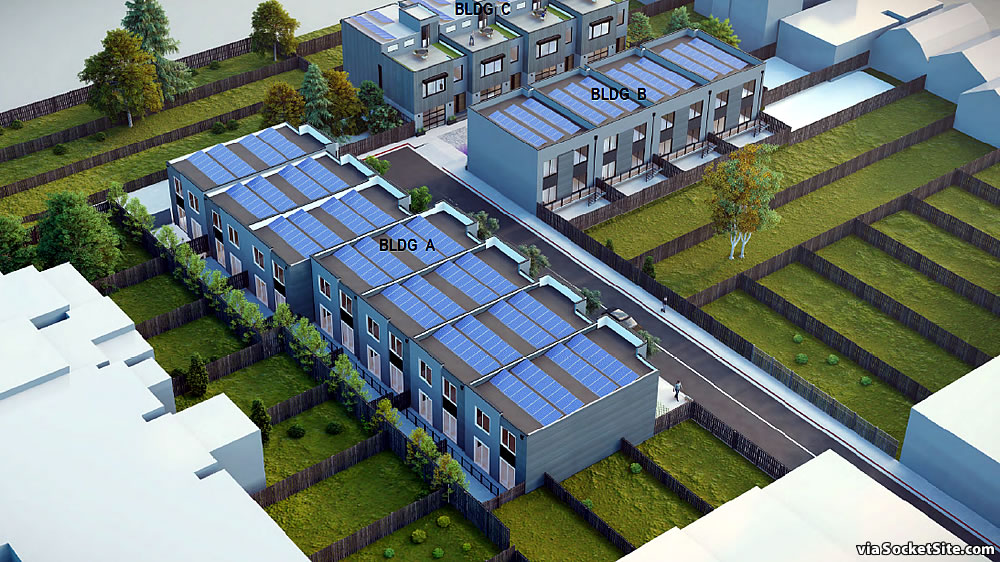 As designed by SIA Consulting, the two and three-story units would range in size from 1,041 to 1,689 square feet with photovoltaic systems on all the roofs. 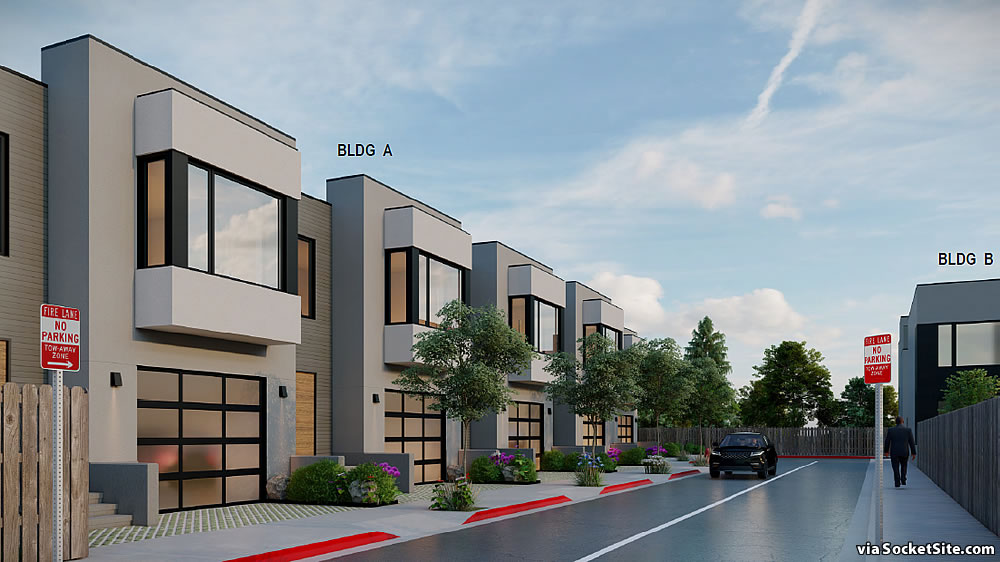 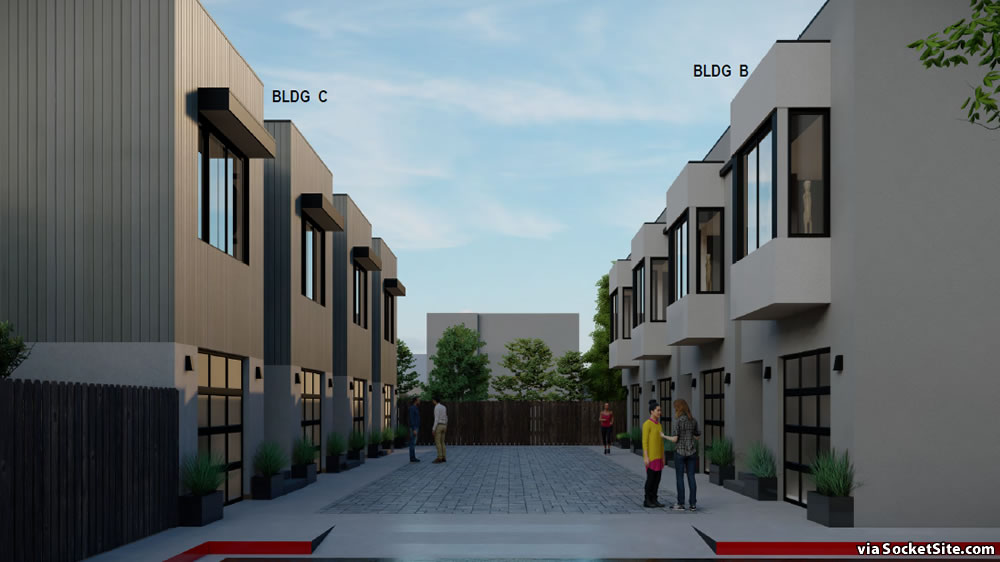 While certain to garner some vocal opposition and appeals from residents in the neighboring homes, the Guttenberg Project could be approved by San Francisco’s Planning Commission next week along with a number of variances required for the development to be constructed as proposed.  But permits for the project have yet to be requested.  And keep in mind that plans for a 9-unit development to rise on the site were drafted back in 2013 prior to the parcel being flipped.

And as with the modern infill project that was approved, but summarily constrained, across town, we’ll keep you posted and plugged-in.