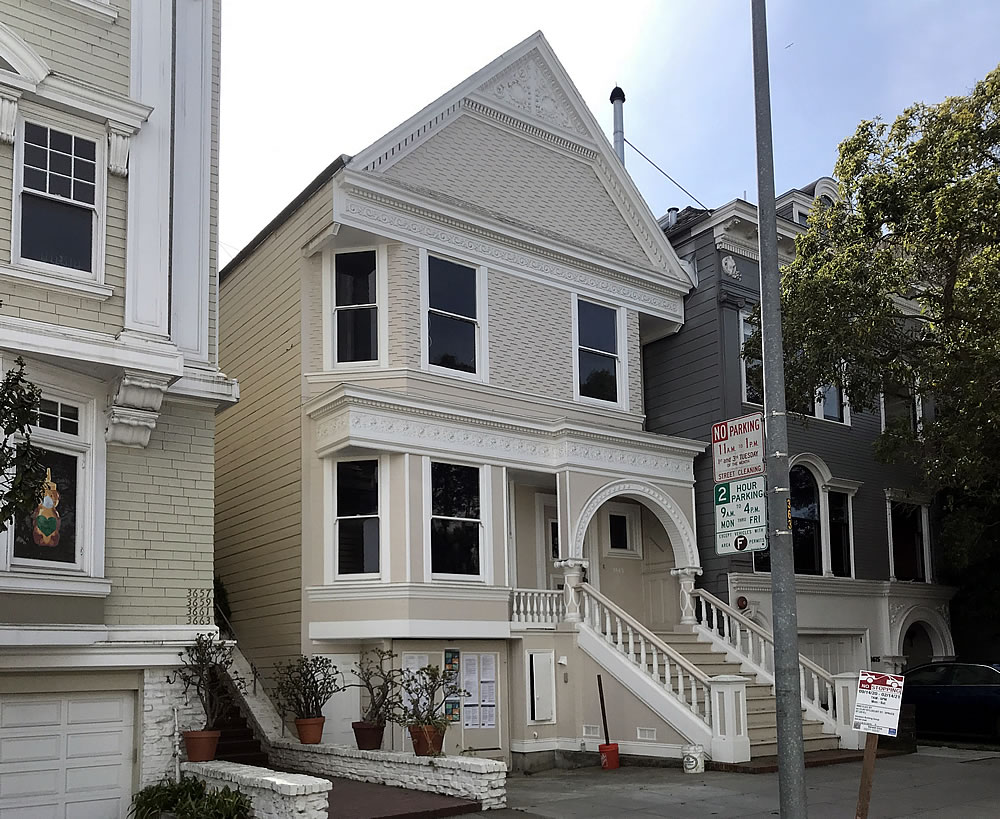 Purchased as a “grand and totally vacant” 2-unit building, “with ample opportunity for expansion and renovation in a prime Presidio Heights location,” for $3.95 million in October of 2019, a permit for an “in kind only” and non-structural renovation of the 4,165-square-foot Victorian at 3665 Clay Street was approved and issued in June of last year.

An application to secure an over the counter permit for a more extensive remodeling and fourth floor expansion was subsequently submitted to the city in early September but was never approved.

And on September 15, 2020, the city received a tip that the foundation of the building had been removed.

A site inspection confirmed that the foundation had been removed along with around 40 yards of soil and that the unpermitted work had undermined the foundations of the buildings on either side. And as such, an emergency permit to pour a new foundation was summarily approved and completed.

While the original permit for the “renovation” was revoked, the aforementioned application for a more extensive remodeling, which was on hold, is now close to being approved.

But with another complaint having noted that the underlying plans for the “renovation” appear to have been drawn to yield a single-family home, sans an approved dwelling unit merger or Planning review, a formal Notice of Complaint has just been issued by Planning and no permits will be issued until the alleged violation is resolved.

And yes, these are the type of infractions which the proposed “Expanded Compliance Control List” aims to address.

Mortgage Loan Activity Ticks Up, But...