Waylaid RFP for Temporary Terminal Site About to Be Released 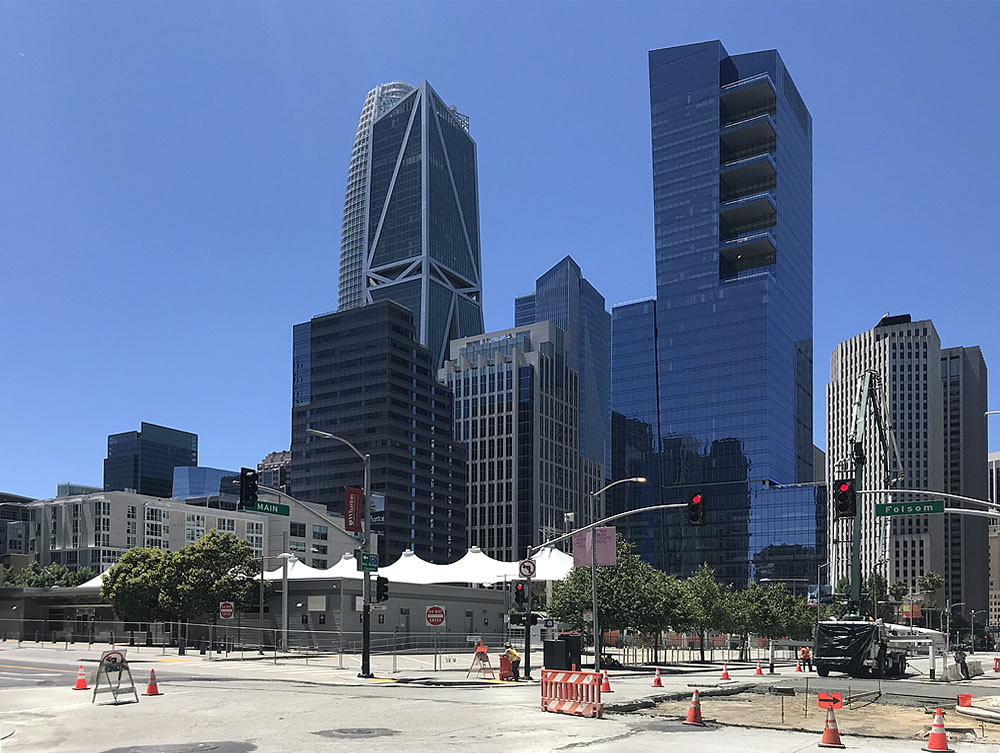 Waylaid by the emergency closure and required fix of San Francisco’s new Salesforce/Transbay Transit Center, a refined request for proposals (RFP) to build around 250 units of below market rate (BMR) rental housing on the southern third of the shuttered Temporary Terminal Site, a nearly 43,000-square-foot site bounded by an extension of Clementina Street to the north, Main Street to the east, Folsom Street to the south, and Beale Street to the west, is slated to be released next week. 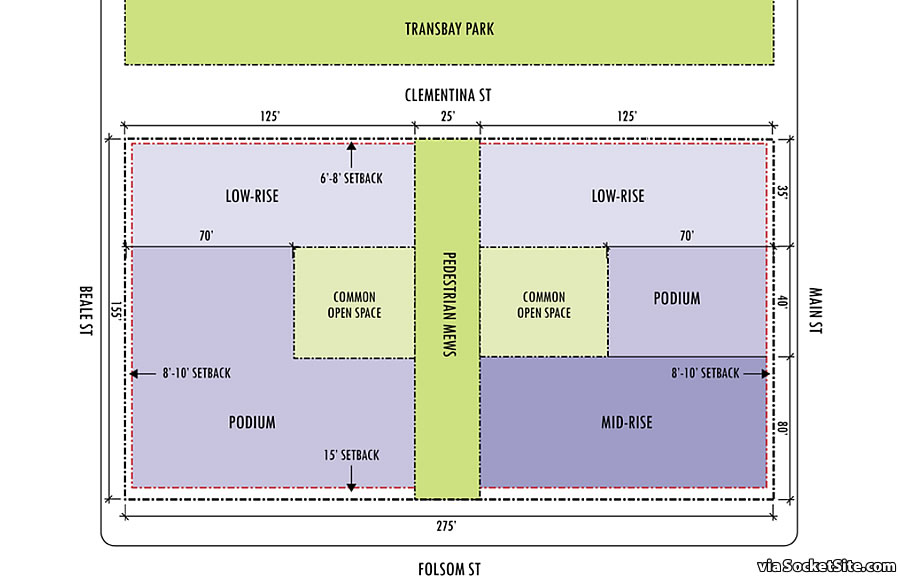 As roughly massed below, the development is cleared to rise up to 165 feet in height along Folsom at the corner of Main, with townhomes behind and adjacent to a new mid-block Transbay Park which will occupy the middle third of the Temporary Terminal site. 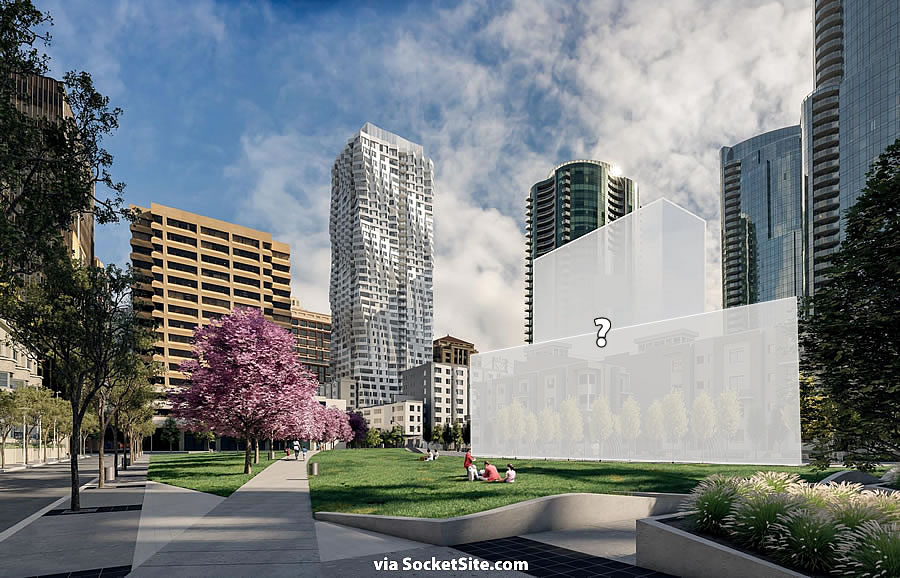 That being said, according to the draft RFP, project teams will be invited to “consider the possibility that the site could be rezoned to increase the height on portions of the parcel” and provide “a narrative describing the increases in the number of units, feasibility analyses, construction costs and urban design issues associated with a rezoning” if said possibility is proposed.

Assuming the RFP is issued next week, responses will be due in mid-September, the winning team could be identified by the end of the year and the City’s Office of Community Investment and Infrastructure is aiming to have a framework for negotiations and a predevelopment loan agreement in place by February of next year (2021).

Another Prominent Gas Station Site in Play, But...