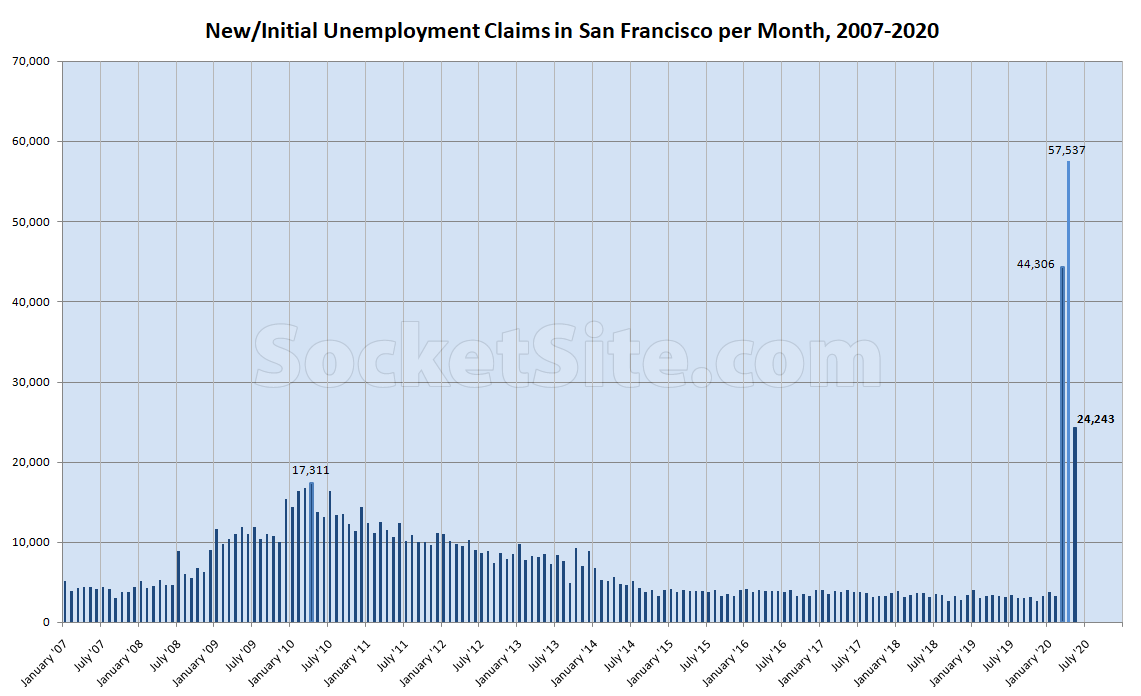 Having climbed to over 57,500 in April, the number of San Francisco residents that filed a new/initial unemployment claim dropped to 24,243 in May.

That being said, the number of employed people residing in the city has continued to decline and over 133,000 new unemployment claims have been filed by San Francisco residents since the start of the year.  As a point of comparison, there were a total of 29,000 people collecting unemployment insurance in San Francisco at the height of the Great Recession and 42,700 unemployed people overall.

And with just over 200,000 new unemployment claims having been filed across the Bay Area last month, which was down from 440,000 new claims in April, the number of unemployment claims filed since the start of the year now totals over a million, with over 234,000 initial claims having been filed in Santa Clara County so far this year, followed closely by Alameda County with a year-to-date total of 229,000. 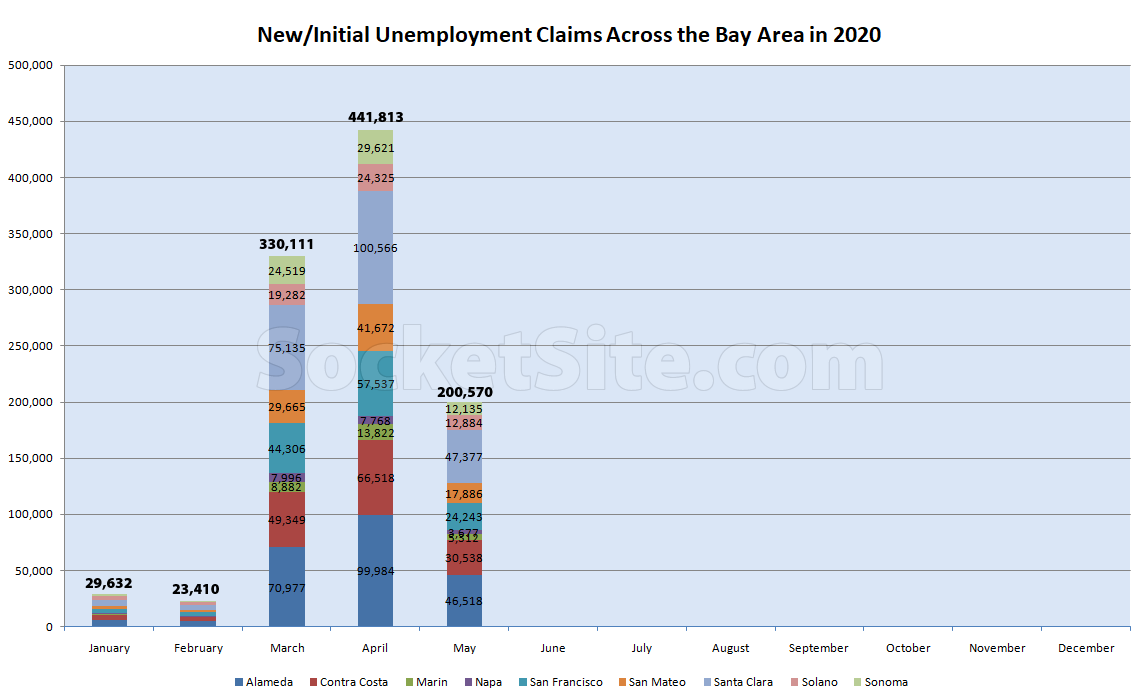