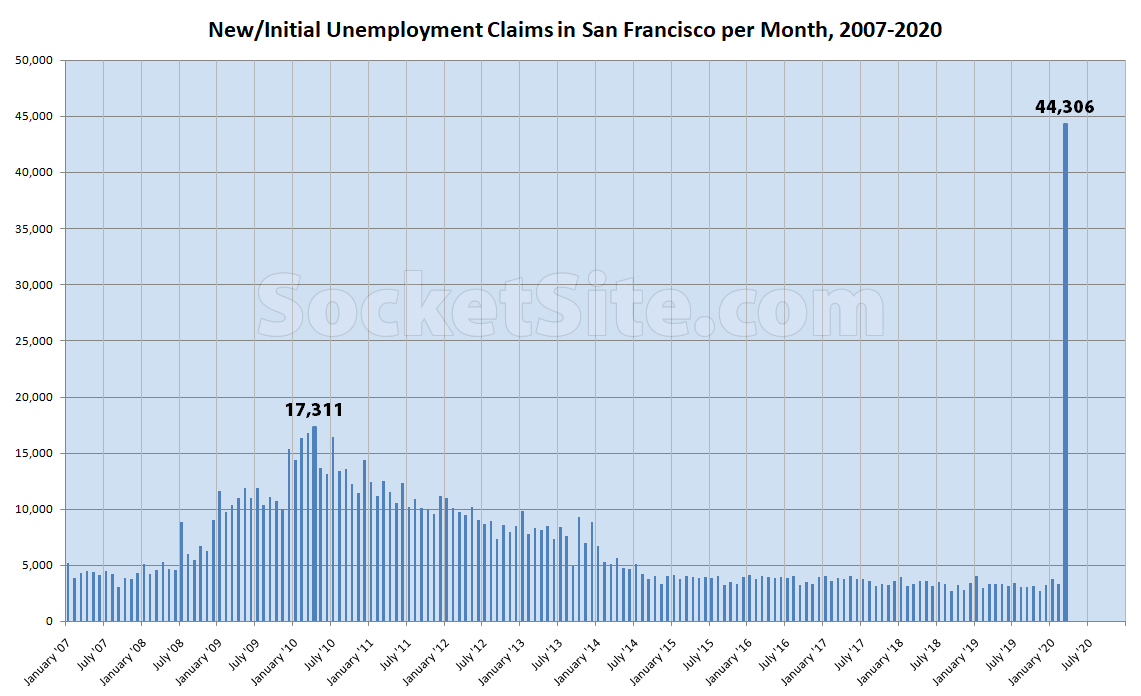 Having averaged a little over 3,500 new claims a month over the past five years, and with a total of around 5,600 individuals in San Francisco having qualified to receive unemployment benefits in February, over 44,300 new/initial unemployment claims were filed by San Francisco residents in March.

As a point of comparison, at the height of the Great Recession, the greatest number of new unemployment claims filed in a single month was a little over 17,300 (April 2010), at which point there were a total of 29,000 people collecting unemployment insurance and 42,700 unemployed people in San Francisco overall.

And across the Bay Area, over 330,000 new unemployment claims were filed last month. 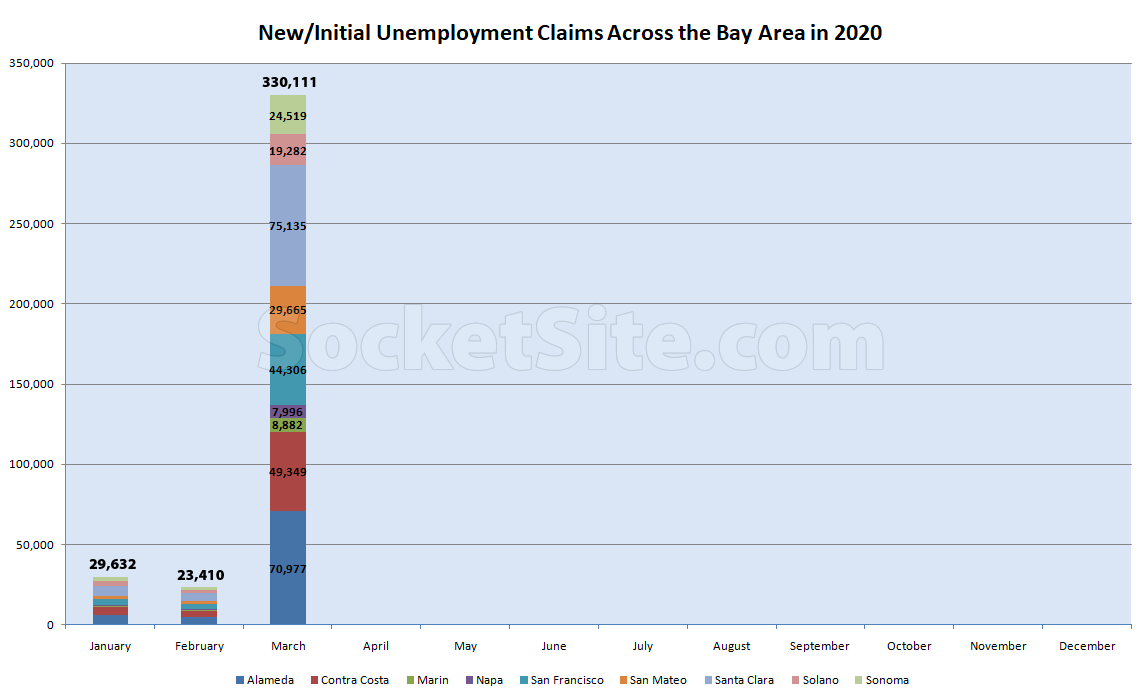 Keep in mind that none of the numbers above include claims from self-employed or contract/gig workers impacted by COVID-19 and whom can file for Pandemic Unemployment Assistance (PUA) as of today.