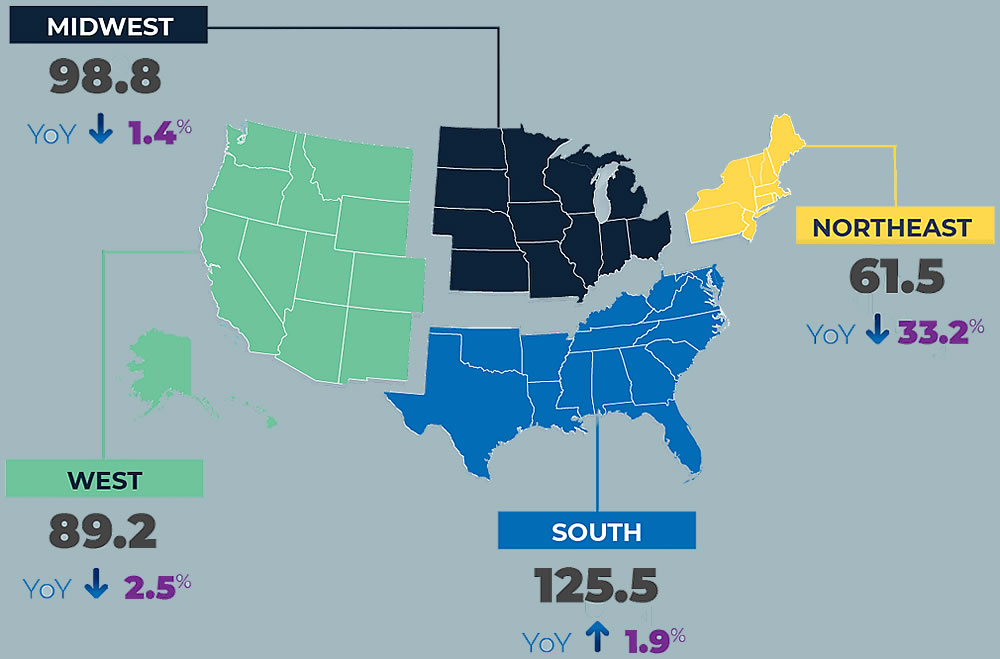 Following two months of twenty-plus percent declines, the National Association of Realtors Pending Home Sales Index, a seasonally adjusted index for which 100 denotes “an average level” of activity, rounded 44.3 percent in May to 99.6 but remains 5.1 percent below its mark at the same time last year (and 11.3 percent below its cyclical high of 112.3 which was recorded in early 2017).

Out West, the index jumped 56.2 percent in May to (a below-average) 89.2 but remains 2.5 percent below its mark at the same time last year.

And with that in mind, the National Association of Realtors is now projecting that total home sales in the U.S. will end the year down “by less than 10 percent” (versus a projected 11 percent drop in annual sales last month).