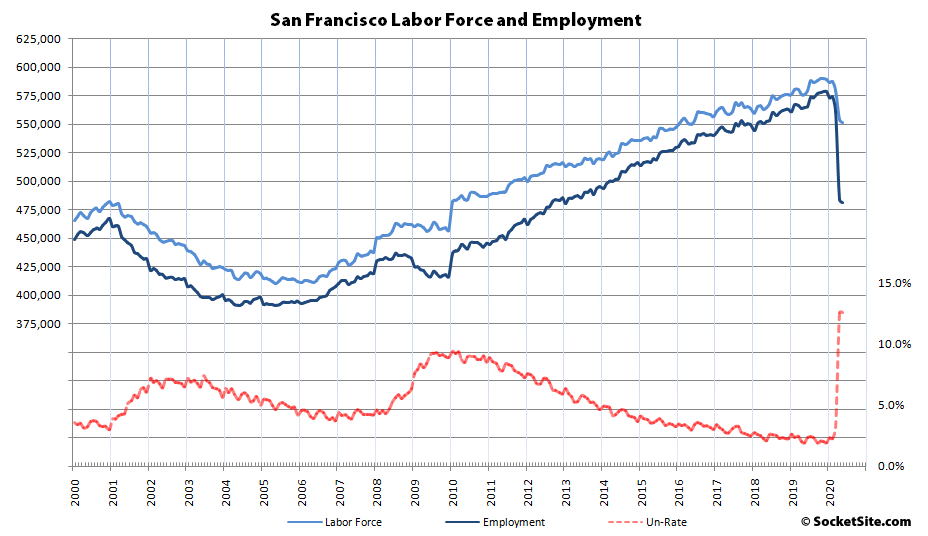 Based on employment data through the second week of May, the estimated number of San Francisco residents with a paycheck has dropped by over 92,000 over the past three months to 481,500, while the labor force has shrunk by over 36,000 to 550,900, for an unemployment rate of 12.6 percent.

As a point of reference, the unemployment rate in San Francisco maxed out at around 9.4 percent at the height of the Great Recession (January 2010). That being said, there are still 44,800 more employed people in San Francisco than there were a decade ago (but 82,900 fewer than at the same time last year) and the rate of decline was nominal in May (down by 2,400).

Over in Alameda County, which includes the City of Oakland, the estimated number of employed residents actually inched up by 2,500 in May to 693,700, but that’s 121,900 fewer employed residents than at the same time last year, or just three months ago, with an unemployment rate of 13.5 percent. 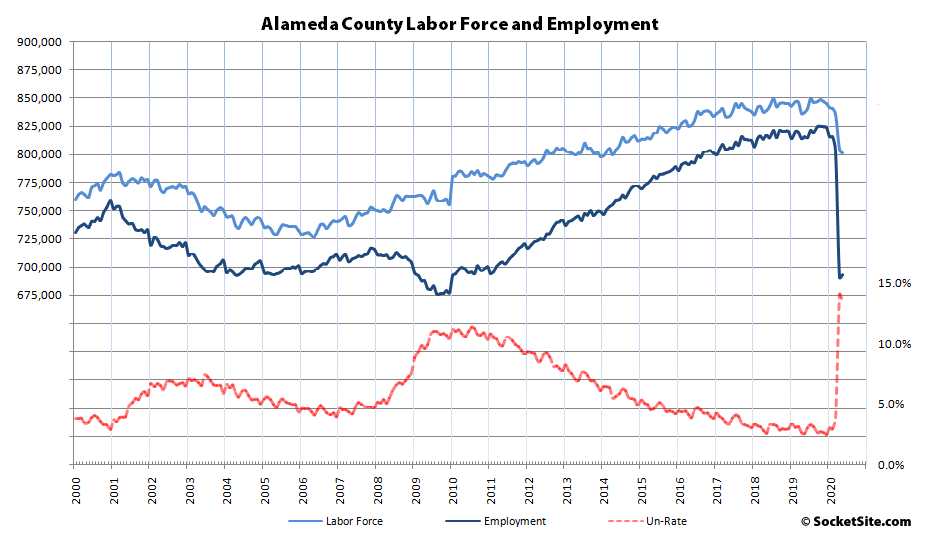 And across the greater East Bay, including Solano County, the number of employed residents actually inched up by 4,300 in May to 1,325,400 but remains down by over 230,000 on a year-over-year basis (or over the past three months) for a blended unemployment rate of 13.6 percent.

And as such, while total employment across the Bay Area – which peaked at a downwardly revised 4,113,700 this past October, which shouldn’t catch any plugged-in readers by surprise – was effectively unchanged at 3,476,600 in May (having dropped by nearly 600,000 in March and April combined), the unemployment rate dropped from 13.1 to 12.4 percent, driven by a contraction in the labor force (which dropped by 25,200 in May and is down by nearly 217,000 since March). 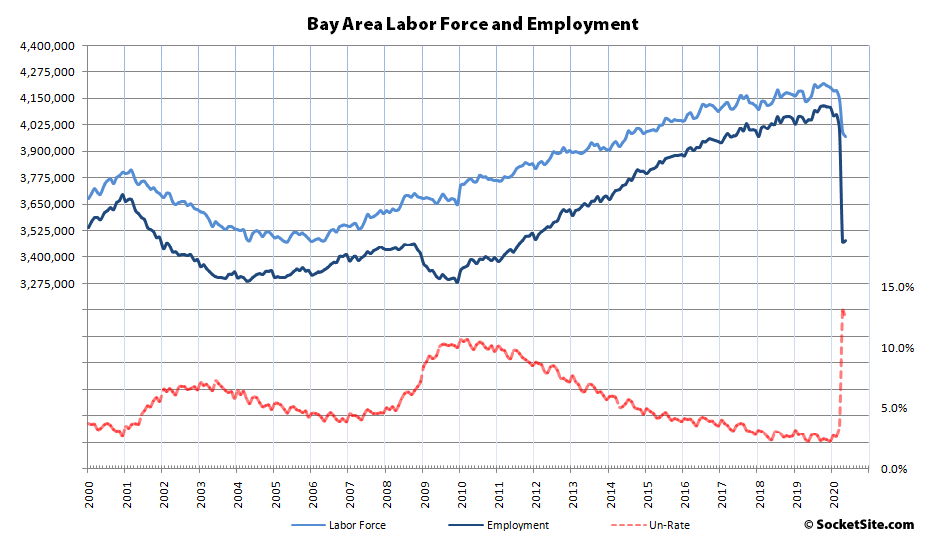