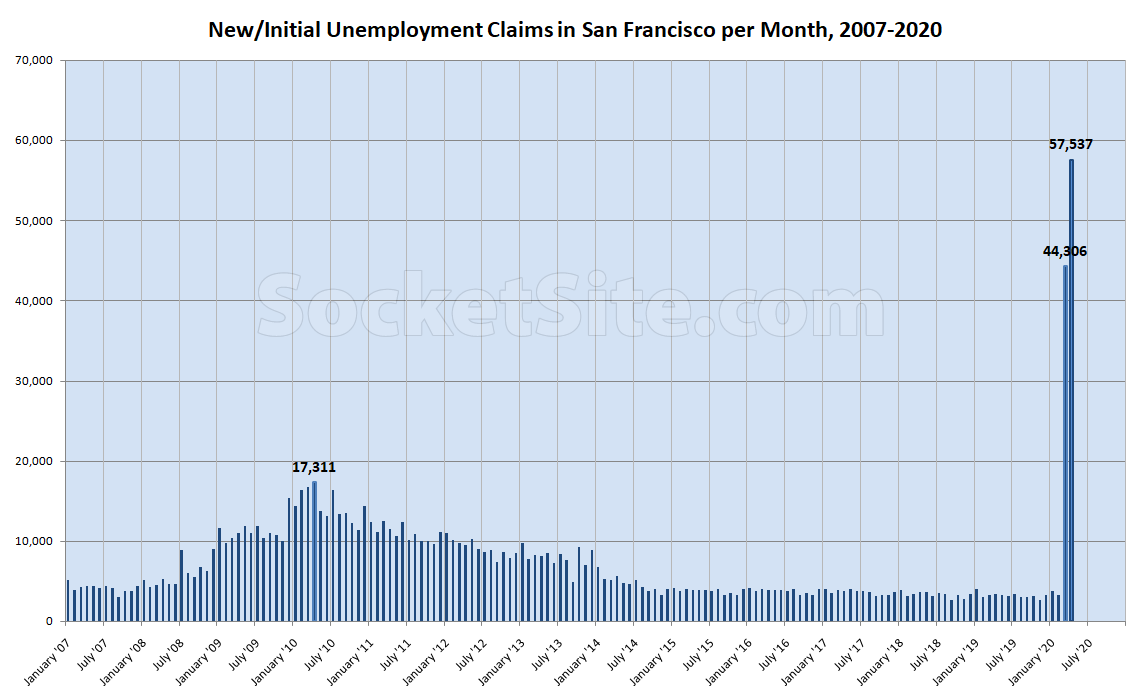 As a point of comparison, at the height of the Great Recession, the greatest number of new unemployment claims filed in a single month, in April of 2010, was a little over 17,300, at which point there were a total of 29,000 people collecting unemployment insurance and 42,700 unemployed people in San Francisco overall. 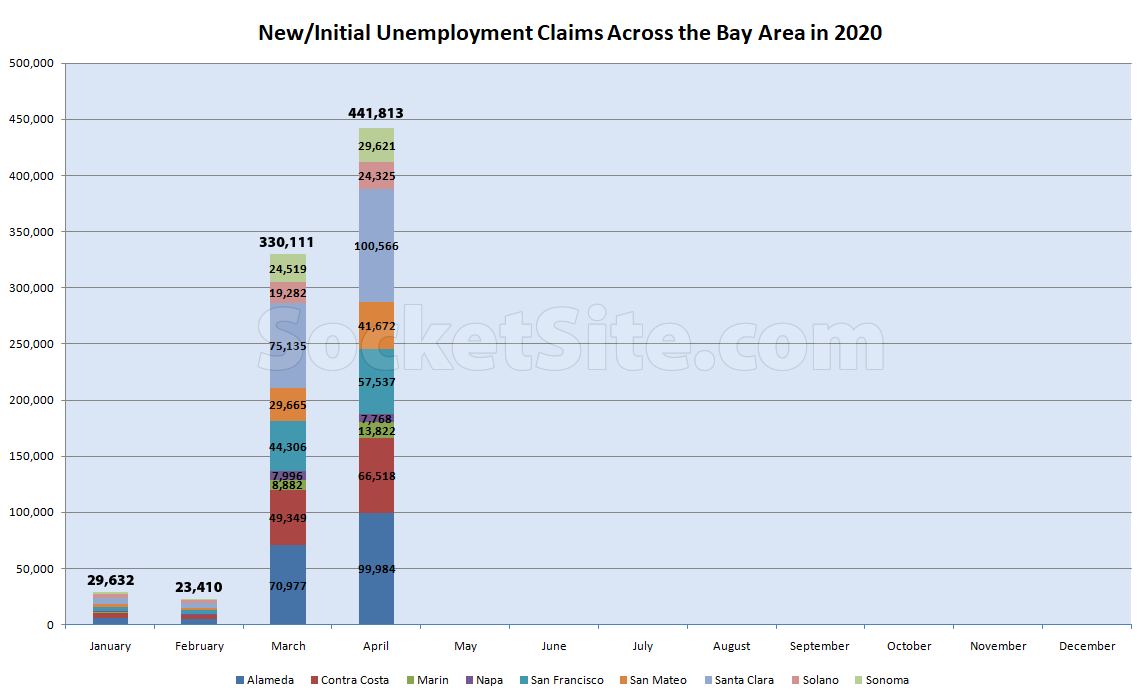 While Marin recorded the biggest month-over-month jump on a relative basis (up 56 percent, from 8,882 to 13,822), Alameda County recorded the biggest increase in the absolute (from 70,997 to 99,984 new claims, an increase of 41 percent). And while the number of new claims in Napa County actually slipped 3 percent, from 7,996 in March to 7,768 in April, the number of new claims last month was still 15 times higher than in February.