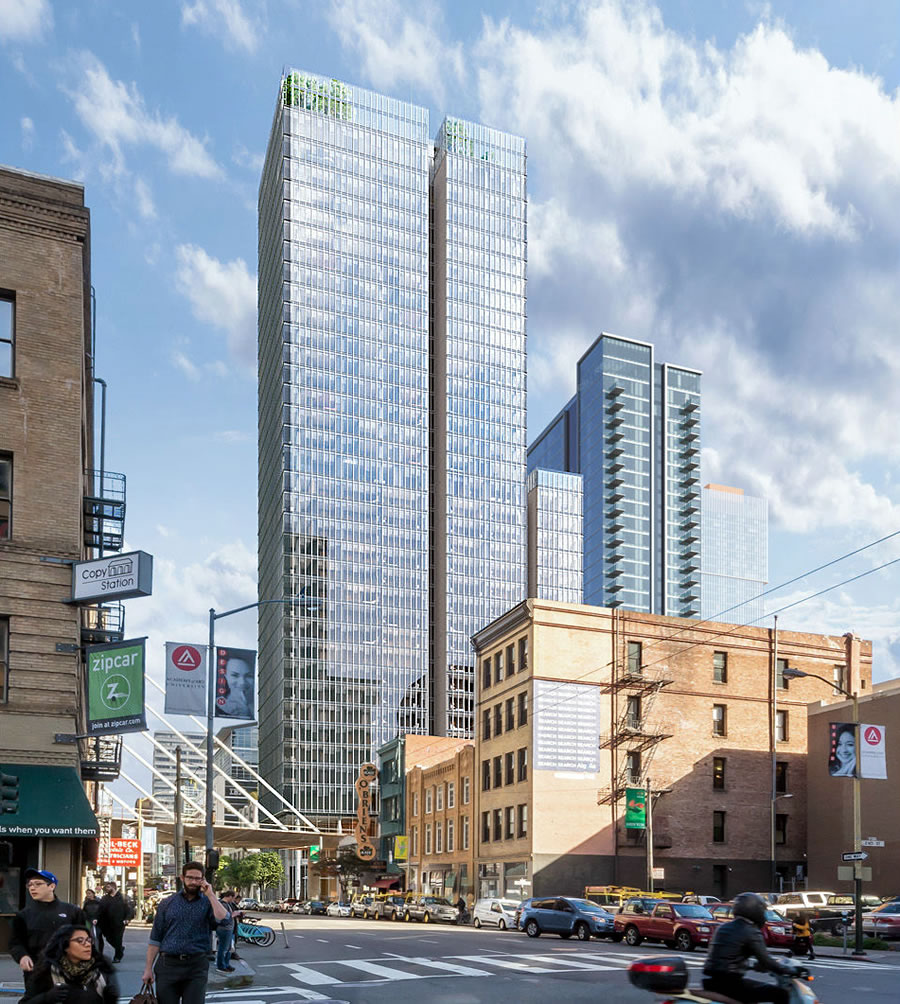 While plans for a luxury hotel and condo tower designed by Renzo Piano Building Workshop and Mark Cavagnero Associates were previously approved and permitted to rise up to 405-feet in height at 555 Howard Street, the 69 condos which were to top the development have since been eliminated from the plans, a move which shouldn’t catch any plugged-in readers by surprise.

The modified plans would yield an additional 164 hotel rooms (for a total of 401).  And while the envelope and design of the tower remain roughly the same, the building’s quadruple-height lobby and restaurant space fronting Howard Street, along with the approved streetscape for the development, have been modified. 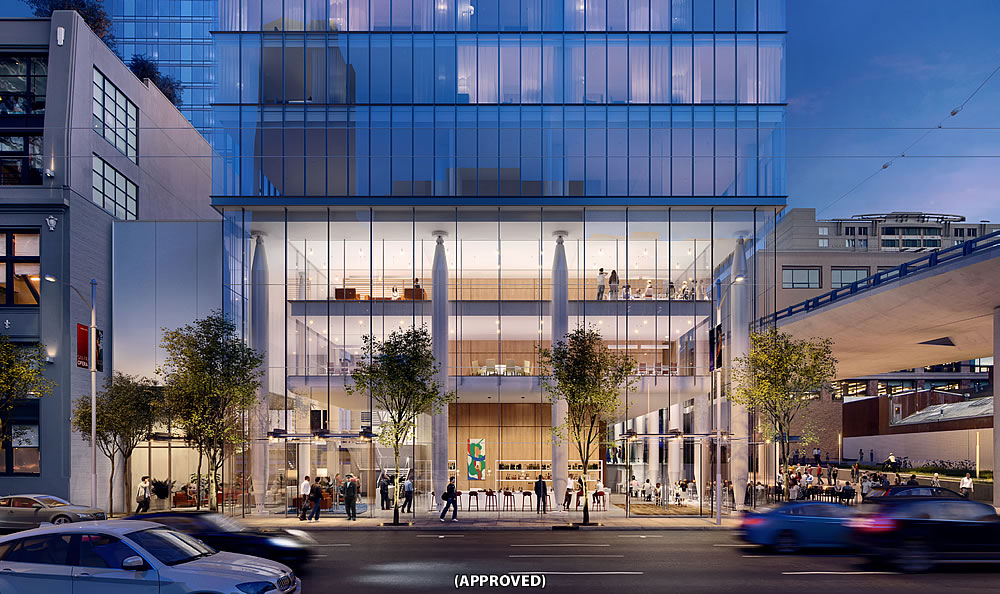 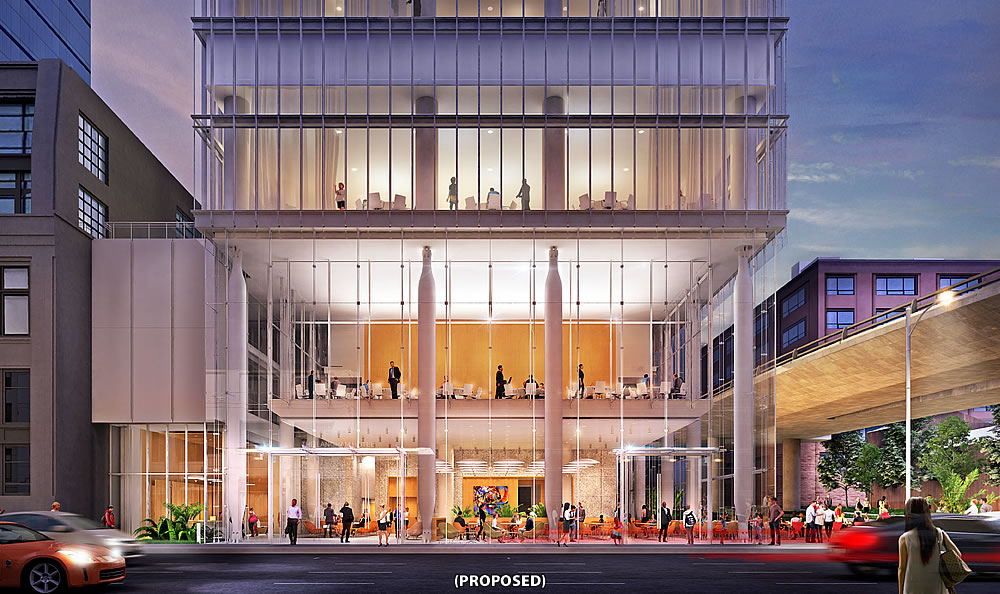 The tower’s Tehama frontage has been slightly modified as well and the adjacent “Under Ramp Park” component of the project now includes a more distinct terrace for the tower’s lobby restaurant, bordered by an “urban garden” POPOS. 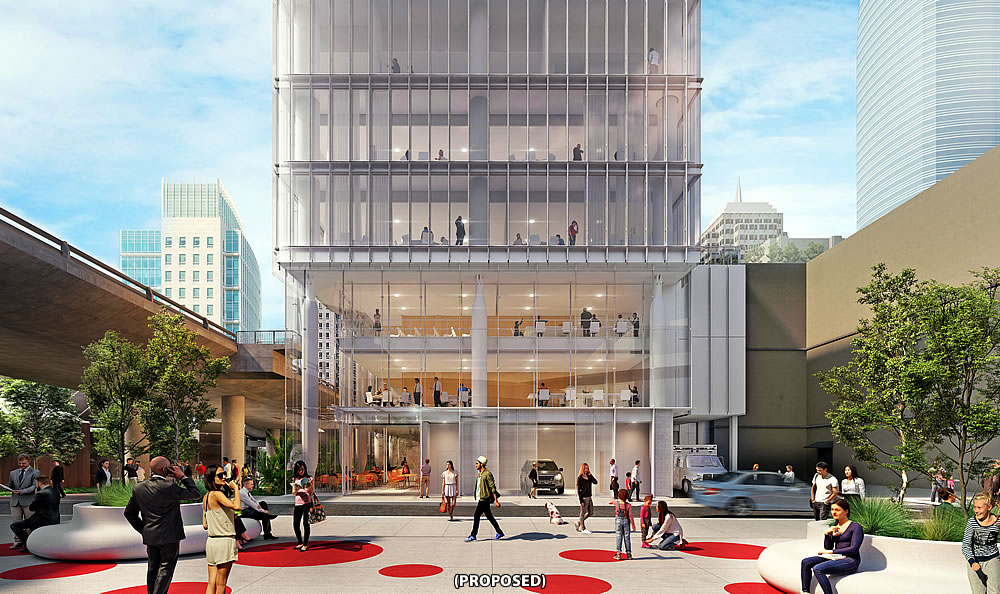 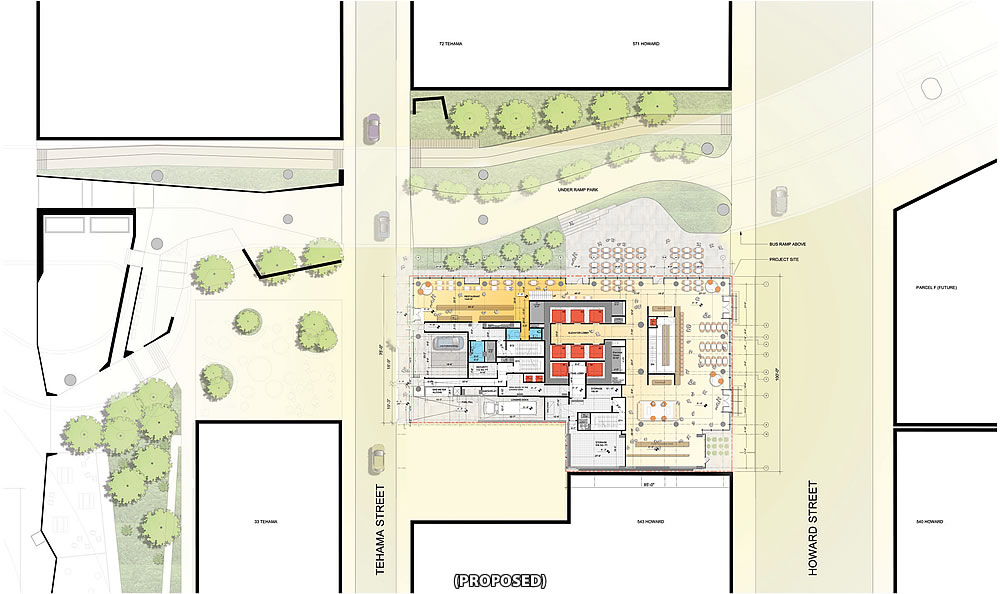 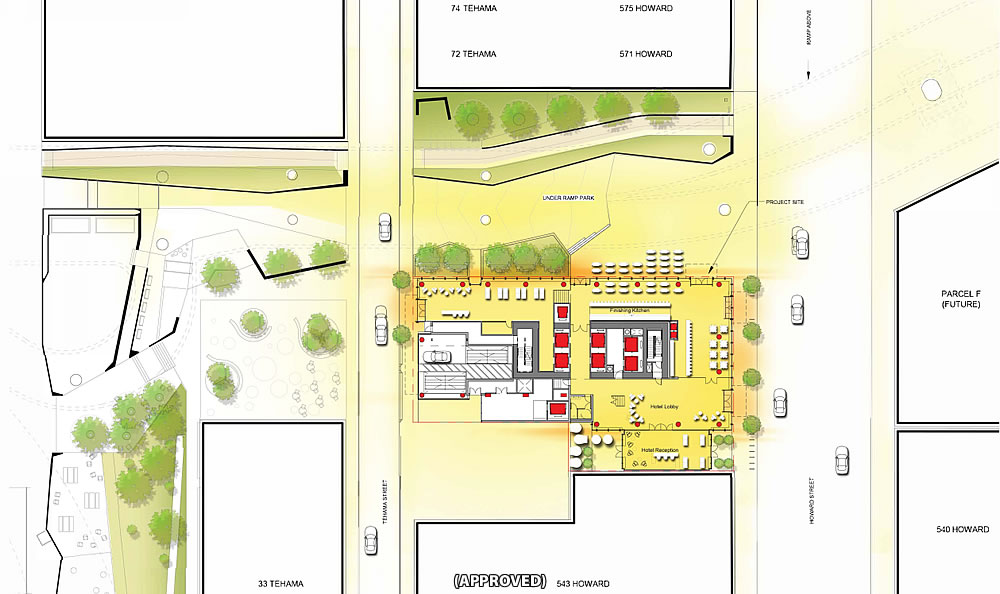 And yes, building permits for the modified project have been requested but are dependent upon the modifications being approved by Planning, the application for which is under review.