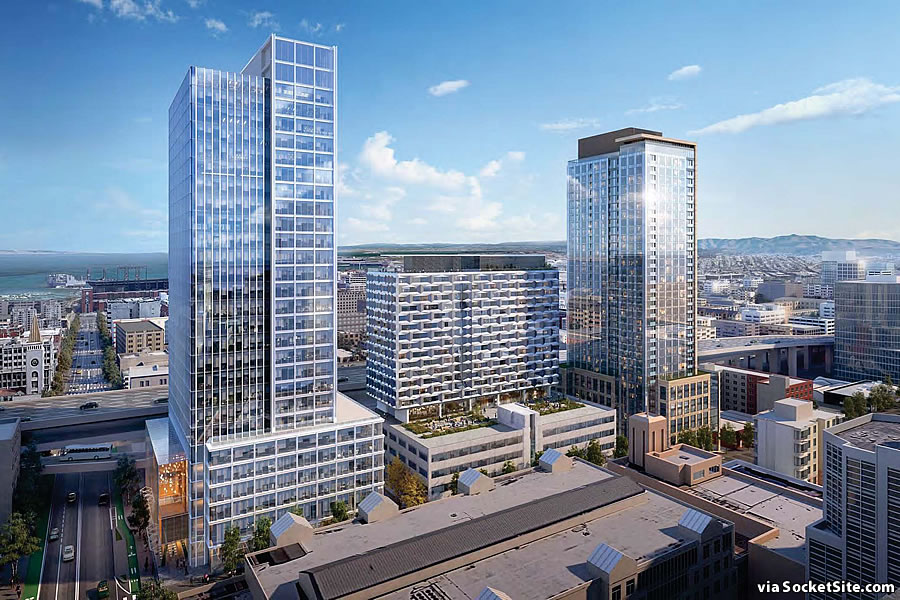 The proposed mass redevelopment of 12 contiguous Central SoMa parcels stretching from 400 Second Street to 665 Harrison, a.k.a. the One Vassar project, has just qualified for a streamlined environmental review and could break ground as early as next year if approved, with two towers rising up to 350 feet in height and a modern addition atop the historic building between.

On the other end of the site at 657 Harrison Street, a 35-story residential tower designed by Solomon Cordwell Buenz (SCB) would yield up to 489 apartments, with a 14,000-square-foot childcare facility, 1,700 square feet of ground floor retail space and a basement garage for 128 cars.

And atop the historic building at 645 Harrison Street, a modern 15-story addition designed by SOM would rise to a height of 200 feet and yield a new 468-room hotel. 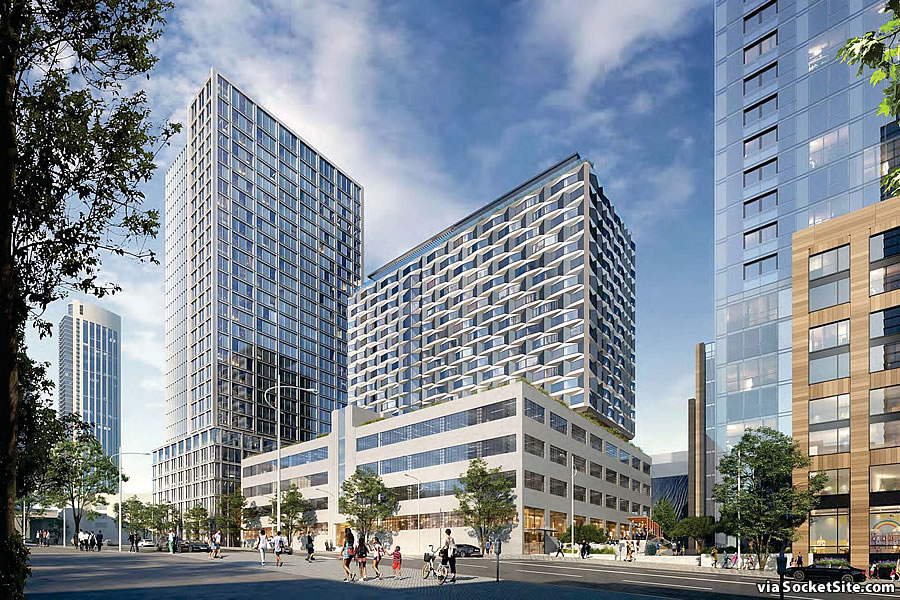 At the same time, the first floor of the existing 4-story building at 645 Harrison Street would be converted into 24,000 square feet of new restaurant and retail space, configured as a “market hall,” with 65,000 square feet of office space, and 44,000 square feet of PDR, spread across the floors above and an adjacent 8,400-square-foot Hawthorne Street Plaza connecting Harrison and Perry.