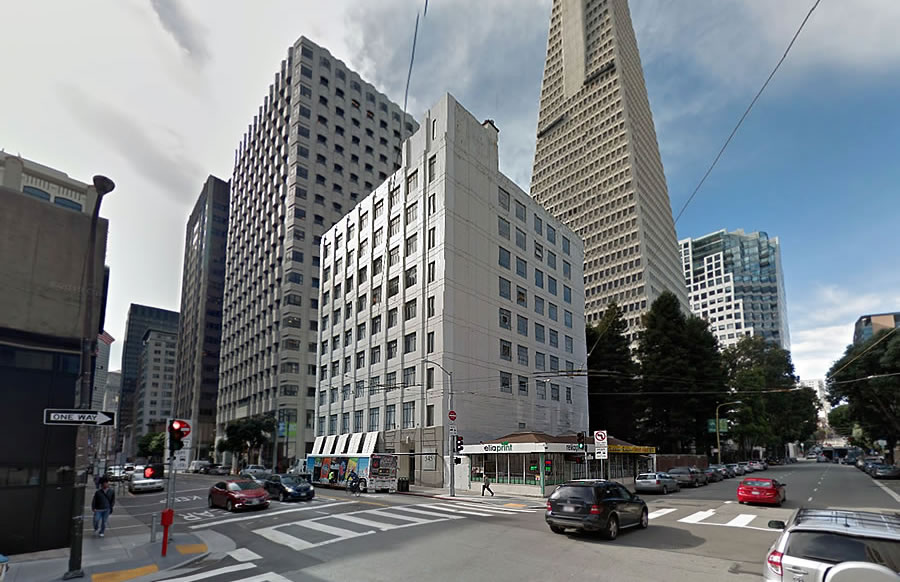 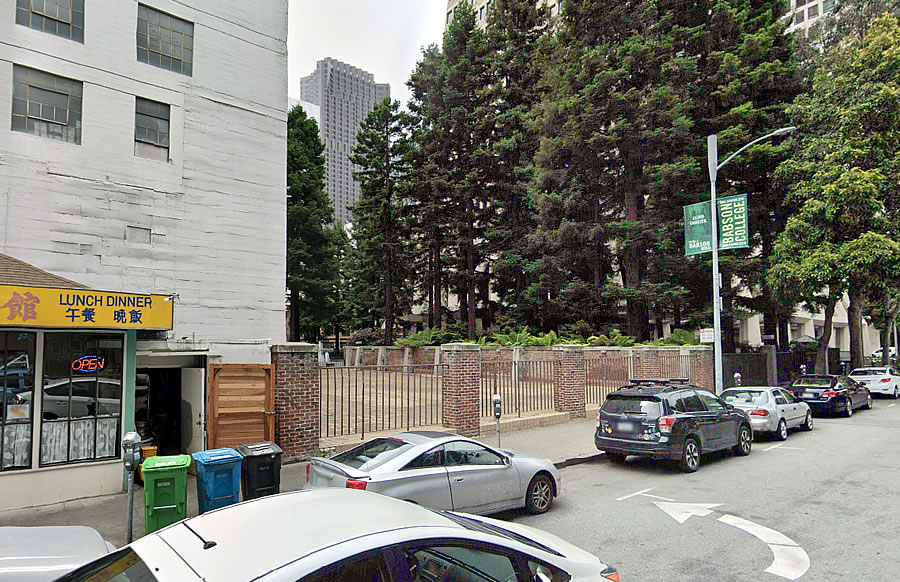 While likely drafted to sweeten the pot for Aegon’s $700 million sale of the iconic Transamerica Pyramid, Redwood Park and the two other office buildings on the block, the plans for expanding the footprint of the existing building at 545 Sansome Street, which could be extended to Washington Street and upon a majority of the undeveloped portion of its parcel behind, have been further refined by Gensler and the formal application to proceed with the project has been submitted to Planning, as newly rendered below. 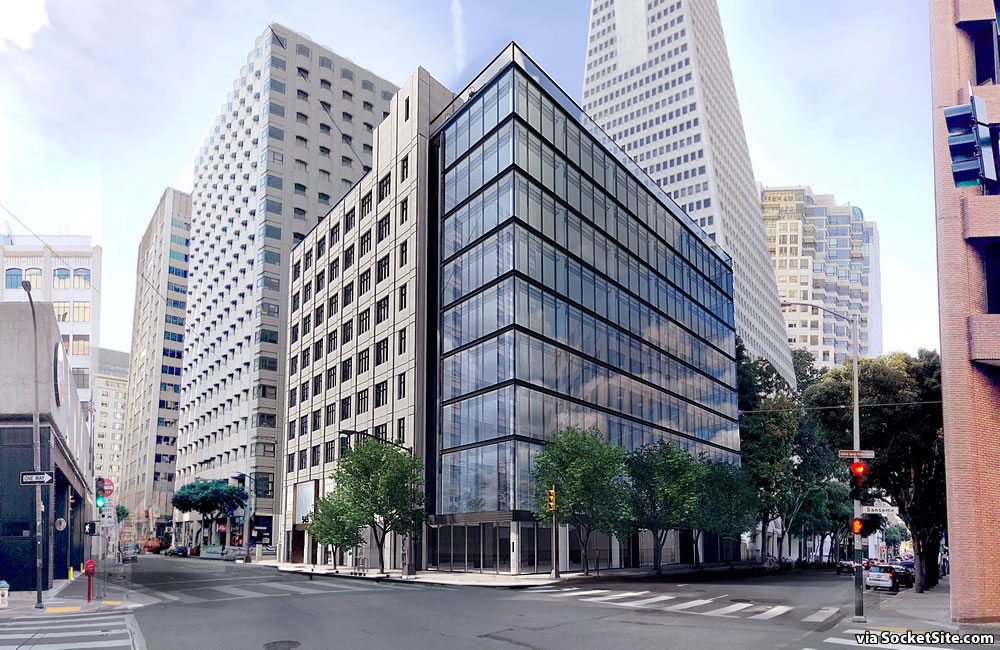 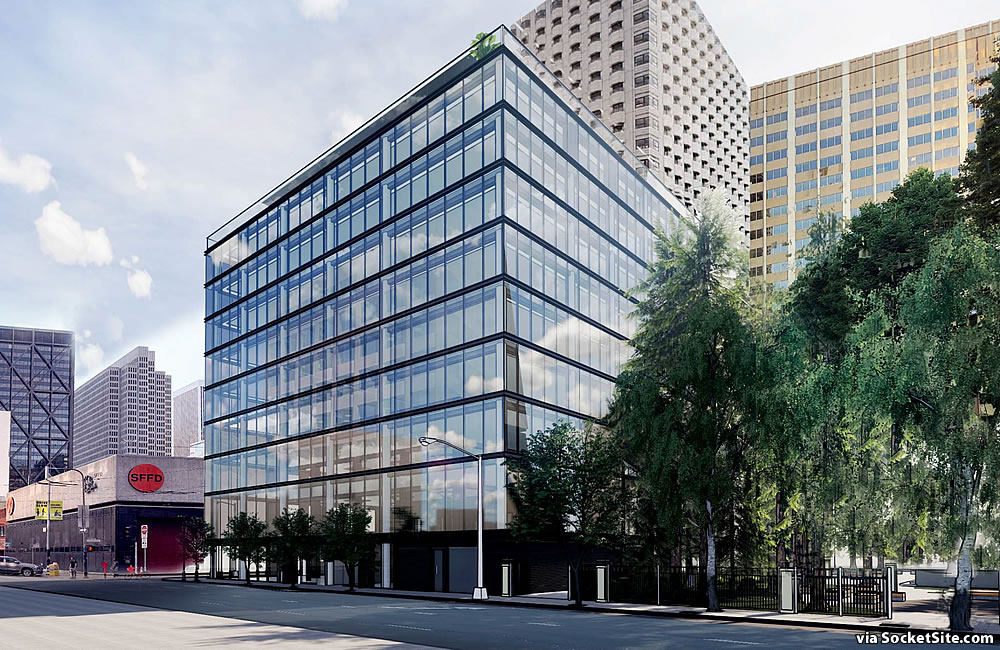 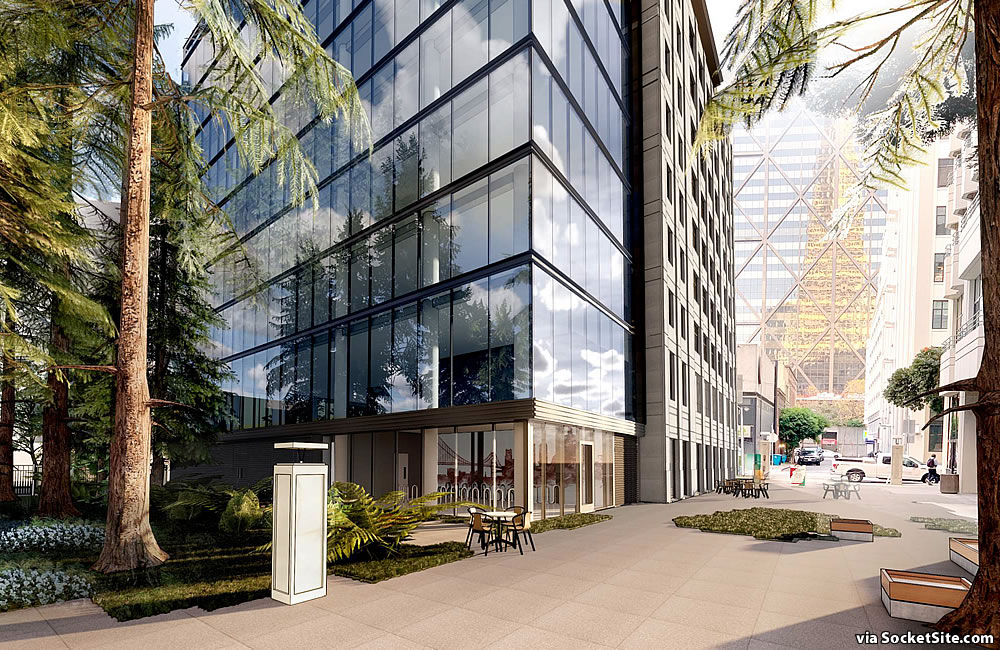 And between the expanded building and Redwood Park behind, a new 1,000-square-foot privately owned public open space (POPOS) is envisioned to effectively serve as an extension of the existing park, “while respecting the original character of the Park and the separation between the new and old.” 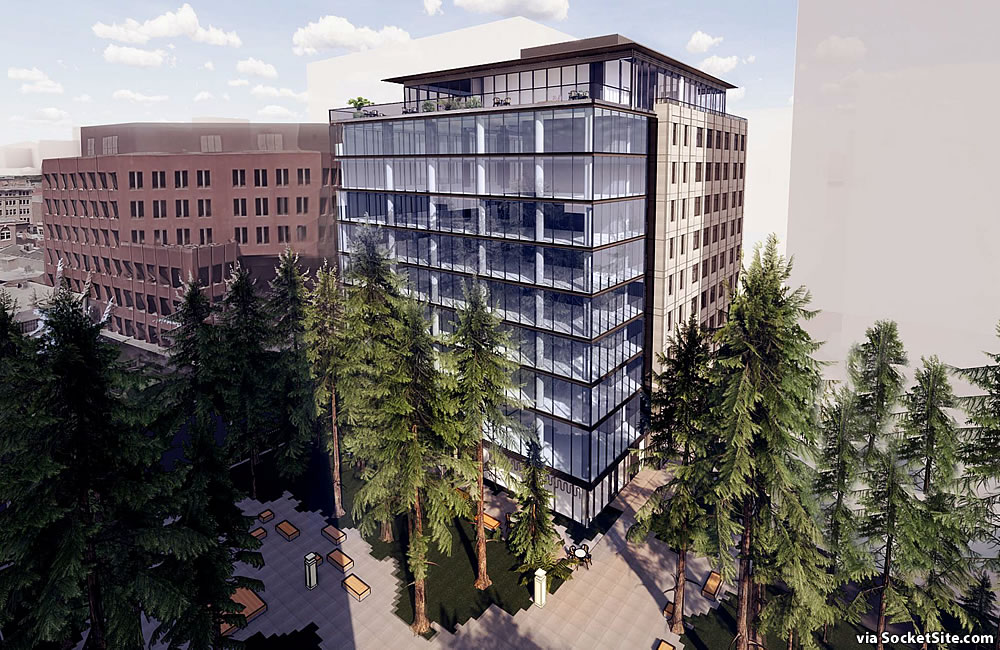