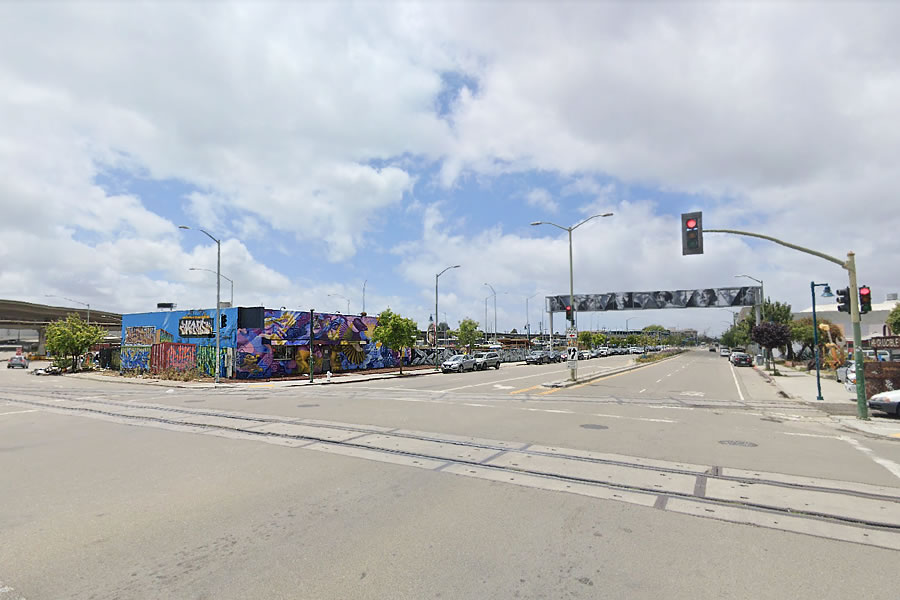 Facing continued pushback from Oakland’s Planning Department with respect to the “monotonous and bulky massing,” the lack of a “rich public-private interface” and a lackluster tower design for the proposed 1,032-unit “Hub” development to rise upon the 3-acre Caltrans lot across from The Crucible, a block from the West Oakland BART station, a new design team is now leading the charge for Panoramic Interests’ 500 Kirkham Street project.

As redesigned by BDE Architecure and SCB, the proposed development would be constructed in three phases as newly rendered below, with the first building rising up to 84 feet in height on the western edge of the Kirkham Street site, yielding 311 residential units, 25 of which would be offered at below market rates, over 17,000 square feet of new retail/commercial space, a new public playground, dog park, pedestrian paths, and all horizontal improvements to the overall site. 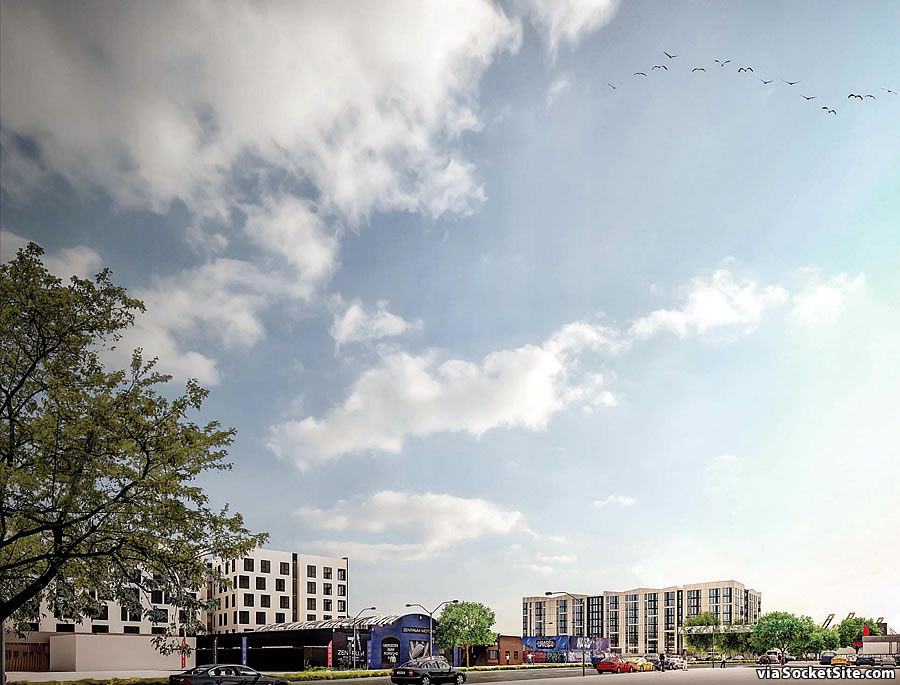 The second phase of development would yield another 84-foot-tall building in the middle of the site, with 265 residential units, 22 of which would be offered at below market rates, over another 14,000 square feet of retail/commercial space. 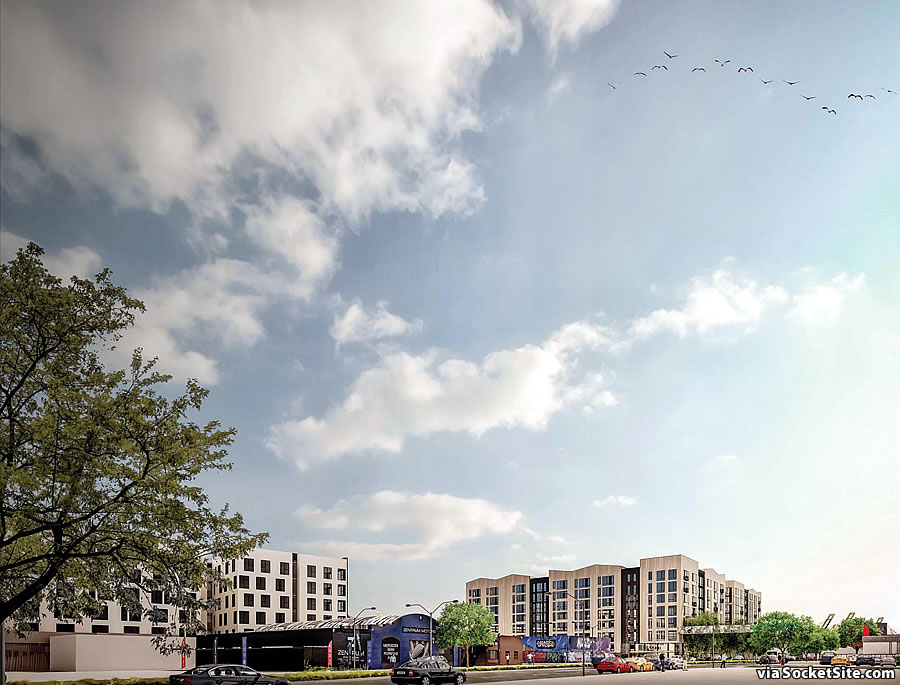 And the final phase of development would now yield a 338-foot-tall, 32-story tower at the corner of 7th and Union Streets (which is up from a bulkier 23 stories as previously proposed), with a total of 456 residential units, 38 of which would be offered at below market rates, over a 59-car garage and 3,650 square feet of retail space. 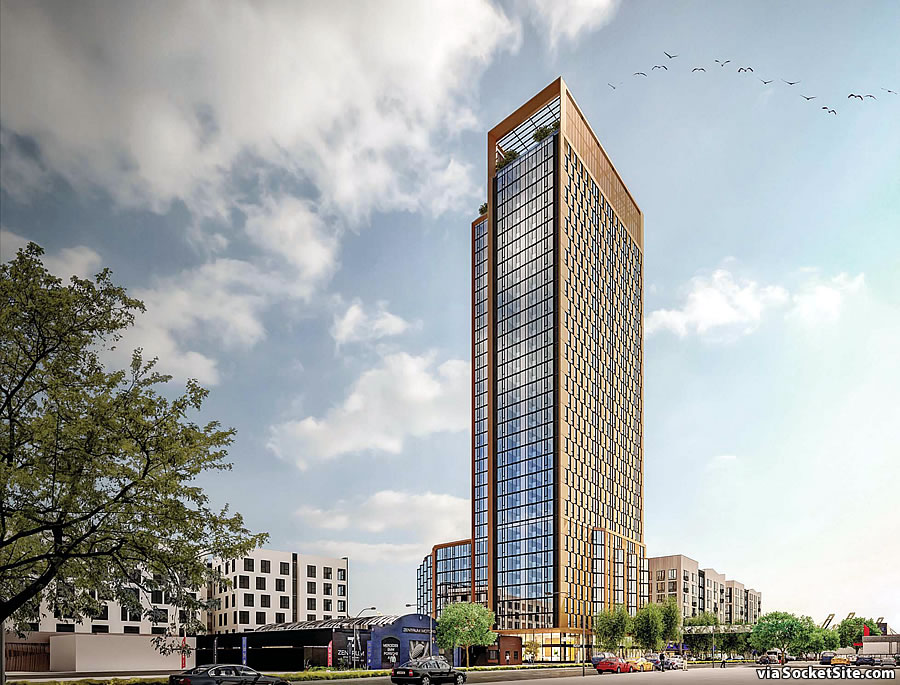 And based on the revised design, the new site/urban plan for which is included in the gallery below, Oakland’s Planning Department staff is now supportive of the project being approved by the city’s Planning Commission, the hearing for which is slated to be held tomorrow. 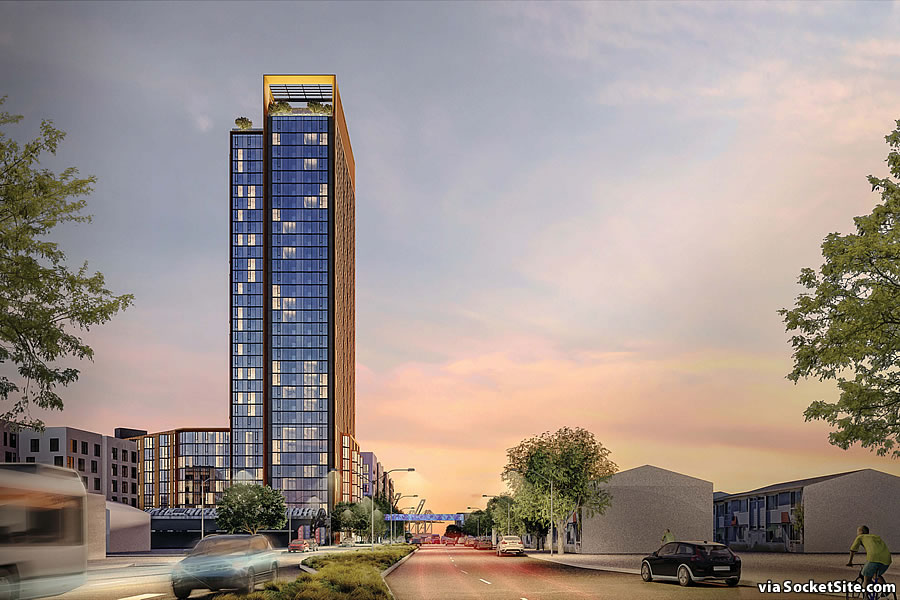 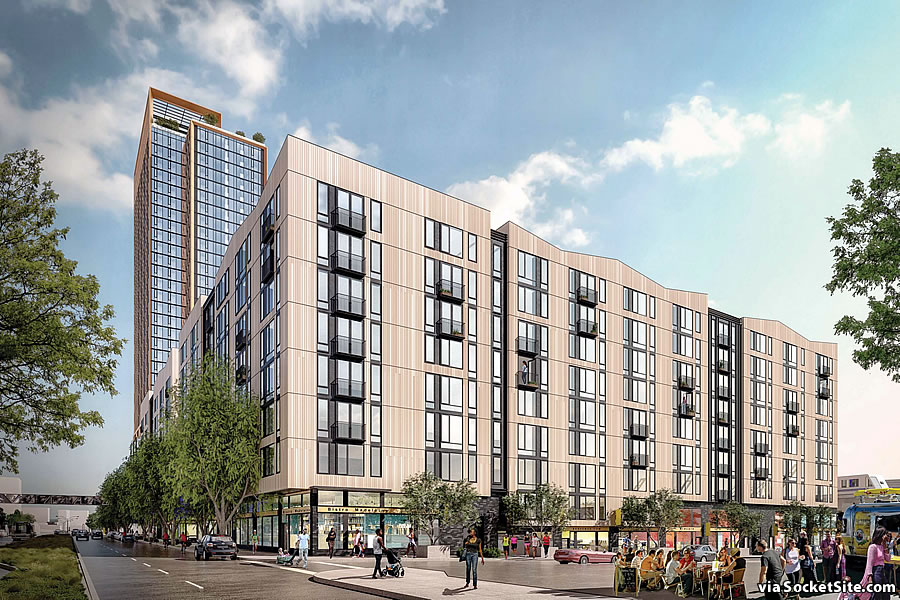 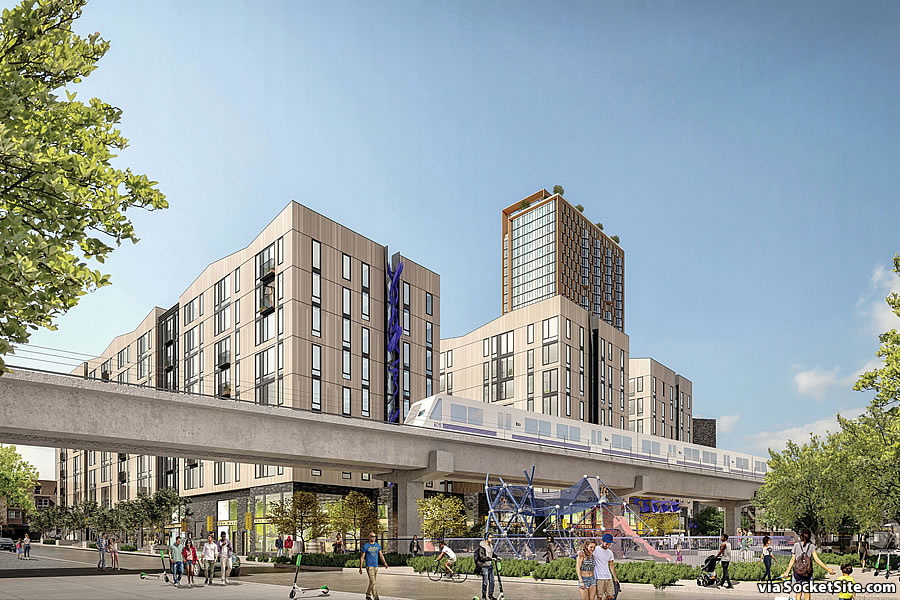 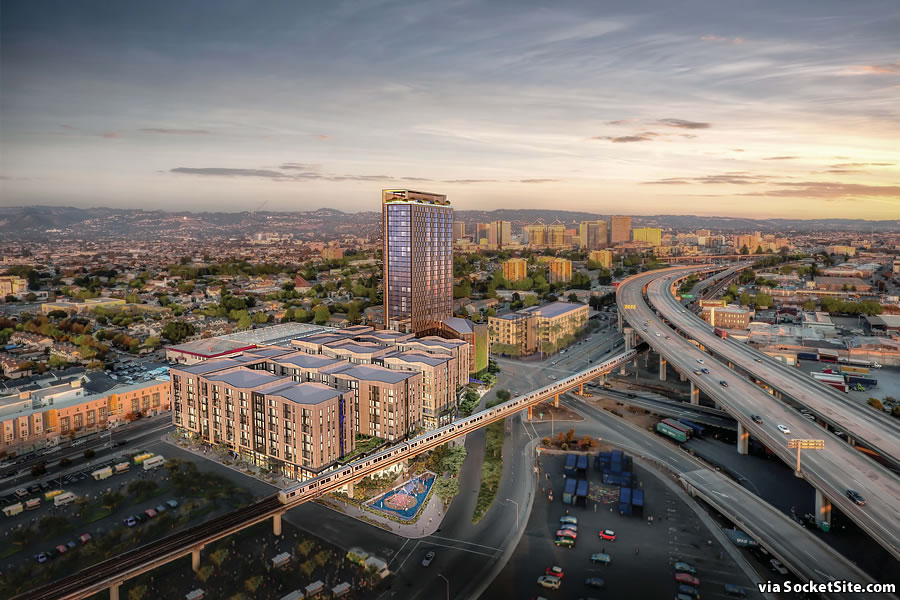 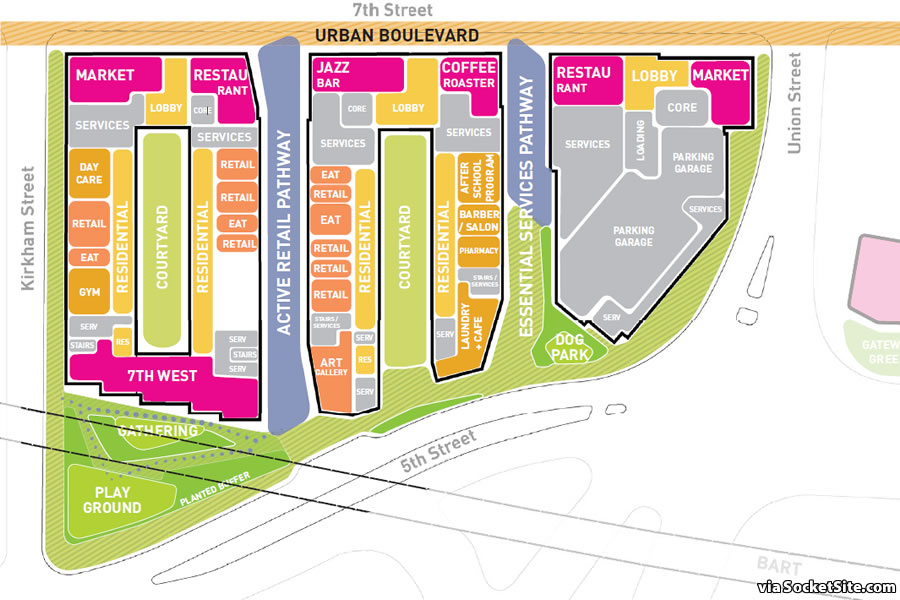 Pace of Existing Home Sales in the U.S. Ticks Up 2.5 Percent