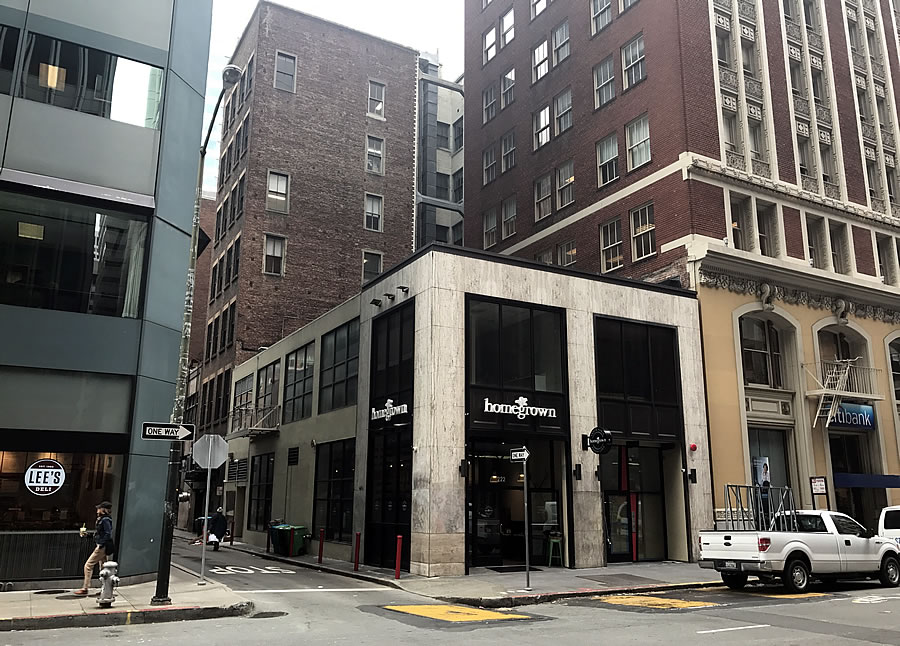 The plans for a residential addition to top the little two-story Financial District building at 220 Battery Street have once again been redesigned. 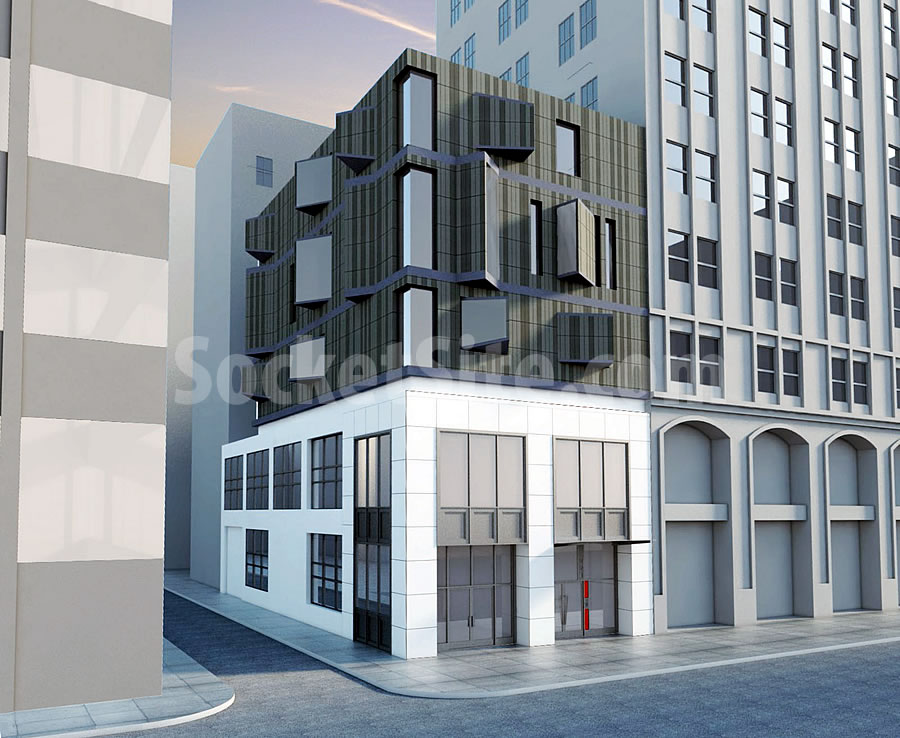 Originally envisioned to yield two urban townhomes with a decidedly modern feel, as rendered above, the proposed three-story addition was redesigned by Winder Gibson Architects back in 2017: 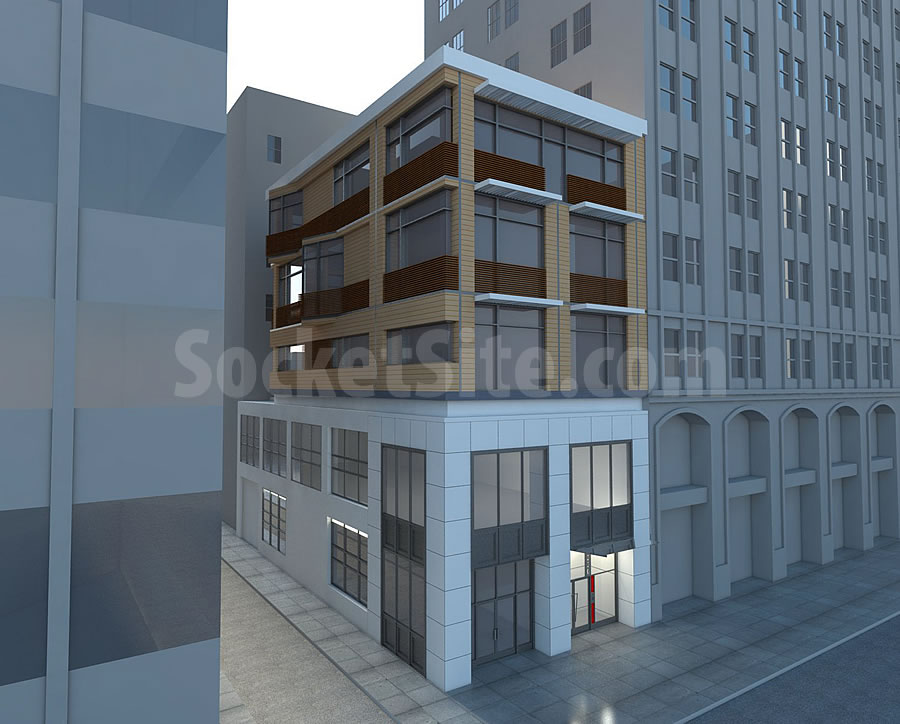 And having faced additional pushback with respect to the “compatibility” of the proposed addition and its relation to San Francisco’s “Front-California Conservation District,” which was adopted in 1985 and within which the addition would rise, the project has been redesigned anew: 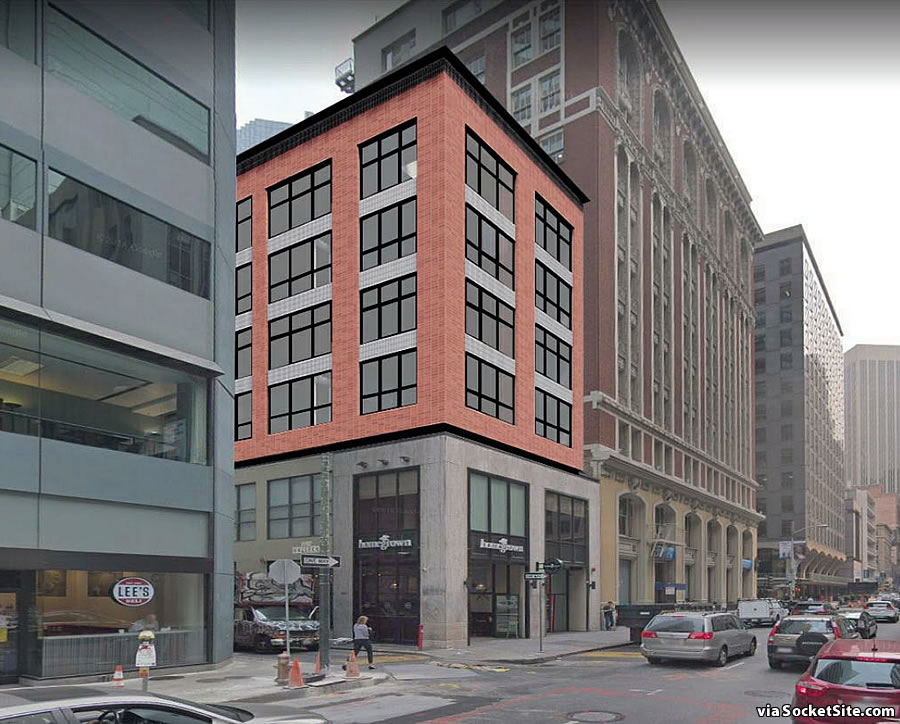 The re-revised plans would now yield a four unit, four-story addition rising up to 69-feet in height on the site, with a rooftop common space for residents, punched window openings, decorative white spandrels, and a “Brick-It” red brick veneer to yield “a texture and color similar to that of the adjacent structure and others within the District,” as directed by the City’s Architectural Review Committee (which is slated to review the re-revised plans again next week).

And once again, the site is technically zoned for development up to 300 feet in height.