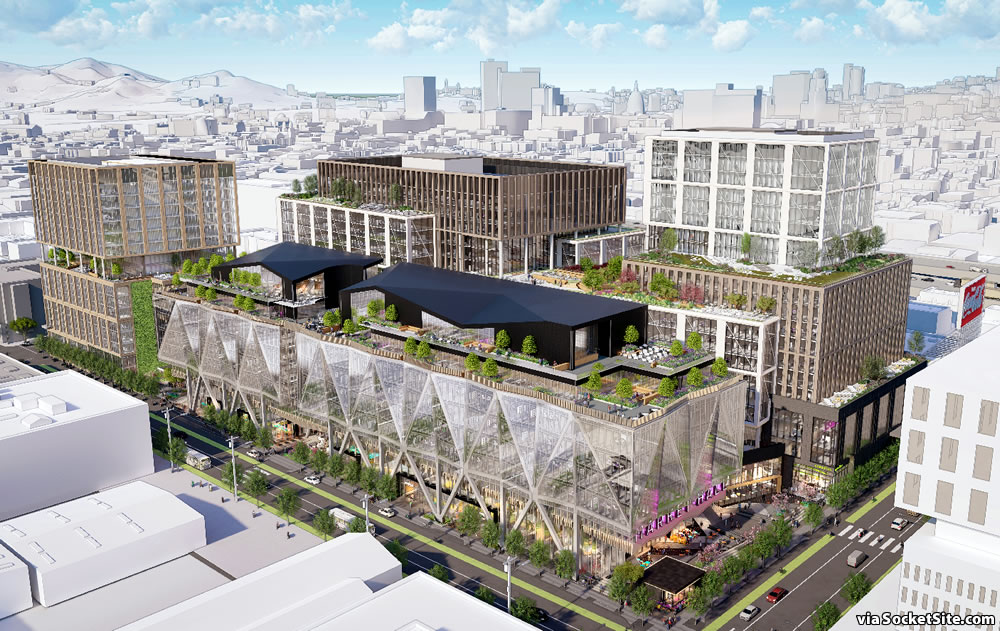 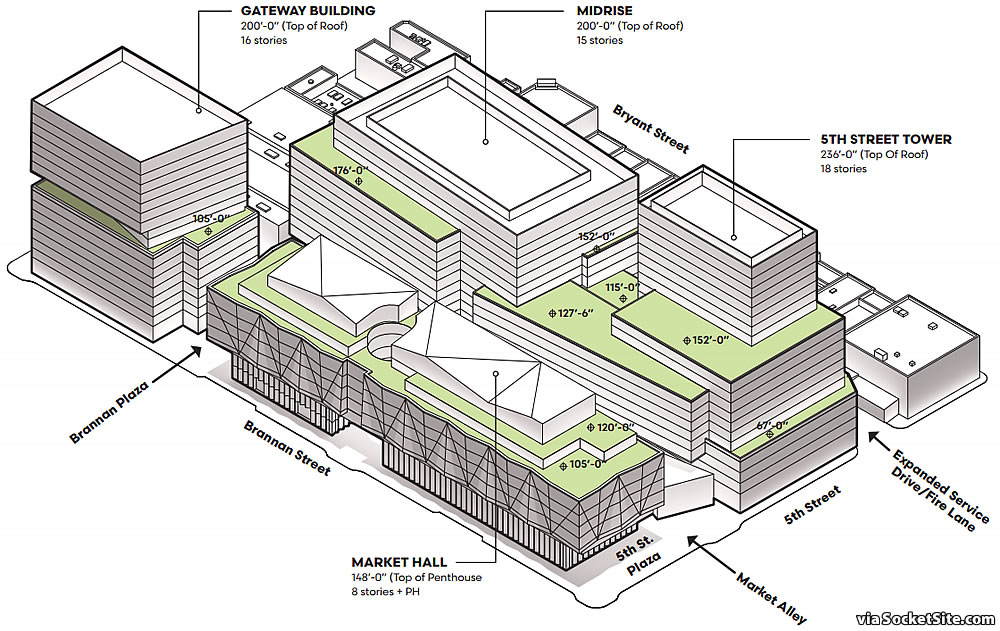 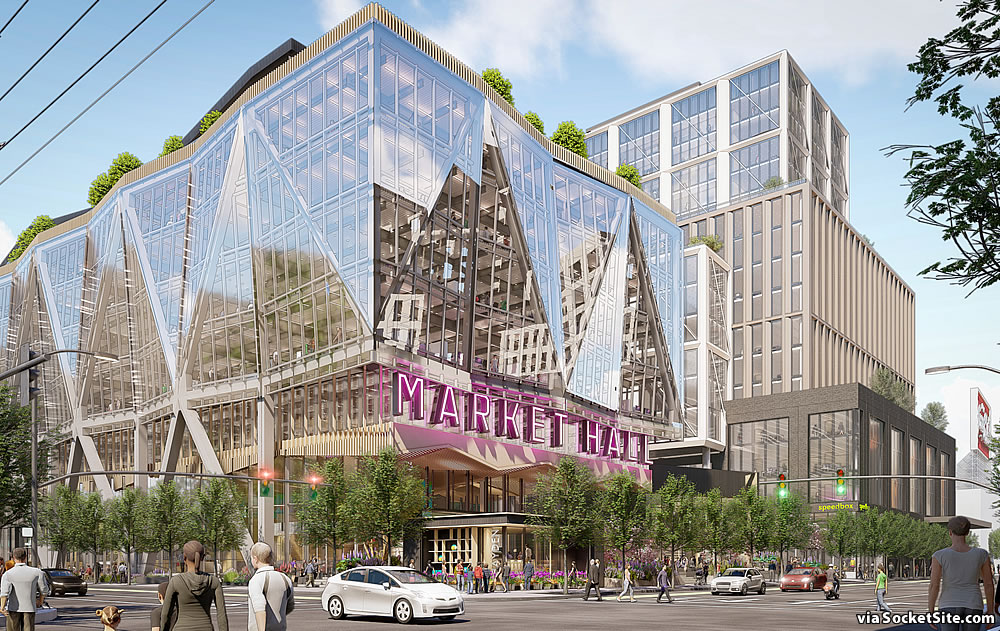 As designed by Adamson Associates and RCH Studios and newly rendered above and below, the proposed development of the Key Central SoMa site would rise up to 236 feet in height and yield over two million square feet of new office space, along with a new Wholesale Flower Mart, over 80,000 square feet of new restaurant and retail space (including a(nother) big Market Hall fronting 5th and Brannan), over 35,000 square feet of privately owned public open space (POPOS) forming a new pedestrian corridor, the “Market Alley,” between 5th and 6th Streets, and off-street parking for 769 cars and 410 bikes. 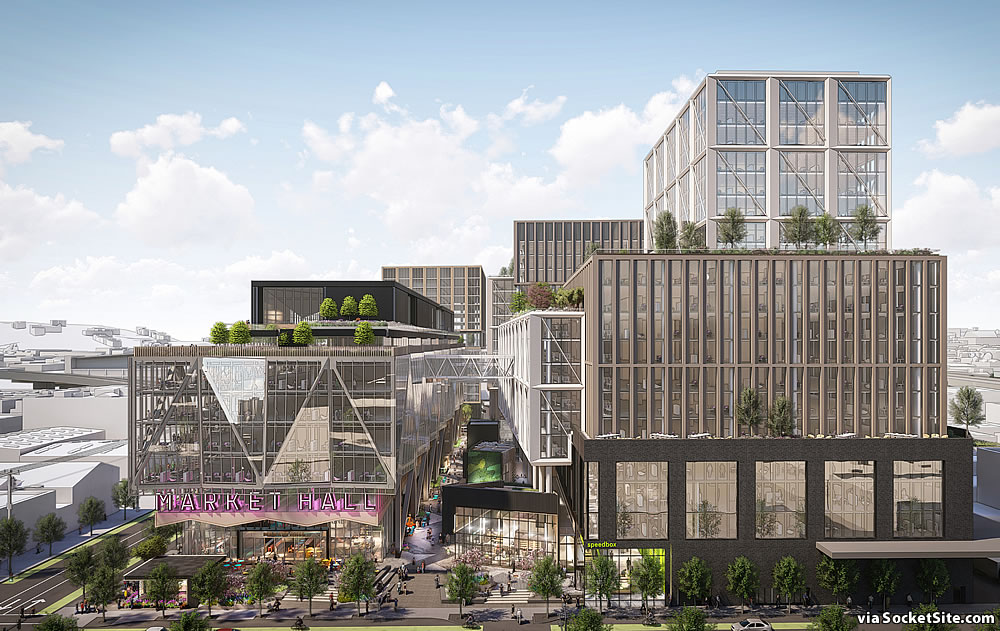 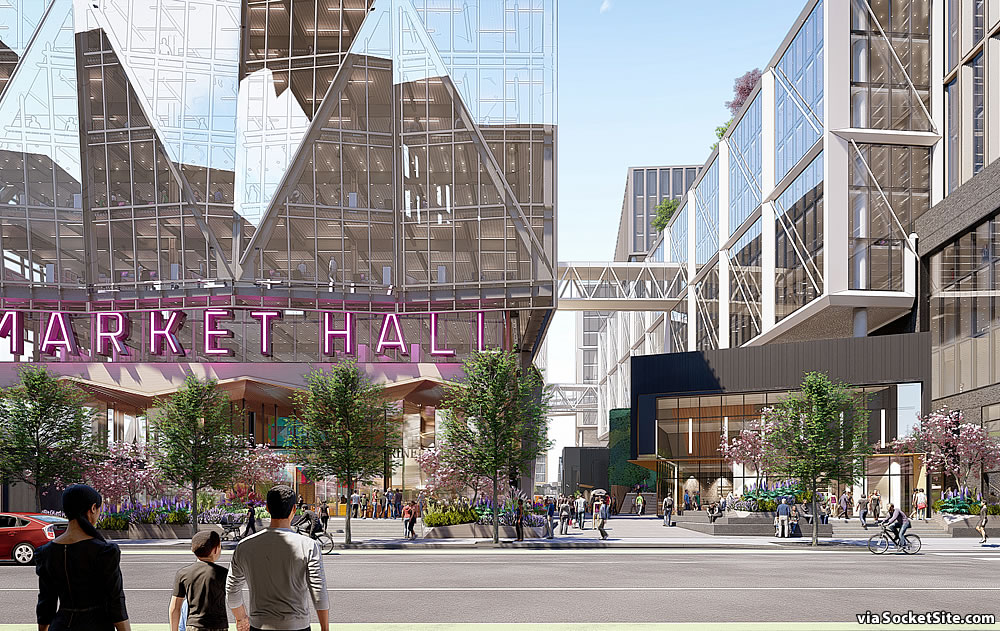 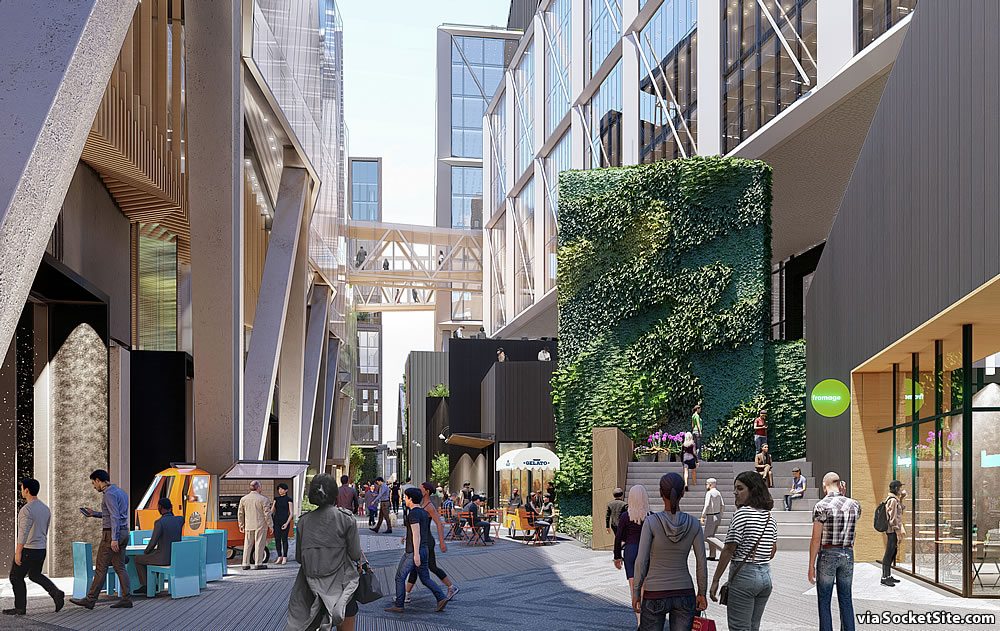 That being said, the current Flower Mart vendors, whom are to be temporarily relocated to an interim Wholesale Flower Market at 2000 Marin Street during construction and have expressed concerns that the City’s plans for the burgeoning Central SoMa neighborhood (where significant new road diets are proposed, along with major office and residential developments) “will not be accommodating to their wholesale operations, particularly with respect to large truck traffic,” have been granted an option to accept a payout to fund the development of new Wholesale Flower Market elsewhere in the city rather than return to a new Flower Mart on the existing site.

Assuming the redevelopment is approved, the vendors will have several months to vote on whether or not to return. And if the vendors elect not to return to Central SoMa, what would have been the new Flower Mart square footage would be re-purposed as a mix of additional office and retail space, along with a 23,000-square-foot child care facility, and the number of off-street parking spaces would be reduced to 632 (with more space for bikes).

In addition to the above, the tentatively approved development agreement between Kilroy and the City includes the dedication of another parcel within the South of Market neighborhood to the Mayor’s Office of Housing, a parcel which would need to measure at least 14,000 square feet and upon which the City could construct an affordable housing development rather than building any housing onsite.

And if approved by Planning, Kilroy is aiming to break ground in the second quarter of 2020 and build in three sub-phases, with the Midrise and 5th Street Tower buildings, below which the new Flower Mart would be constructed, first; followed by the Market Hall Building; and then the Gateway Building at the corner of 6th and Brannan (a phasing which would allow for the required office space allocation for the development to be phased as well). 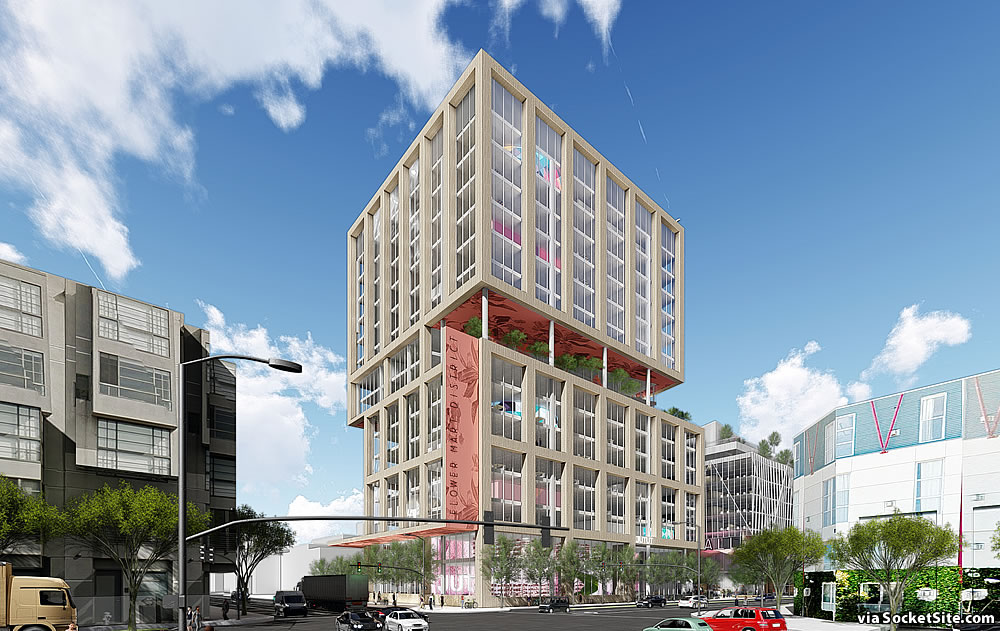 Reports of Illegal Airbnb-ing Continue to Drop in San Francisco