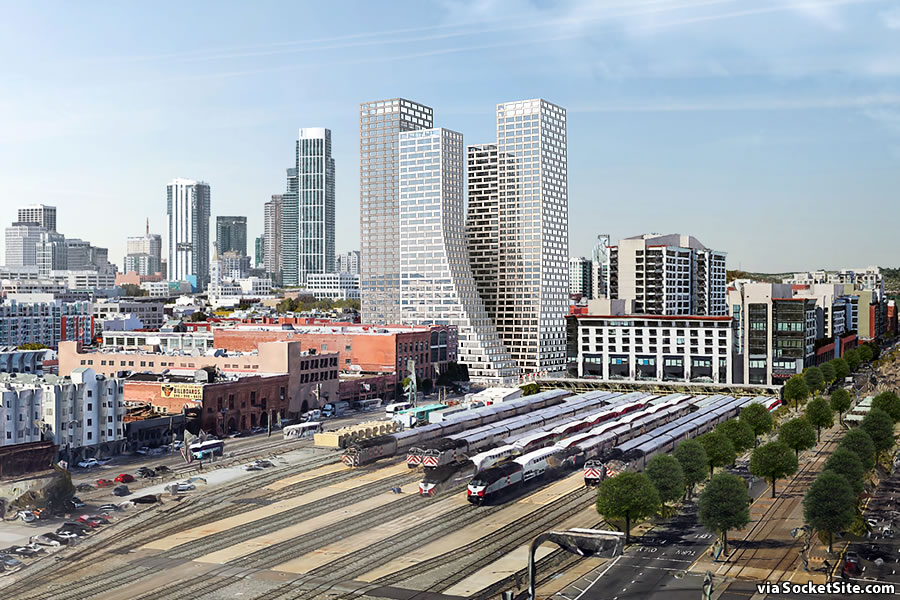 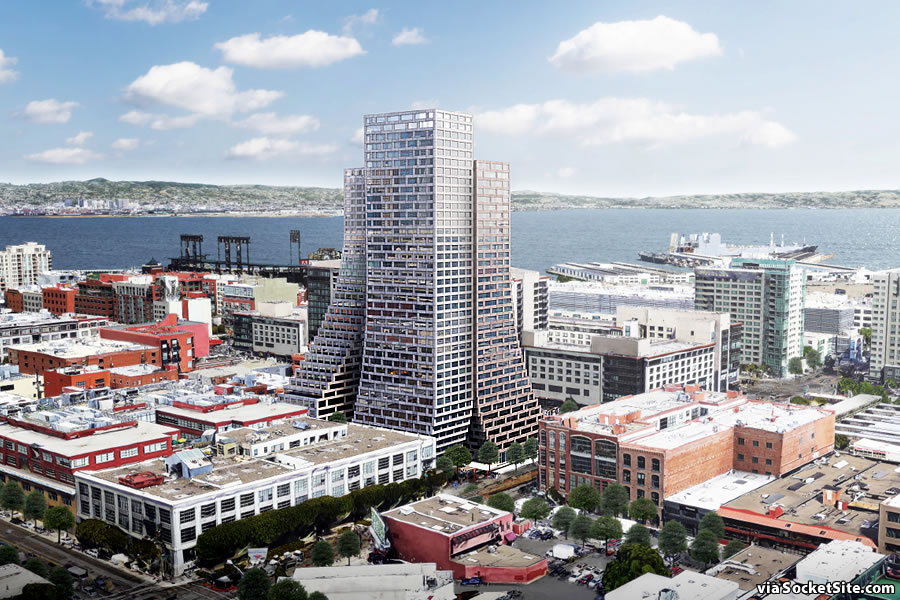 With the plans for Tishman Speyer’s blocky office development to rise on the northeast corner of Brannan and Fifth Streets having been approved, marking the first approval of a key site upzoned by San Francisco’s Central SoMa Plan, Tishman’s refined plans for two swoopy towers to rise up to 425 feet in height on the northeast corner of 4th and Townsend, stretching across seven Central SoMa parcels, including those currently occupied by The Creamery, Iron Cactus, Waterfall and HD Buttercup, could be approved in two weeks time. 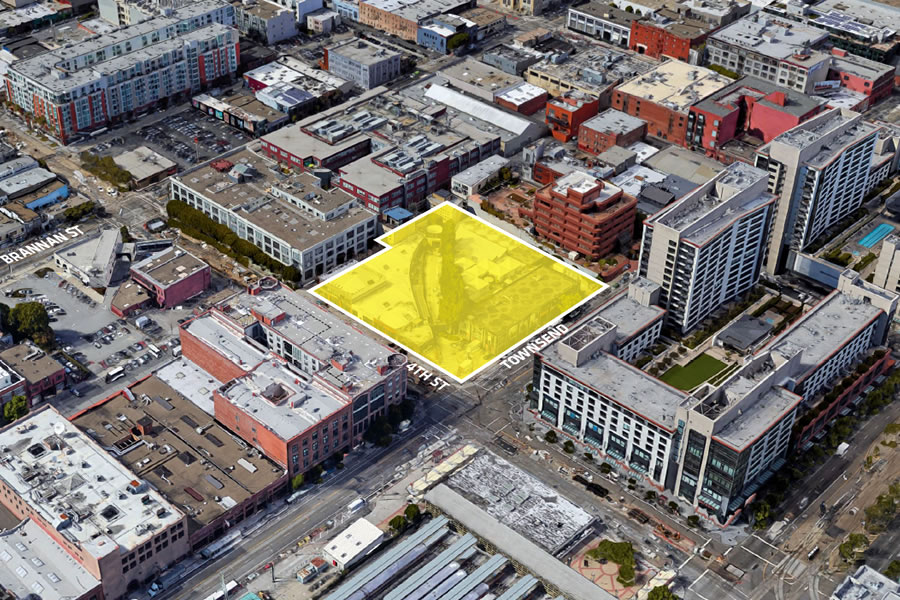 As designed by Adamson Associates along with the Bjarke Ingels Group (BIG), the proposed 655 4th Street project, which might appear as four separate towers but is actually two, would yield a total of 960 condos, with a boutique 38-room hotel, 24,500 square feet of commercial space, an underground garage for 276 cars, secured storage for 540 bikes and 18,500 square feet of ground floor retail space wrapped around a central courtyard / privately-owned public open space (POPOS). 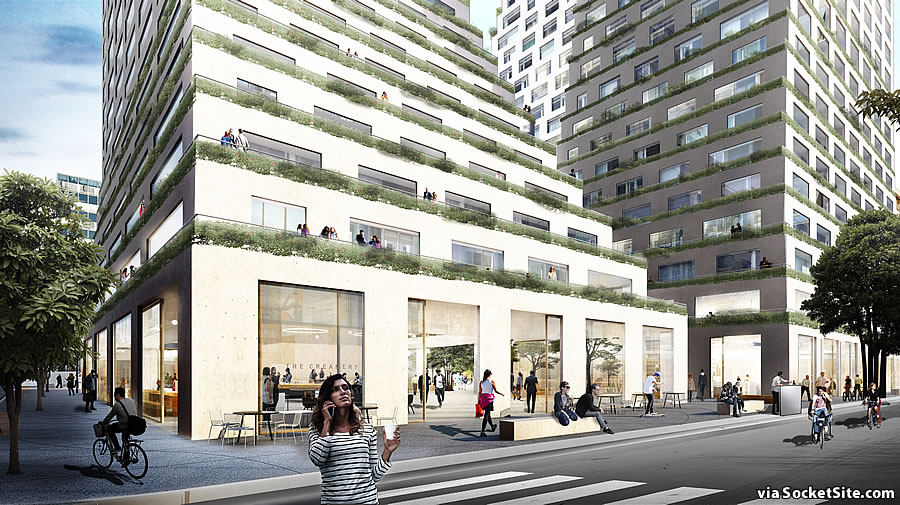 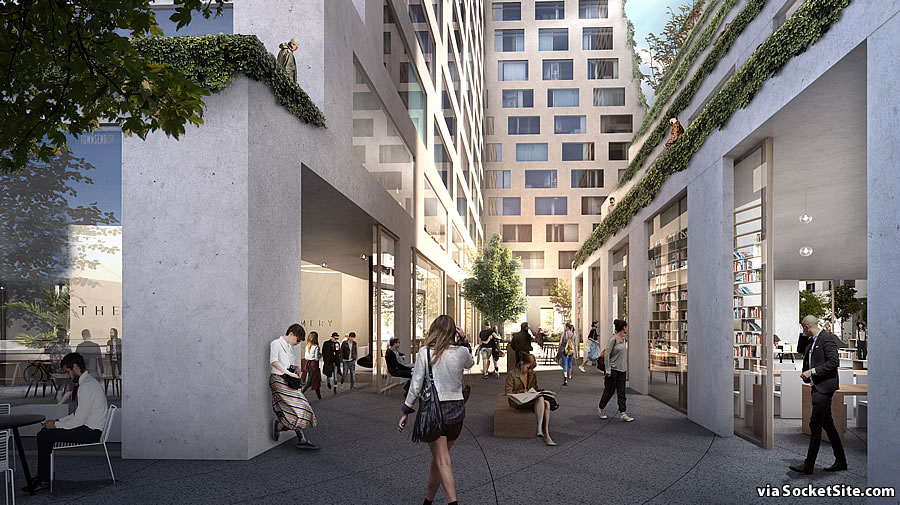 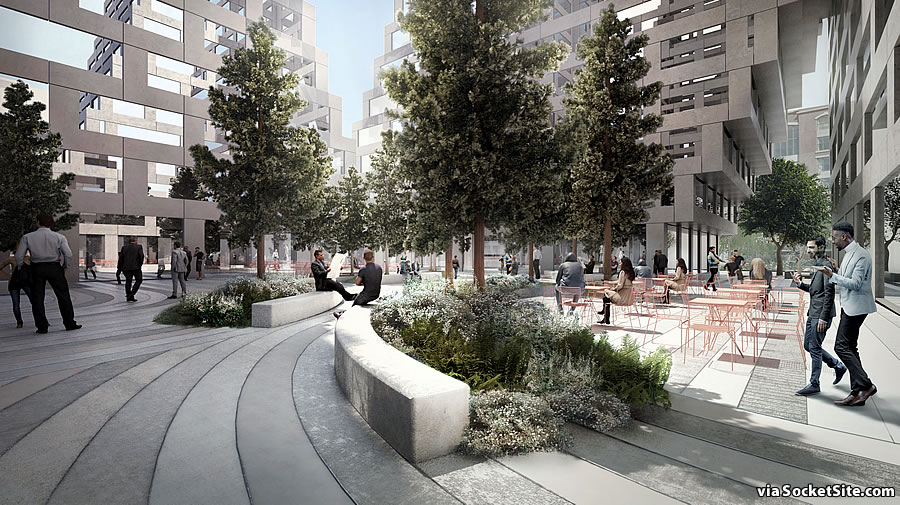 Tishman is planning to satisfy the Inclusionary Housing Requirements for the development by paying an in-lieu fee rather than offering any of the units at below market rates (BMR).  And once again, assuming the plans are approved and the project is financed, the actual ground breaking will depend upon the City’s challenged Central SoMa Plan being upheld. We’ll keep you posted and plugged-in.