Mission Bay Is Nearly Built Out, Mission Rock in the Wings 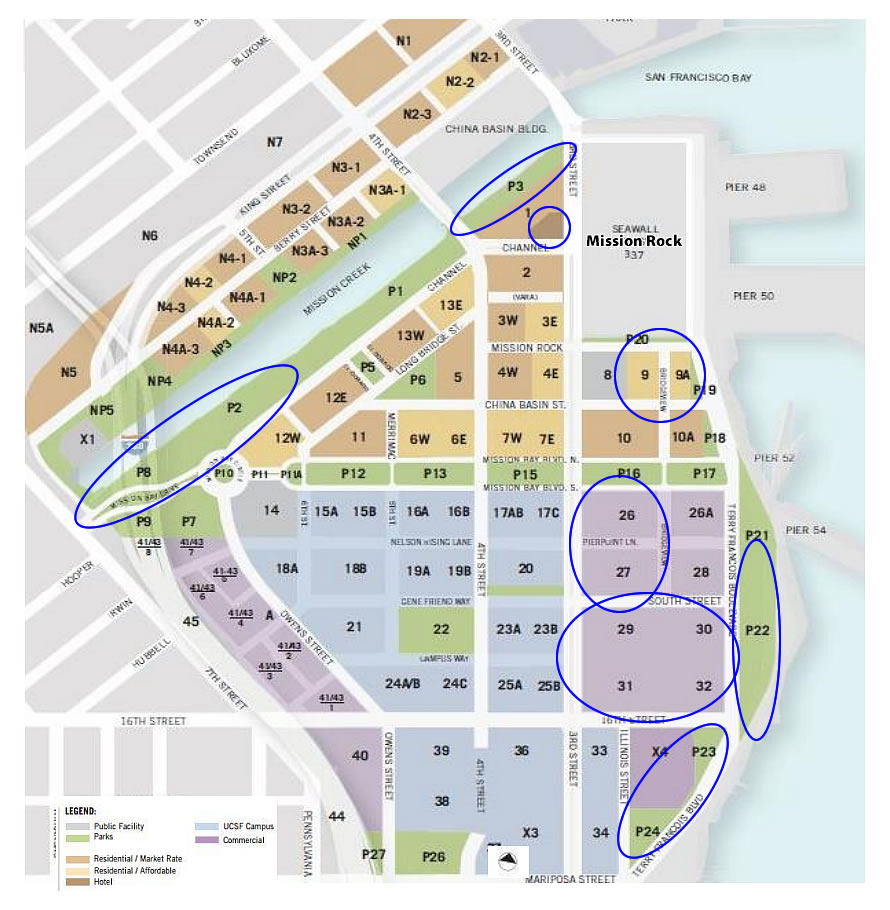 When San Francisco’s 300-acre Mission Bay neighborhood is “fully developed,” it is slated to encompass 6,500 units of housing; 4.4 million square feet of clinical, office and other commercial space; 419,000 square feet of retail; and over 40 acres of landscaped open space.

Of the 22 acres of additional open space that has yet to be completed, six acres will be added to Mission Creek Park over the next couple of years on blocks P2, P8 and P3; the nearly 2-acre Mariposa Bayfront Park (P23/P24) is expected to be completed by the end of this year; and the 5.4-acre Bayfront Park should be ready for play on P22 by the middle of next year (not including its future restaurant and restrooms).

And once again, none of the numbers above include the Giants’ massive Mission Rock project which is slated to rise on the Port’s Seawall Lot 337 (aka the Giants Parking Lot A), a development which sits outside the official boundaries and tallies of Mission Bay and is expected to break ground by the end of this year.