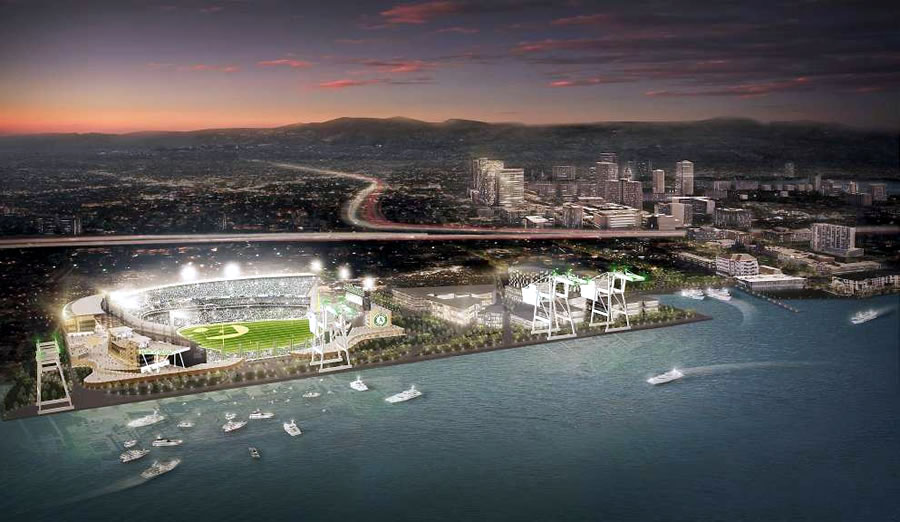 While the Oakland A’s have yet to ink a deal for building a new Major League Baseball stadium at Howard Terminal, a 50-acre waterfront site to the west of Jack London Square, Governor Jerry Brown has signed the Oakland Sports and Mixed-Use Project Bill (a.k.a. AB 734) which could expedite the A’s development of the site.

Similar to the Bill which Governor Brown signed to expedite development of the new Golden State Warriors arena in San Francisco, AB734 requires that any the California Environmental Quality Act (CEQA) based challenges of a proposed Howard Terminal stadium project be resolved within 270 days of a project’s approval, which isn’t guaranteed.

Keep in mind that any redevelopment of the waterfront site would still require approval from the Bay Conservation and Development Commission (BCDC), the State Lands Commission and other regulatory agencies, not to mention the City of Oakland itself.

And once again, Lew Wolff, the current A’s chairman emeritus and co-owner of the team at the time, had characterized the redevelopment of Howard Terminal as being “as close to impossible as anything” back in 2013.