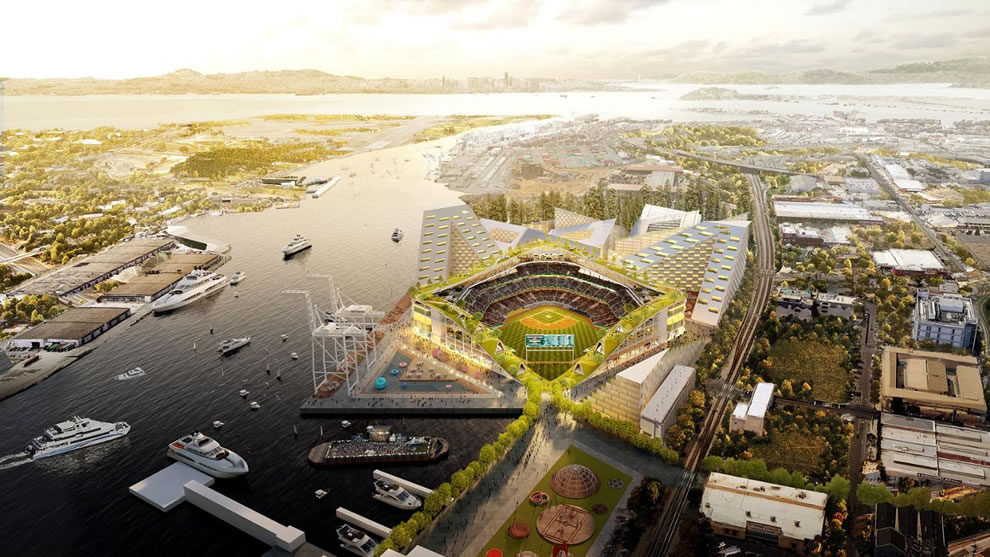 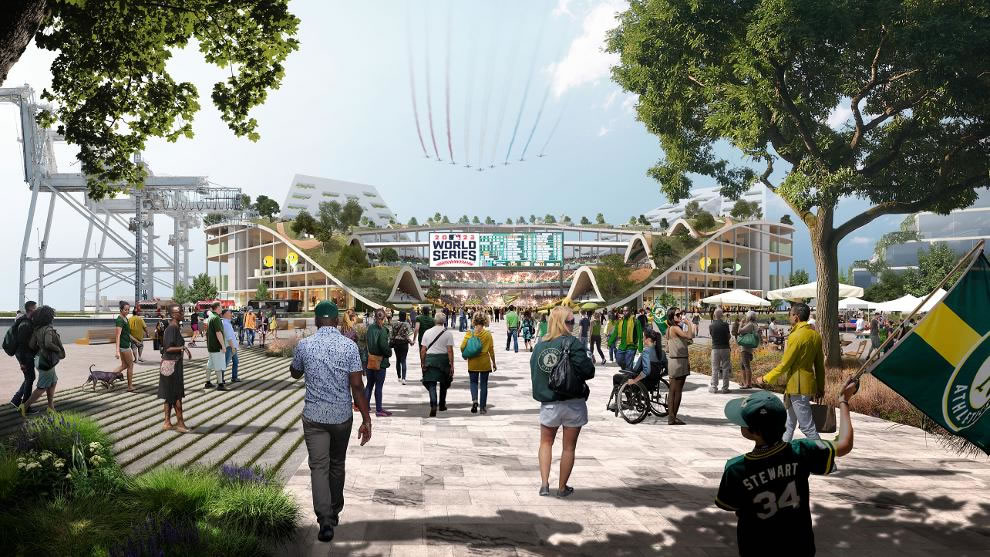 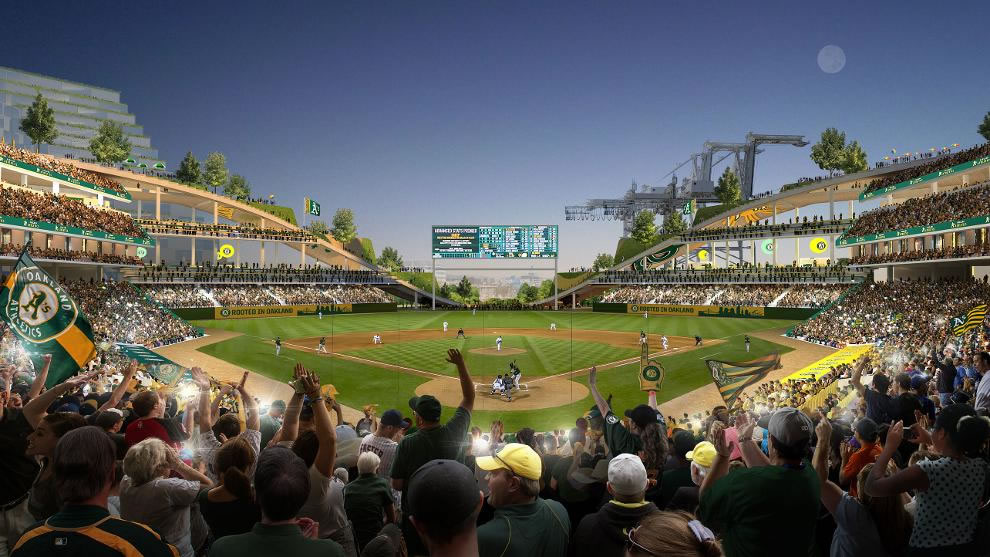 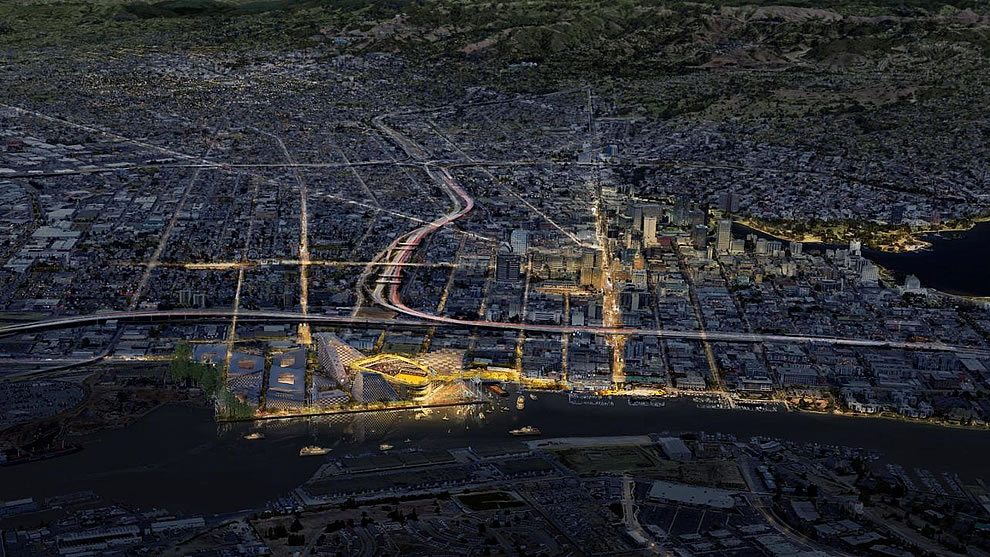 As designed by Bjarke Ingels Group (BIG), an elevated park would frame the ballpark’s bowl, “coming down to meet the waterfront” and surrounded by a futuristic development of new housing, offices, restaurants, retail, hotels, parks and public gathering spaces.

Ambitiously positioning to break ground in 2021 and open in the spring of 2023, the new “ballpark district” is envisioned to “sit neatly within the extended urban fabric of Oakland, transforming the ballpark’s concourses into street, and concessions into restaurants” and “ensure the ballpark, and the park that sits atop it, are active on game days and non-game days alike.”

In addition, the A’s are lobbying to purchase and redevelop the existing 111-acre Coliseum site into a new tech, housing and retail hub, re-purposing Oracle Arena as a concert and events center and turning the original Coliseum baseball diamond, sans its surrounding structure, into an open amphitheater and central park. 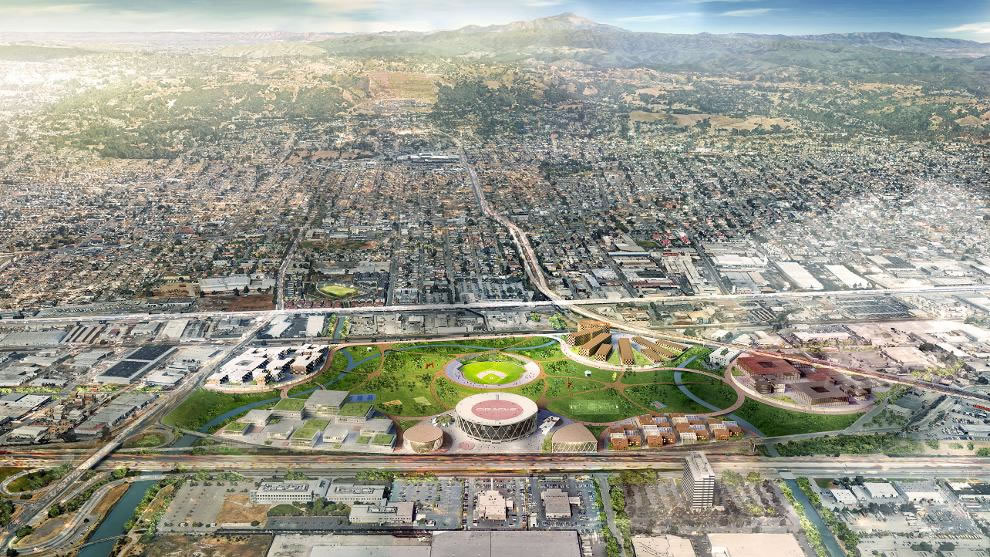 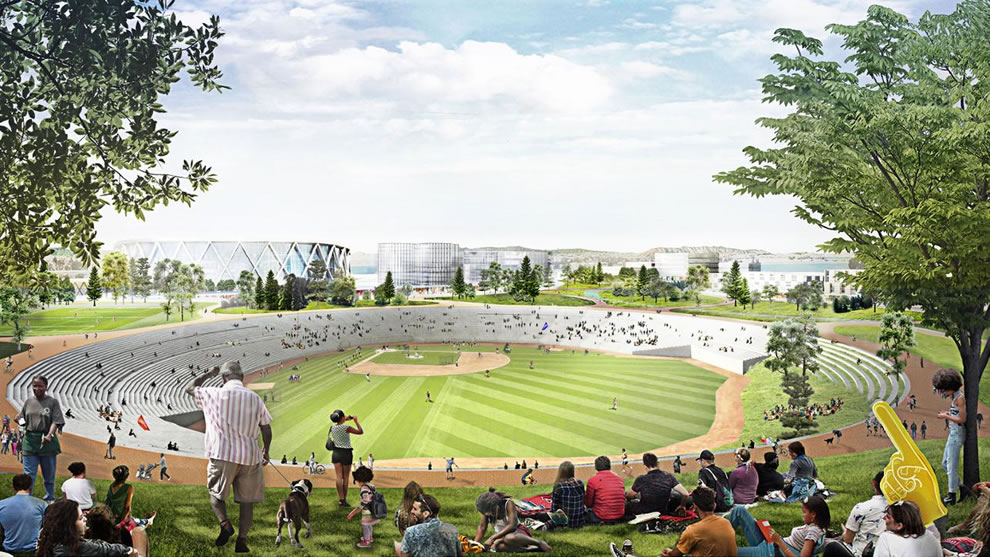 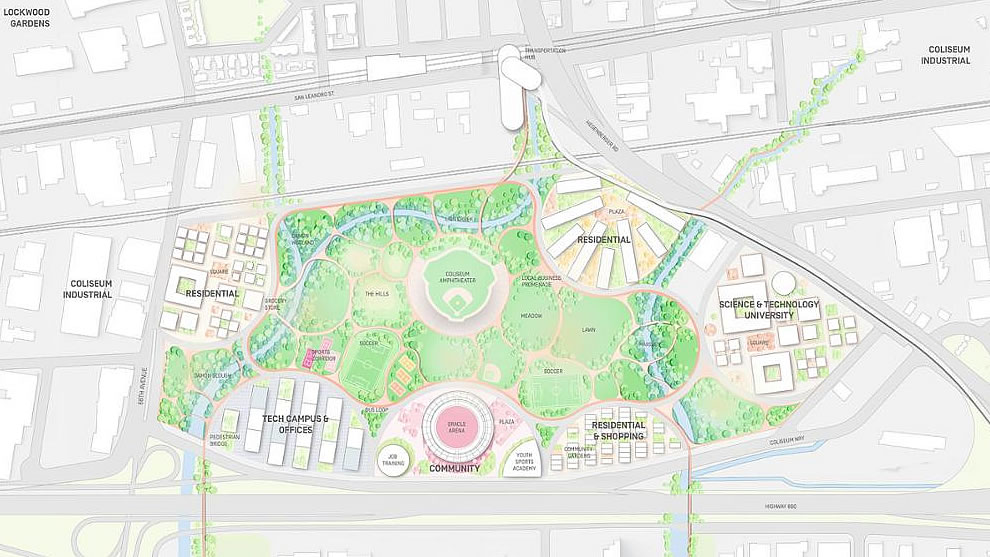 Pending Home Sales in the U.S. Drop, Well Below Average Out West