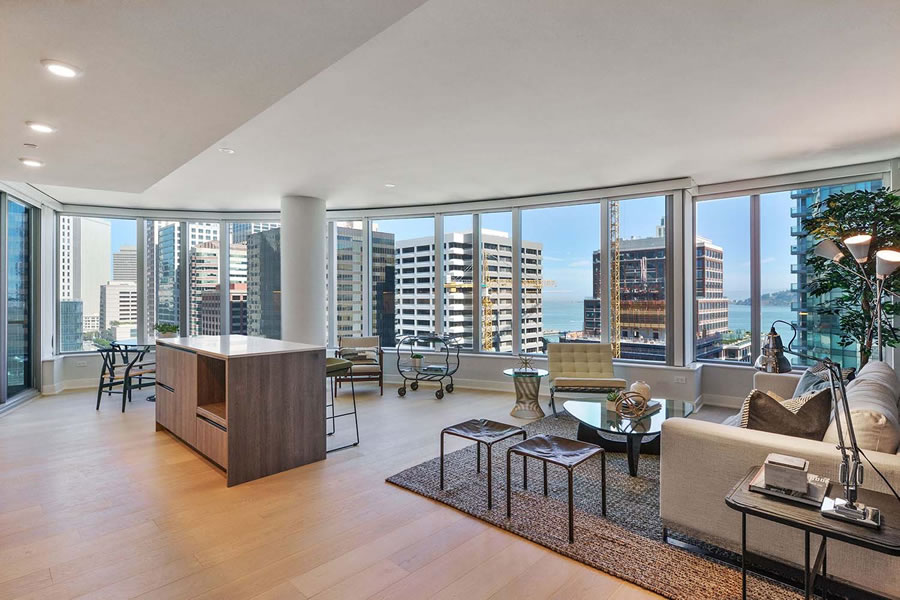 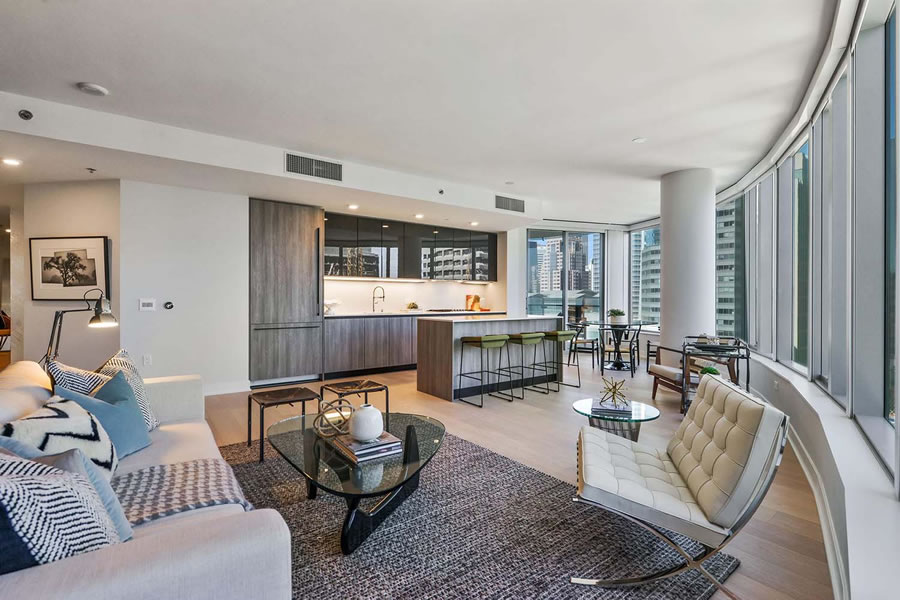 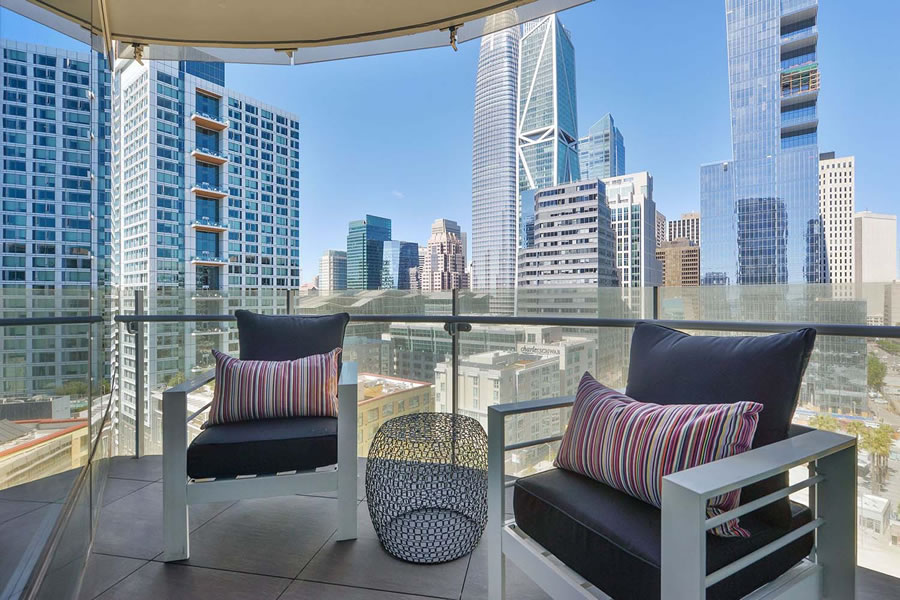 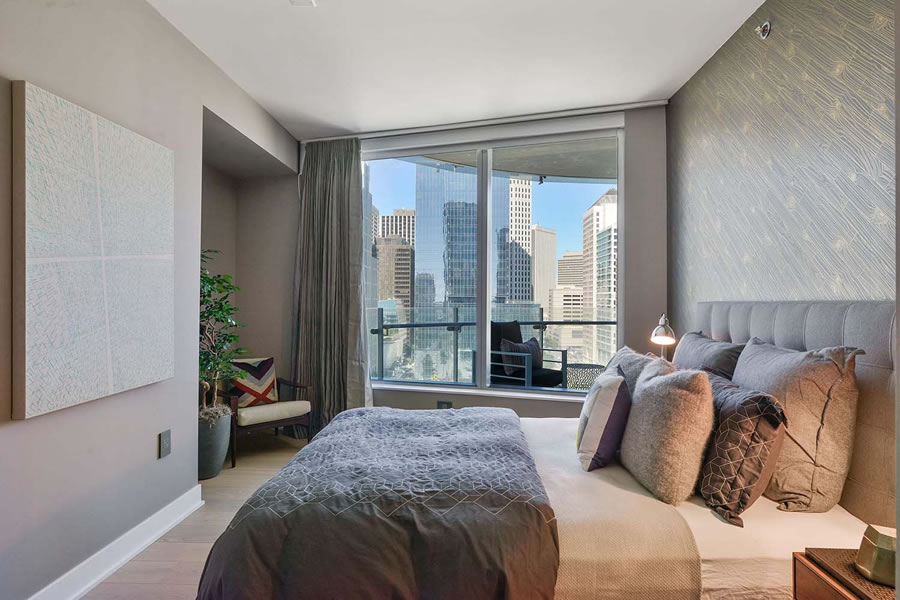 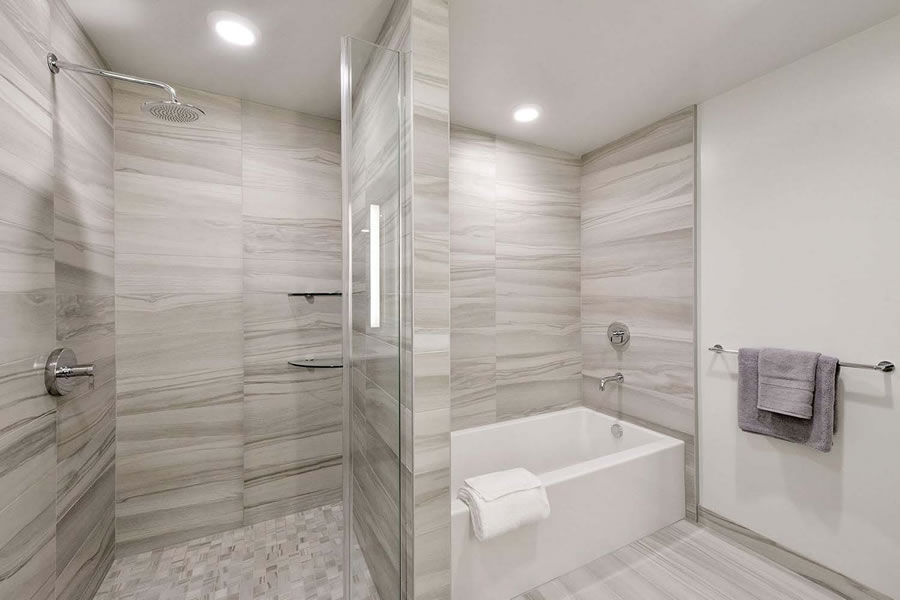 Featuring “floor-to-ceiling glass windows framing a panoramic view of the city skyline across the Bay to the Bay Bridge,” the corner unit returned to the market priced at $2,195,000 this past September, a sale at which would have represented total appreciation of 0.7 percent for the unit on an apples-to-apples basis over the past two years.

Yesterday, the sale of 201 Folsom Street #16C closed escrow with a contract price of $2,150,000, representing total depreciation of 1.3 percent for the “signature corner floor plan” since the third quarter of 2016.

And yes, with a list price which was reduced to $2,150,000 three weeks ago, the sale is officially “at asking” according to all industry stats and aggregate reports.