The Growth of San Francisco’s Downtown 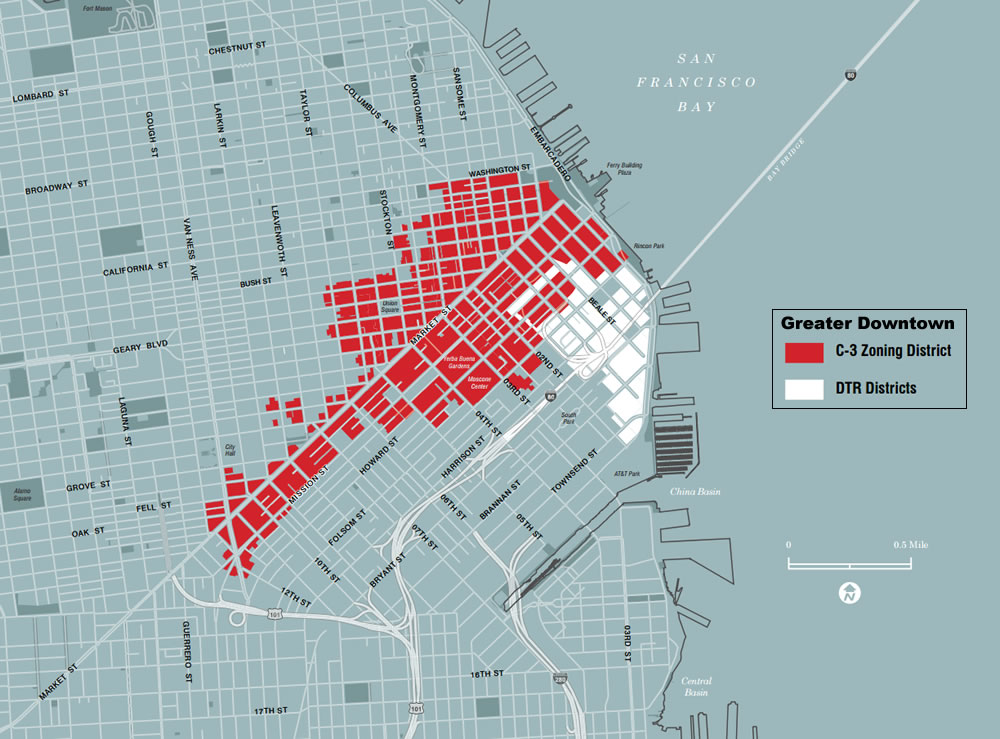 Of the record 67,800 residential units in the current pipeline of development across San Francisco, roughly 10,000 of the units, or 15 percent, fall within the boundaries of the city’s Greater Downtown, which now includes most of the burgeoning Transbay District but only a sliver of Central SoMa.

At the same time, according to the latest Monitoring Report for Downtown San Francisco, which will be presented to the City’s Planning Commission this week, the number of people working within the boundaries of the city’s old-school Downtown, the classic C-3 District as mapped above, increased 3 percent in 2017 to 288,000, which is up 23 percent since the end of 2011 (233,500) and now represents 40 percent of the total 711,000 jobs in San Francisco.

As a related aside, while a quick query of the report or underlying job data would suggest that the number of people working in Downtown offices has actually declined 3.5 percent over the past year to 179,690, while the number of people employed in Production, Distribution and Repair (PDR) has rocketed by 72 percent to 32,535, “a closer look at the raw data provided by the California Employment Development Department reveals that several large downtown firms were reclassified from office uses to PDR uses between 2016 and 2017.” And while said large firms are engaged in activities “that may be considered PDR uses, the actual nature of work happening at their locations…are likely office uses.”