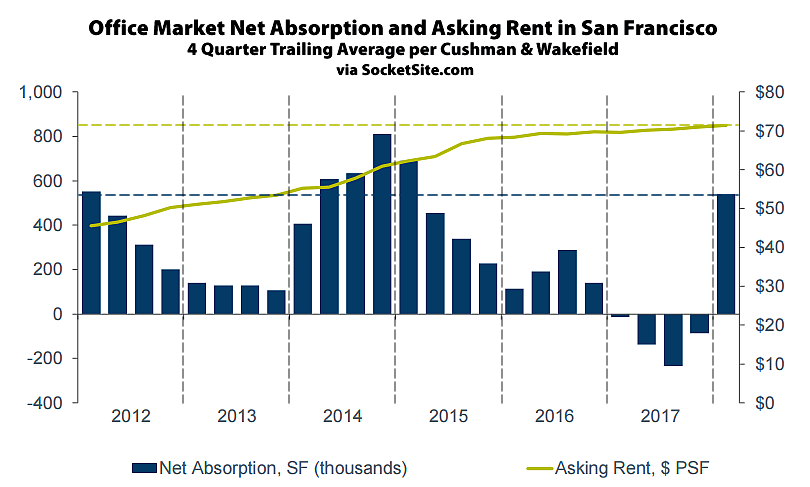 The average asking rent for office space in San Francisco inched up 0.5 percent in the first quarter of 2018 to an all-time high of $71.40 per square foot per year, which is 2.5 percent above the mark at the same time last year.

And the net absorption of occupied space was a record 2.25 million square feet in the quarter, driven by the delivery of Salesforce Tower (415 Mission Street) and 350 Bush Street, which together total over 1.8 million square feet and were delivered 97 percent pre-leased, according to Cushman & Wakefield.

As such, the overall office vacancy rate in San Francisco dropped 100 basis points to 7.6 percent (5.2 million square feet), which is 1.4 percentage points below the historical average of 9.0 percent and 1.1 percentage points lower than at the same time last year, but equal in terms of the vacant square footage, not accounting for 871,000 square feet of space which is technically leased but available for sublet. 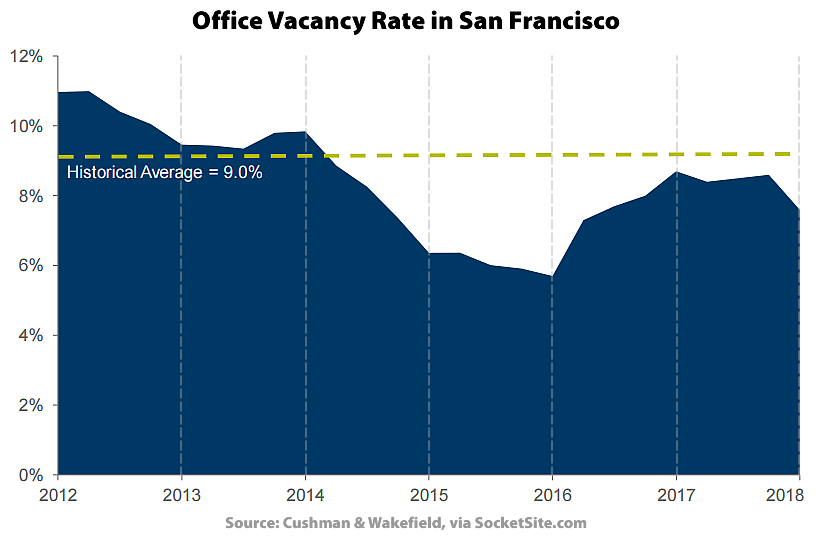 Certification of the Central SoMa Plan's Impact Report Pushed Back