The Latest Inventory of SF’s Housing Stock and Actual Development 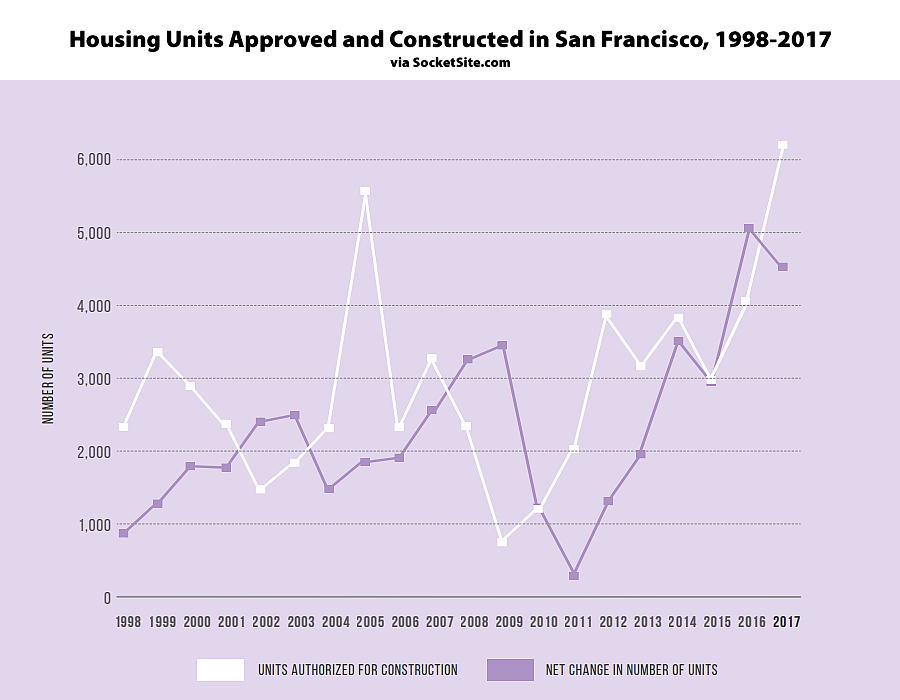 As such, San Francisco’s overall housing stock now totals just over 392,000 units, including 124,000 single-family homes and 111,500 units in multi-family buildings with 20 units or more. 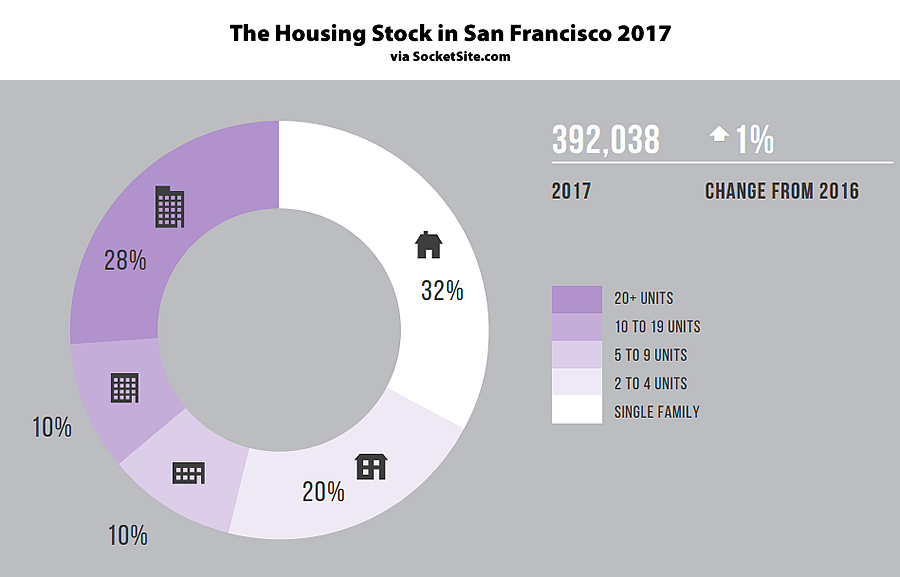 At the same time, plans for roughly 6,700 units of new housing were authorized by the City over the past year, a 66 percent increase from 4,100 in 2016 and versus a 20-year average of 2,940, leading to San Francisco’s record housing pipeline, but downward trend in actual building, as we first reported last month.

Plans to Develop "Too Tall" Hotel Tower Progress (And Grow)